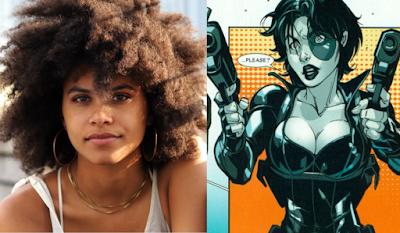 While fans have been eagerly awaiting the casting news of Cable in Deadpool 2, there has also been anticipation for the casting of the other new addition to the film, Domino. It was confirmed by Ryan Reynolds yesterday that Atlanta actress Zazie Beetz will be playing the mutant in the upcoming sequel to last year's hit film. I am not familiar with Beetz at all as an actress. I don't watch Atlanta, and after scrolling through her IMDb page, I haven't seen her in anything she's done. But I am still excited. One, we're a step closer to this film actually going into production. Two, I trust the filmmakers. Fans' confidences were shaken a bit when Tim Miller left the project, but with the addition of David Leitch, they so far have not taken a wrong step. I trust Reynolds and the producers on Deadpool 2 that if they say Beetz is the right person for the role, then I am excited to see her in the movie. Now that we're hearing the casting of Domino, I think it means we're closer to hearing about who is playing Cable. It could be sooner, but I'm thinking they'll announce it at San Diego Comic Con in July. But we'll have to wait and see. 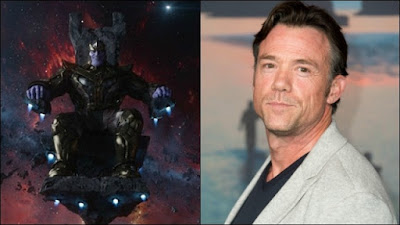 It has been confirmed that motion capture guru Terry Notary will be joining the Marvel Cinematic Universe as Thanos' (Josh Brolin) "right-hand man" in Avengers: Infinity War. I love this. Notary is known for his work as a movement choreography, where he trains actors how to move and act like whatever species or creature they may be. He was very prevalent in the behind the scenes videos for The Hobbit movies, where he trained goblins, dwarves, and elves how to move and act. He has also done mo-cap roles, especially in Dawn for the Planet of the Apes as Rocket, and in Kong: Skull Island as the King himself. From Liv Tyler to Hugo Weaving to Lee Pace to Andy Serkis to Martin Freeman to Benedict Cumberbatch to Cate Blanchett to Karl Urban, Marvel has had a habit of casting actors from The Lord of the Rings and The Hobbit, and rightfully so. They're all tremendous actors. So I'm excited to see Notary join the ranks. I'm looking forward to seeing who he will be playing, as I'm sure it's someone important from the comic books. 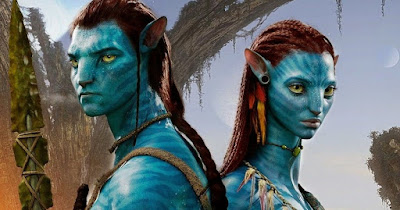 James Cameron has officially confirmed that Avatar 2 will in fact not meet its current December 2018 release date, and will be pushed back. Cameron... I love you, man. You've made some incredible movies. You're a genius. But this has to stop. I know you're developing special film technology for Avatar 2, 3, 4, and 5. I know you're trying to film all four back-to-back-to-back-to-back. But you're losing your audience. I don't think anyone gives a sh*t about Avatar anymore. I want to see these movies because they're from you, Cameron, but I honestly don't care about the fact that it's Avatar. You need to figure this out and get your head straight. Don't announce another release date. Just work until you have it right, and tell us when you start filming. The fact that you have consistently pushed it back every single year starting with a supposed December 2014 release date just shows that you have no real concept of when this will be ready. Either set a date and make the deadline, or don't give us another date until you're already shooting. I beg you, Cameron. Please just figure this out.

Best and Worst of February Movies 2017, courtesy
of Schmoes Know