Ridley Scott: Prometheus 3 is Already Written; May Film Next Year 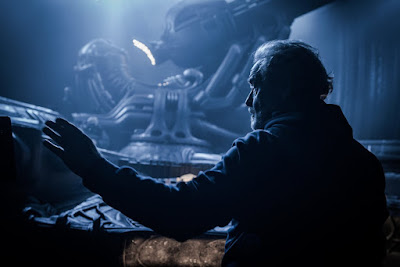 While Prometheus may have disappointed a lot of Alien fans, Alien: Covenant seems to be righting the ship. The first trailer was stunning, and the latest trailer was also incredibly intense. You can watch that second trailer here. Everything we've seen so far for Covenant has been exciting, and I am really looking forward to seeing the film in May. But back before we knew anything about Covenant, when it was still Prometheus 2, Scott had talked about his plans to do a Prometheus 3 and 4 as well. At the time, we all laughed it off, since Prometheus hadn't been his best work. But with Covenant looking to be truly incredible, the prospect of two further sequels is no longer so outlandish. But just because Scott can do two more sequels, doesn't mean he should. After The Martian, he proved that he was back after a long string of poor movies. Scott is a creative person, and I know I'm not the only one who wants to see him explore other possibilities outside of Alien. Plus, we still have that Neill Blomkamp Alien 5 film with Sigourney Weaver that can't start until Scott is done with his films. So is Covenant the right film for Scott to leave with, ending on a high note? That doesn't seem to be the case.

In a recent interview, Scott confirmed plans for Prometheus 3, and even went as far to say that it's already written and will most likely film next year. Scott said:

"You've got to assume to a certain extent success, and from that you'd better be ready. You don't want a two-year gap. So I'll be ready to go again next year." 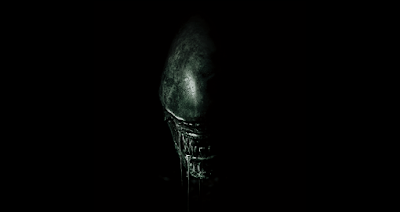 A year ago, I would have groaned and said that they were jumping the shark. However, after the past two trailers for Covenant, it now just makes sense. If Covenant is as good as the trailers have made it out to be, then I will absolutely be excited for a third one. If it's mediocre, then I won't be nearly as excited. While I am truly looking forward to seeing Covenant, I still really want to see Blomkamp's Alien 5. I want to see a true ending for Ripley and Newt, in the same vein as this weekend's Logan was a true ending for Hugh Jackman's portrayal of Wolverine. Alien 3 and Alien: Resurrection were not good films, and did not do the characters justice. It would honestly be a shame to permanently leave Weaver's character at that, when you still have time to make a final, send-off film for her. But we won't see that movie until Scott is finished with his movies. I think a third film is just assumed. If he can make a trilogy that ties in perfectly to the original Alien, I will be happy. If decides to do a fourth film or more, then I'll be a little upset. One, that's stretching out the story longer than it needs to be. Two, that gives us a smaller window of time to be able to get an Alien 5. Three, it keeps Scott on this property for too long, and I want to see him branch off and do other things. If Prometheus 3 films next year, then we'll probably get it in 2019. Assuming Scott is done after three, Alien 5 can probably be released in 2021 or 2022. At that point, Weaver will be 72 or 73. I don't think you could reasonably expect her to do an Alien 5 much later than that. So, to conclude, if Alien: Covenant kicks ass, I will be psyched for a third film. After Prometheus 3, there's a chance Scott will make a fourth, but I don't want him to, so that we still have time for an Alien 5 that wraps up and officially concludes Ripley's story.

What do you think? Are you glad that Prometheus 3 is already written and is shooting next year? Are you looking forward to Alien: Covenant? Do you want to see Scott do more films, or are you wanting to see Neill Blomkamp's Alien 5 more? Leave your thoughts in the comments section below.