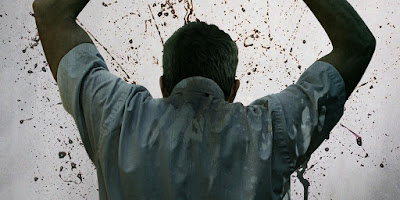 After Guardians of the Galaxy, James Gunn has really became a household name for me. I loved his work on that film, and I went back after and checked out Super. It's a fairly underrated comic book movie, even with it being a parody of the genre. So whenever I see his name attached to something, I'm instantly interested in it. Following Gunn on social media, you get a lot of behind-the-scenes looks at his projects. So I sort of followed the making of The Belko Experiment from its inception. Now, Gunn only wrote the movie. He didn't direct it. While I would have loved to have seen Gunn direct this, if it would have detracted from his work on Guardians of the Galaxy Vol. 2, then I'm perfectly fine with Greg McLean directing instead. So I've been excited to see The Belko Experiment from the beginning. While the reviews for the film have been somewhat mixed, I went in with relatively high expectations. Ultimately, The Belko Experiment does have its flaws, but works to give us an expendable B-movie that is just a fun time at the movies.

While at work at Belko Industries, a voice comes over the intercom suddenly, telling all the buildings' workers that thirty lives must be taken, or else sixties lives will be ended instead. Once the workers realize that this is not a joke, decisions must be made, and people take sides as the madness ensues. 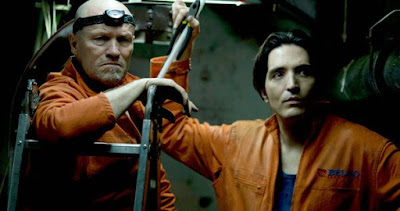 The strongest part of this film is its premise. It's really fantastic. There is so much possibility for this fun, satirical look at what people will do in certain situations. The film is really filled to the brim with brilliant possibilities. But for the most part, they remain just possibilities. I do think this is a really good script. As I was watching the movie, every single decision these characters make are what I believe to be decision that would realistically be made in this kind of situation. Everything they did made sense. It makes sense that a character would try this thing, or someone would do that thing. And the ultimate pay-off of the murderous madness at the end is well-earned, and is built up to the entire movie. On its own, I think this is a really great script. However, I don't think the execution of this screenplay was as good as if could've been. The characters making decisions and breaking off into groups could have been fascinating and riveting, but it didn't reach the level it should have. The actual streaks of killing could have been so cool to watch, but it comes off as kind of dull. Where the action could have been really inventive and insane, in a Kingsman: The Secret Service kind of way, it ends up being rather rudimentary and bland. There isn't nearly as much electricity or excitement in this film as it deserved to have. Like I said, I think Gunn wrote a really good script, but I don't think it was executed in the right way.

I thought overall the performances were pretty good. John Gallagher Jr. was a good lead. I've liked him in other things, such as The Newsroom and 10 Cloverfield Lane, so I always like seeing him pop up on screen. I wasn't as familiar with the other cast, but I thought they did a good job in their roles. Tony Goldwyn, Adria Arjona, and John C. McGinley especially stood out. Sean Gunn, however, I thought was terrible in this movie. The writing for his character was probably the weakest part of the script. He's supposed to be this paranoid stoner type, but the writing made him come across as a cartoon character, and Gunn played it as such. It was distracting and cringe-worthy, and it really brought the movie down. I've seen Gunn do great work in other things, so I'm not sure exactly why he was so bad in this. It could've been effective comedic relief, but it wasn't really written nor performed in that way. It just came across as bad. I also don't think this was ultimately the right medium for this story to be told through. While I thought James Gunn's script was really good, I don't think this story was suited best to be a movie. I think a limited, ten episode television series would have been better. Then, you could follow characters as they break off into groups and decide what to do. You could have had a lot of Lost elements in there, mixed with brutal violence. I still think you could revive this idea as a series later down the road. So while Gunn's script was good and I thought this was an adequate movie, a television series could be a lot better. 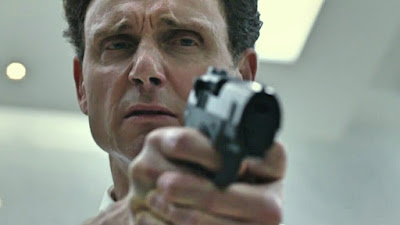 Overall, The Belko Experiment has a lot of great potential, but it doesn't quite reach it. James Gunn wrote a very good screenplay, that has a brilliant premise. It does feature a lot of the realistic actions that people in this situation would take. However, the film itself doesn't execute the script as well as it should have, lacking the punch and electricity that it needed to be a fully entertaining film. The main cast, led by John Gallagher Jr., turn in good performances. However Sean Gunn is terrible in this movie. His character is written and performed as a cartoon character, and it stands out in this film as a sore thumb. I think ultimately this story would have been better suited as a television series, where there would be more time to flesh out the characters, and to really examine their choices and decisions under pressure. The action is also kind of bland, and could have been a lot more creative and innovative. In the end, The Belko Experiment is an enjoyable but forgettable B-movie. More could have been done to make it a more lasting film, but it serves its purpose to just be entertainment for an hour and a half. I would like to see more done with this premise, but in the form of a television series rather than a sequel movie. 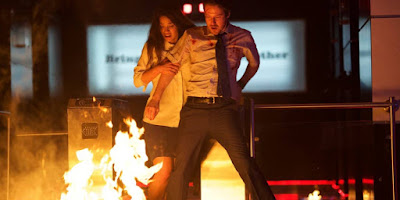 What do you think? Have you seen The Belko Experiemtn? Did you like the film? Leave your (spoiler-free) thoughts in the comments section below.