The Fate of the Furious- Trailer 2

While I'm a big fan of the Fast and Furious franchise, I wasn't particularly happy the trailer for the latest installment, The Fate of the Furious. I didn't like the idea of Dom (Vin Diesel) turning against the others, especially in the way it was shown. If it turns out that Cipher (Charlize Theron) has leverage over him, then I'll be on board. But it looked to me like it was mind control, since her character is supposed to be a technological genius. I will be very disappointed if it turns out to be mind control, because it's been done to death in other movies, and it wouldn't service the story in any way. It would feel incredibly contrived. So the latest trailer didn't do much to impress me, and I've been looking forward to this one more so than the other installments. It's directed by F. Gary Gray, who just came off of doing a magnificent job with Straight Outta Compton. Plus the additions of Theron and Helen Mirren sounded fantastic. But after a mediocre first trailer, and a let down with its Super Bowl spot, I was looking forward to seeing another trailer to hopefully get me back on board. And now we have a new trailer for The Fate of the Furious.

I definitely liked this trailer more than the other one, but I'm still not entirely on board. It's not explicitly explained, but it looked more to me like Dom was being blackmailed to do the things he's doing, rather than it being just mind control. The shot near the end when Michelle Rodriguez says "I know you still love me", there's a moment of complete vulnerability on Dom's face, before he fires the gun into the air. I think he would've had just a plain, blank stare if it was mind control. So I'm hoping it turns out that Cipher actually has leverage over him. The action in this looks just as crazy and insane as the previous films. Dwayne Johnson looks as great as ever, and he's really the saving grace of this franchise. The parts where Cipher was controlling the cars was a little cheesy, even for Fast and Furious. But it may work better within the context of the film. Overall, I thought the humor worked, the action scenes looked better, and if this storyline with Dom goes in the direction I want it to go in, it could end up being very effective. I'm not going to say I fell in love with the trailer, but it worked to bring me back on board, at least just a little bit more. 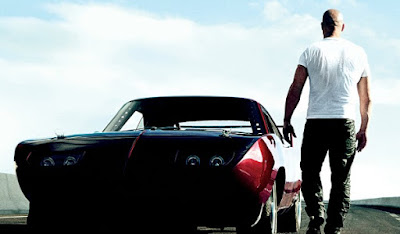 What do you think? Did you like the second trailer for The Fate of the Furious? Are you looking forward to seeing the film? Leave your thoughts in the comments section below.