The Matrix Reboot Won't Be a Reboot After All 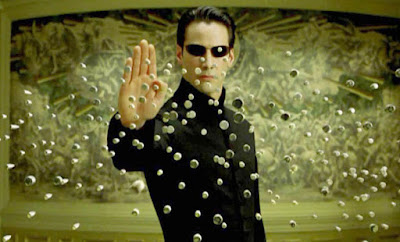 Just the other day, we learned that Warner Bros. is looking to reboot The Matrix, with Michael B. Jordan in mind to star. You can read our full article on the news here. I was upset by the news, as I love The Matrix. It is my personal favorite movie I've seen, and there is absolutely no need to reboot it. I am all for new movies set in the established Matrix universe, but a remake of the original is completely unnecessary. It's not as if the film has fallen into obscurity, since people are still watching and loving The Matrix. So remaking the original film holds no real value. However, the word "reboot" may not necessarily apply to this new Matrix movie at all. Screenwriter Zak Penn, who has been hired to write the film, took to Twitter to clarify some of the conjecture going around about the movie. The following are Penn's tweets strung together into a paragraph.

"All I can say at this point is no one could or should REBOOT the Matrix. People who know Animatrix and the comics understand. Can't comment yet except to say the words "reboot" and "remake" were from an article. Let's stop responding to inaccurate news. If I were going to recast Keanu Reeves, I would cast Keanu Reeves. How about just re-release the matrix? Don't reboot it, you can't do better. Do I want to see more stories set in the universe of the matrix? Yes. Because it's a brilliant idea that generates great stories. Look at what people are doing with Xmen universe. Between Logan and Legion and Deadpool, does anyone want them to stop? Not me." 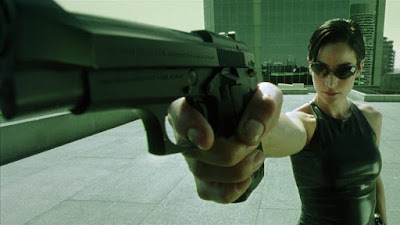 You would not believe how relieved I am. The Matrix is a very sacred and special film to me. Remaking it would have been heartbreaking for me. But I have been saying for the longest time that it is a universe ripe for more stories. I honestly believe you can have a Matrix universe as expansive as Star Wars. That doesn't mean we need a new Matrix movie every year, but I think there are so many stories to tell and so many different directions to go in. You could do prequels, sequels, spin-offs... the possibilities are truly endless. My ideal movie would be a Star Wars Episode VII: The Force Awakens kind of film, where you bring back Keanu Reeves, Laurence Fishburne, Carrie-Anne Moss (and of course Hugo Weaving), in order to pass the torch over to a new cast of characters. All the actors are still fully capable of doing more movies. We just saw Reeves and Fishburne reunite on screen in John Wick: Chapter Two. After the disappointments of The Matrix Reloaded and The Matrix Revolutions, these characters need a proper send-off. And I do think you can bring in a new cast to take over and make a new trilogy with.

There have also been talk that Michael B. Jordan casting was in reference to him being brought in to play Morpheus in an origin story for the character. While this would be better than a straight-up remake of The Matrix, I don't think I necessarily would want to see this. I said above that they could do prequel stories, but I meant earlier than Neo. Not origin stories of those characters from the original. I don't need to see Morpheus' backstory. Everything we need to know about him we learned in The Matrix. So I hope that's not the direction they're taking this new movie. Another thing I wanted to quick mention is just how excited I am now to see that Penn is writing this film. I didn't think much of it when he was announced (mainly because I was so angry that this reboot was happening), but reading these tweets, and hearing his love and appreciation for the original... it's so reassuring. His past screenplay credits, which include Elektra and X-Men: The Last Stand, alone don't give me that much confidence in him, but these tweets show me that Penn is passionate about this project. That really does convince me that he'll turn in a solid script. Look, these tweets from Penn are so great, because it means we won't be getting a reboot. I am now so excited to see what's coming next for The Matrix! 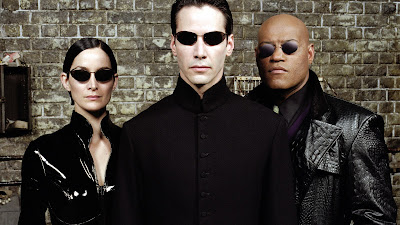 What do you think? Are you glad that there won't be a reboot of The Matrix? Are you happy that they're making more films set within the existing universe? What kinds of stories do you want to see? Leave your thoughts in the comments section below.