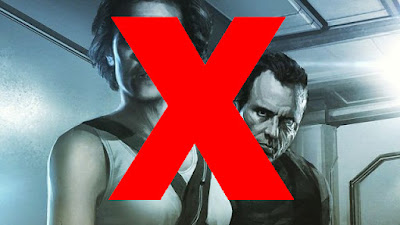 With Ridley Scott hard at work on his Alien prequel films, between Prometheus and now Alien: Covenant, there was also the prospect of an Alien 5, written and directed by Neill Blomkamp. A long time ago, Blomkamp released concept art of the film, which rewrote much of the events of Alien 3 and Alien: Resurrection. With his new film, fan-favorite Aliens characters Newt and Hicks would still be alive (as they were killed off in Alien 3), and would return alongside Sigourney Weaver's character of Ellen Ripley. The concept art all looked fantastic, and Weaver was incredibly excited about the project. However, Scott put it on hold, as he wanted to finish his prequel movies first. However, Scott recently talked about potentially four more movies, equaling to be two trilogies (you can read about that here). With this, the question lingered as to when Scott would finish his movies and allow Blomkamp to do his film. I personally wanted to see Alien 5 more so than another prequel trilogy by Scott, as I wanted to see a proper send-off for the Aliens characters. However, now it seems that we were never going to get that Alien 5 movie in the first place.

"I don't think it will ever see the light of day. There was never a script. Just an idea that evolved from a dozen or so pages. I had to participate as [a] producer, but it didn't go farther because Fox decided it didn't want to do it. As far [as] I was concerned, I had already done Prometheus and I was working on Covenant." 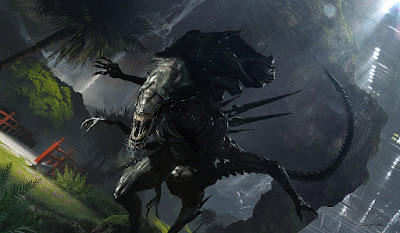 This is incredibly disheartening to hear. Ever since it was announced, I was so excited to see this film. Like I mentioned before, I want to see a true end to Ripley, Newt, and Hicks' stories. They were so greatly set up in Aliens, that it felt like a punch in the face when Hicks and Newt were killed off in the first five minutes of Alien 3. I am not a fan of that movie, nor Resurrection, and having those films erased with new mythology set by Blomkamp would have been fantastic to see. Plus, Blomkamp is such a big fan of the series. He did an amazing job with District 9, but hasn't been able to recapture that magic with his subsequent films. Elyisum was kind of dull, and I never saw Chappie because of how horrendous the reviews for it were. Despite all of this, I thought that a movie like an Alien 5 would be perfect for him to do, as he would put his all into it. He had said in interviews that he would put nothing but 100% into an Alien movie, and took the responsibility incredibly seriously, and I respected that. I had full faith that he could turn out a fantastic movie. And from everything we heard a couple of years ago, it looked as if this film was going full steam ahead.

Part of me is wondering if Scott is lying. We've known from the beginning that he was against Alien 5. He shut it down himself, in order to do his movies. Even from the way he talks about it, saying he "had" to produce it, you can tell that he did not like it at all. So I would not be surprised if there was actually a script, and it was further along than we initially thought, but Scott is just downplaying it in order to keep the focus on his movies. If that is the case, then I would be disappointed in Scott, because that would be incredibly egotistical of him. But, on the flip side, that would mean that the possibility of Alien 5 would still exist. I just don't know why Scott can't allow anyone else to play in the Alien sandbox. Maybe he was hurt by what happened in Alien 3 and Resurrection and, now that he has the franchise back, he doesn't want to let go. I can understand that logic, but it is childish of him to lie about the film and shut everything else down just because he doesn't want anyone else to make movies, if that is indeed the case. Look, I hope this happens at some point, before Weaver is too old to play the role. I think this is a movie we need, far more than four more sequels by Scott. I just hope that Fox and Scott don't wait too long to pull the trigger on this. 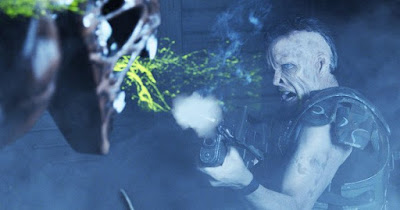 What do you think? Are you glad upset that we won't get an Alien 5? Do you think Scott is telling the truth on the project's progress before it was shut down? Are you looking forward to seeing Alien: Covenant? Leave your thoughts in the comments section below.