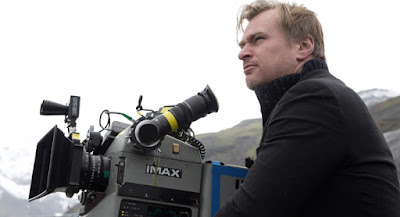 As Christopher Nolan is my favorite director working today, Dunkirk is naturally one of my most anticipated films of the year. What's fascinating about this movie is that we're seeing Nolan tell a different kind of story than he has told before. He's been doing comic book movies and science fiction for so long, that to see him tackle something as different as a war film is refreshing. It ultimately shows that he has range as a director, and can do a lot of different kinds of things. If Nolan is to make his name as one of the best directors to ever work in the industry, which I believe he absolutely can reach a little bit down the line, he has to do more than just one or two genres. He needs to try a whole range of different films, and excel at them. That is what makes Dunkirk so fascinating, because it is a historical war movie. With war being at the center of the film, many thought that Nolan's picture would earn itself an R rating. How do you depict war accurately without going into the gory details? I never bought into this idea, because Dunkirk is a big-budgeted summer movie. Warner Bros. was never going to let it be rated R. And many were disappointed when the news came out that Dunkirk was, in fact, rated PG-13. There have been plenty of great war films that have had PG-13 ratings, and they have told their stories just fine. But many were wondering if Nolan would have been able to tell a better story with an R rating instead, and whether this PG-13 rating would lead to the detriment of the film.


"All of my big blockbuster films have been PG-13. It's a rating I feel comfortable working with totally. Dunkirk is not a war film. It's a survival story, and first and foremost a suspense film. So while there is a high level of intensity to it, it does not necessarily concern itself with the bloody aspects of combat, which have been so well done in so many films. We were really trying to take a different approach and achieve intensity in a different way. I would really like lots of different types of people to get something out of the experience." 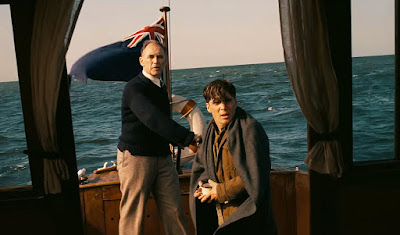 I wasn't going to address this story initially, because I thought it was pretty obvious that Dunkirk was going to be PG-13. But after reading Nolan's comments, I think he brings up a lot of interesting things about the film that we didn't know before. Nolan states that Dunkirk is not a war film, but is rather a survival story and a suspense movie. Now, I don't think Nolan literally means Dunkirk is not a war movie. It most definitely is. I think he means that war is not the center of the film. This movie does take place during World War II, and there will be plenty of war sequences, but the war is not the core of the movie. I'm mixed on how to feel about this. On one hand, I really wanted to see a Christopher Nolan war movie. I wanted to see his Saving Private Ryan, or his Hacksaw Ridge. Like I said before, he hasn't told a story like that before, and I want to see him branch off from what he's been doing for his whole career. On the other hand, if this is the story Nolan wants to tell, then I trust him. He acknowledges that the war film has been done so many times before, and he wants to look at and address a new side of it. On a conceptual level, that fascinates me. Nolan does look at things in an abstract way, and to see him find a new level or a new dimension in a war flick is really interesting. So while I did want to see a straight war movie done by Christopher Nolan, if Nolan wants to go in another direction, I absolutely trust him.

And Nolan's comment that all of his blockbusters have been PG-13 thus far just makes sense. Dunkirk is a big-budgeted, summer blockbuster. It wants to be on par with other summer movies like Spider-Man: Homecoming and War for the Planet of the Apes, and it can't compete with those films with an R rating. I know, everyone is screaming at their screens, saying that Deadpool and Logan were successful. Yes, but those films had budgets that are between a half and a quarter of Dunkirk's budget. We don't know exactly how big Dunkirk's budget is, but Nolan alone made $20 million dollars. So it's probably between $150-200 million. Yes, Logan can be made for $97 million, and make $586 million worldwide, and be a massive success. But if Dunkirk makes $586 million at the box office, it probably won't break even, let alone make the money Warner Bros. wants it to make, or needs it to make. An R-rated movie with a $200 million dollar budget is too much of a gamble. And while an R-rating would have been nice for Dunkirk, it was never going to happen, and Nolan knew that when he signed on to make it. He has made Dunkirk in a way that fits a PG-13 rating, and whatever movie he puts out, that he's proud of, I want to see. Nolan will do R-rated films in future; just not when they have $200 million dollar budgets. 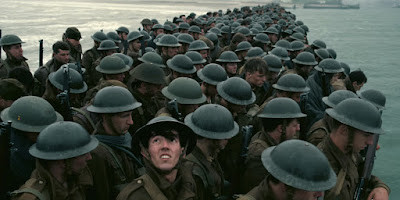 What do you think? Do you agree with Christopher Nolan's rationale? What do you think about him saying that Dunkirk is not a war film? Are you surprised that it's rated PG-13 and not R? Are you looking forward to seeing the film? Leave your thoughts in the comments section below.