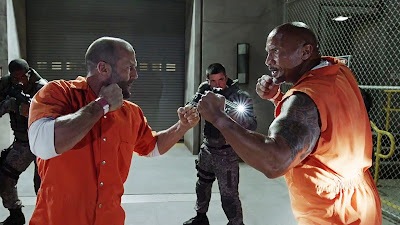 Whether you love or hate the Fast and Furious franchise, there is one undeniable truth: they make sh*t tons of money. Furious 7 finished its theatrical run with $1.5 billion dollars worldwide, making it the sixth highest grossing film of all time. In its opening weekend, The Fate of the Furious has already made over $500 million dollars worldwide, making it the second highest grossing film of 2017, just in its first weekend! Whether Fate of the Furious will catch Furious 7's record is still an unknown, but it will no doubt cross the billion dollar mark, and will be a complete and utter success. While I personally did not think Fate of the Furious was as good as some of the franchise's other installments, such as Fast Five or Furious 7, I did enjoy it quite a bit. This franchise has really honed in on and defined what a fun time at the movies is supposed to be, and absolutely excels at delivering on it. And Fate of the Furious was just more proof of that. You can read our full review of the new movie here. But for years now, Universal and Vin Diesel have been talking about doing spin-offs of the franchise, specifically focusing on Dwayne Johnson's character of Hobbs. While we haven't had any kind of official confirmation on this thus far, now it seems the gears are in motion: Deadline is reporting that Universal is in the early stages of developing a Fast and Furious spin-off film, centered around Dwayne Johnson and Jason Statham's characters of Hobbs and Shaw.

In the past, I have been opposed to a Fast and Furious spin-off with the Rock. If you focus on just him, then all you have is just some standard action movie starring Dwayne Johnson. What makes Fast and Furious what it is is the chemistry between all the characters. And if you have only one of them, then it's not really Fast and Furious. But having both Johnson and Statham is a fascinating concept. Easily one of the best parts of Fate of the Furious is the rivalry between Statham and Johnson. They have fantastic chemistry, and they spend the entire film riffing on each other, and trying to one-up the other. Taking those characters, and having Kurt Russell's character or someone send them both on a mission that requires their skill sets could be really fun. Maybe have a quick Vin Diesel cameo in the beginning, but the focus of the film being these two characters and them learning how to work together in order to get the job done. The more I think about it, the more on board I get! I think these are the perfect characters to spin off. I don't think anyone else, maybe aside from Vin Diesel and the Rock together, would benefit or work in a spin-off. But this idea of having both Statham and Johnson together gets me really excited, and I can't wait to hear more information about it. 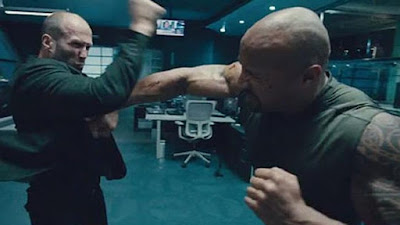 What do you think? Do you like the idea of a Jason Statham and Dwayne Johnson spin-off film, set in the Fast and Furious universe? What are some other spin-offs that you would like to see? Have you seen The Fate of the Furious yet? Did you like the film? Leave your thoughts in the comments section below.