The first Kingsman: The Secret Service was a surprise hit for me. I went in looking forward to it, but I was really surprised by just how much I loved it. It was brutal and violent, with endearing characters. It was just so much fun. And how awesome was that church scene? It has to be one of the greatest action sequences recently put to screen. It was fantastic. So, naturally, I've been rather excited for the sequel, Kingsman: The Golden Circle. However, we know practically nothing about it. Matthew Vaughn has returned to direct, and that's probably the center of my excitement for the film. If it was anyone other than Matthew Vaughn directing this movie, then I don't think I would really care about it at all. Because he infused so much of his own style into it, I think Vaughn is really the only one who could pull off a sequel. And really, this movie has gone completely under the radar. We have heard nothing about it, which is surprising considering the cast. You have Jeff Bridges, Julianne Moore, Halle Berry, Channing Tatum, Elton John for God's sake! Plus Taron Egerton, Mark Strong, and Colin Firth are all returning! This is an absolutely stacked cast, with the original director returning, and practically no one is talking about. But, that's all going to change now, because we have our first trailer for Kingsman: The Golden Circle!

This was a fantastic teaser trailer. We got a semblance of the plot, and a brief look at some amazing action sequences, but nothing more than that! Right off the bat, the action looked phenomenal. It looks exactly like what we got in The Secret Service, but amped up, which is all you can really ask for with a sequel. This property really is James Bond meets Jason Bourne meets Fast and the Furious, and that's exactly what it should be. Some of these action scenes had my mouth wide open... and this is just a ninety second trailer! Stylistically, we're right back in this thing, and I, for one, am super thrilled! We don't get a ton from the story in this trailer, but it looks decent enough. The Kingsman's headquarters gets blown up, so they travel to meet their American counterparts. I'm sure there's more to the story than that, but that's all I need to know at this point. Of the new cast, we get the best look at Channing Tatum, and his bar fight-type scene looked phenomenal. I think he's going to end up being a great addition to the series. And we do see a quick shot of Colin Firth at the end. Going in, I was afraid they might spoil how he comes back in the trailer. They teased it, but they didn't reveal anything, which was perfect. I really hope they have a good reason for bringing him back. But I do have faith in Matthew Vaughn. If anyone can pull it off, it would be him. Overall, I was very pleased with this trailer, and I can't wait to see more from Kingsman: The Golden Circle. 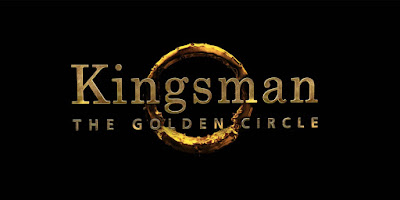 What do you think? Did you like the first trailer for Kingsman: The Golden Circle? Are you looking forward to seeing the film? Leave your thoughts in the comments section below.