James Gunn Will Return to Write and Direct "Guardians of the Galaxy Vol. 3" 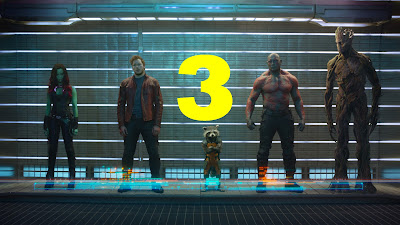 It's strange to think that Guardians of the Galaxy Vol. 2 is only 19 days away from being released. I have been anxiously awaiting this sequel ever since I saw the first one in 2014, and it was incredible! I love that movie, and I've been excited for the sequel ever since. And a large portion of what made Guardians of the Galaxy so fantastic and unique was the vision of writer/director James Gunn. He injected so much of his own creativity and personality into the film that it became just that... personable. Guardians is so different from Thor or Iron Man, because Gunn is such a different filmmaker from Kenneth Branagh or Jon Favreau. And really, Gunn is what makes Guardians work, in my opinion. So when Gunn mentioned that he wasn't certain whether or not he would write or direct Guardians of the Galaxy 3, I was nervous. I would completely understand if Gunn wanted to leave the franchise in order to do new things, because he's a creative guy. As much as I would want to lock him in a room and force him to make twenty more Guardians movies, he has to do other things in order to keep his creative juices flowing. And I would totally respect his decision to step away. But I really couldn't see another filmmaker coming into Guardians 3 and doing what he did with the first (and most likely the second). I just couldn't think of another director who could continue Gunn's vision, unless this director took the series in a completely different direction, which would break my heart.

However, in a recent post on Facebook, Gunn confirmed he would write and direct Guardians of the Galaxy 3, saying:

"So, after many months of ruminations and discussions, I know the answer [if I will write and direct Guardians of the Galaxy 3]. I could save this answer for the first, random interviewer to ask me during the press junket but instead I thought I'd share it with the most important people in the Guardiansverse-- you, the fans, who have been so incredible supportive and enthusiastic over the past five years, it has moved me to tears on a regular basis.

"So, yes, I'm returning to write and direct Guardians of the Galaxy Vol. 3." 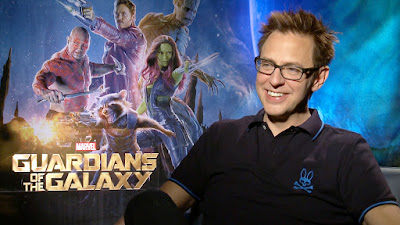 Obviously, this makes me really happy. Gunn will become the first Marvel Studios director to do a trilogy of films, which is exciting in of itself. My one hesitation with this is that directors who stay on one property too long can become tired, and the third film can suffer for it. We've seen this countless times before, especially in the comic book movie world. Sam Raimi with Spider-Man 3. Christopher Nolan with The Dark Knight Rises (though I personally love this movie). So you do run the risk of Guardians of the Galaxy Vol. 3 suffering for Gunn's return. But Gunn actually addresses this in this larger Facebook post, which you can read in full here. The fact that he does address it and is aware of it is reassuring to me, because you know he's going to actively try to avoid the same trap other directors have fallen into. Plus, he only signed on to do this a third one because he knew he had another story to tell, and cared about the characters too much to walk away at this point. That spells nothing but good news for me. None of us have seen Guardians of the Galaxy Vol. 2 yet. It could suck. It is highly unlikely, but it could. And if it does in fact suck, then we'll all be clamoring for Gunn to step away from Vol. 3. But, as I think Vol. 2 is going to be awesome, I have nothing but high hopes for Gunn's work on Vol. 3. 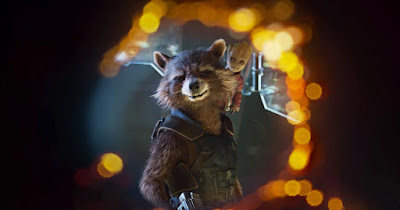