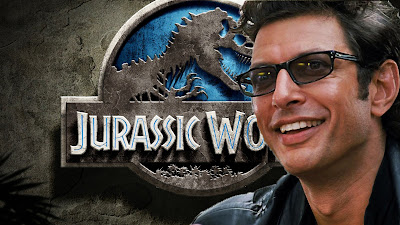 To me, it's a shame that not more people liked Jurassic World. I actually really loved that movie. It was a perfectly realization of what a real-world "Jurassic Park" would look like. It would be a lot like Disney World, but with, you know, dinosaurs. I thought all of those elements were fantastic, and perfectly executed. Did it, when everything erupted into chaos, feel a lot like Jurassic Park? Yes, but it's a f*cking sequel! Of course it will have shades of that. Is it as good as the original? No, but I never expected it to be. For me, Jurassic World accomplished pretty much everything I wanted it to. But no one could have predicted how big of a movie it was going to end up being. Jurassic World slayed at the box office, becoming the fourth highest grossing film of all time with $1.7 billion dollars. No one saw that coming! And since 2015, when World came out, I've been looking forward to seeing the sequel. Colin Trevorrow left so he could be available to do a little film called Star Wars Episode IX, and J.A. Bayona was brought in instead. At the time, I had no idea who this Bayona guy was. However, he did a film called A Monster Calls last year, which was one of my favorites of the year. It was phenomenal! So I can't wait to see what he does with this movie. But other than the return of the principal cast and the addition of Bayona, we've known practically nothing about this sequel. However, we now know a little something new. Jeff Goldblum, who played Dr. Ian Malcolm in the original Jurassic Park films, has been cast for Jurassic World 2.

A lot of people thought that Goldblum would make a surprise cameo in Jurassic World, but of course he never did. So, at this point in the game, it absolutely makes sense to bring his character back. I've speculated since 2015 that the sequel would deal with the ramifications of the first movie. Hundreds of people died in that movie! If some ride malfunctioned at Disney World, and there were fatality numbers as high as they were in Jurassic World, it wouldn't just be ignored. Jurassic World 2 has to explore what happens after the first one. And it would make sense that Dr. Malcolm would get caught up in that, considering his experience and history with "Jurassic Park". Now, we don't know exactly how large of a role Goldblum will have in the film. It could be a leading role; it could be a cameo. At this point, who knows? My guess is that he'll have maybe twenty minutes of screen time. He's not going to steal Chris Pratt's thunder, but he's not going to have a blink-and-you-miss-it appearance either. When Goldblum is on screen, he'll be on! But he's not going to hijack the entire movie. I think that is ultimately the best approach, and makes the most sense. Like I said, it already makes sense that his character would come back into the fold, so now it's all about making sure that they don't over or under use him. 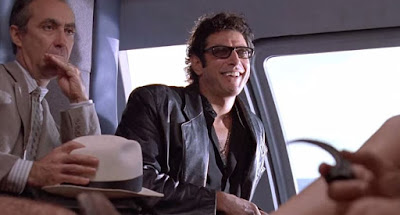 What do you think? Are you glad Jeff Goldblum is joining Jurassic World 2? Are you looking forward to seeing the film? Leave your thoughts in the comments section below.