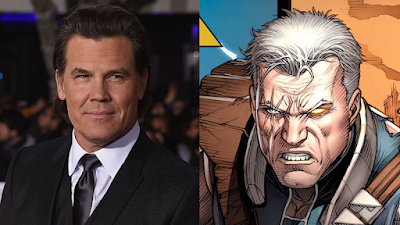 The biggest question mark surrounding Deadpool 2 has been who will play Cable, Deadpool's (Ryan Reynolds) super-serious partner/occasional enemy. It's been everyone's top question ever since it was teased at the end of the first Deadpool, during the post-credits scene, when Reynolds approached the camera in costume and confirmed the character's involvement. In the fifteen or so months that have taken place since then, it seems like every other day there were new rumblings and rumors as to who would be ultimately be cast. Many big names have been thrown around, such as Michael Shannon and Brad Pitt. But nothing has been certain, and we haven't known anything with true merit... until now. It's now confirmed that Josh Brolin has officially been cast to play Cable. Sources are saying that Brolin has a four picture deal with Fox, which would include the next couple Deadpool movies, as well as X-Force.

I'm really surprised that Brolin's name wasn't mentioned before, because now it just makes complete sense. It's similar to what happened for me when I heard Ben Affleck had been cast as Batman. He was never rumored, and I had never thought of it before, but the more I thought about it after I heard he had been cast, the more I realized just how perfect the casting actually was. Brolin is a perfect fit for Cable! He's got the physical build necessary for playing this hardass military general, and Brolin can definitely pull off the ultra-serious demeanor. But he also has comedic chops, and I'm sure he will have the excellent chemistry needed with Ryan Reynolds in order to make their shared screen time truly special. What's interesting about this casting choice is that Brolin is also currently playing the big-bad in Marvel's Avengers: Infinity War, Thanos. Maybe that's why fans didn't necessarily consider Brolin to be an option, since he was already involved with Marvel. But Peter Dinklage was in X-Men: Days of Future Past, and is now in Infinity War, so it's not exactly unprecedented. So with Avengers 3 and 4 currently shooting back-to-back, it means we probably won't be getting Deadpool 2 until after Brolin has wrapped with Marvel. However, we don't know exactly how much screen time Brolin will actually have as Thanos in both films. So it's very likely that Deadpool 2 will shoot this year, with a 2019 release date in mind. Like I said before, the more I think about this, the more I realize just how perfect this casting is. I am very excited about this, and can't wait to find out more information. 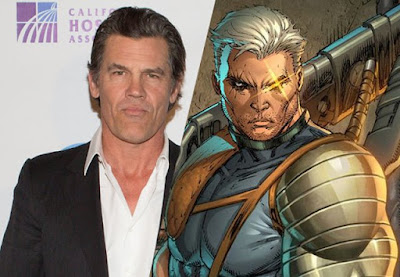 What do you think? Do you like the casting choice of Josh Brolin as Cable? Is he a good fit? Are you looking forward to seeing Deadpool 2? Leave your thoughts in the comments section below.