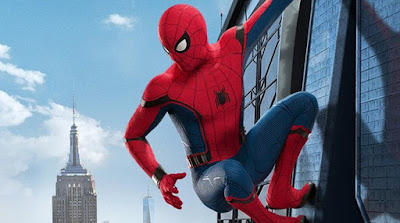 With Spider-Man: Homecoming hitting theaters this summer, it's amazing to think about how unprecedented it is for two studios such as Sony and Marvel to come together and work on a film like this. It's something that is really extraordinary for fans of the character, like me. Sam Raimi told some fantastic stand-alone stories, but there's something truly special about seeing Spider-Man (Tom Holland) interact with characters like Captain America (Chris Evans) and Iron Man (Robert Downey Jr.). Holland made a great debut as the character in Captain America: Civil War, and I'm excited to see his adventures continue in Homecoming. However, former Sony producer Amy Pascal scared some of us fans when she seemed to suggest that, after Marvel and Sony's current deal, that Spider-Man's involvement in the Marvel Cinematic Universe would be over. Of course, this sent tidal waves through the fan community. Recently, MCU head Kevin Feige spoke about the deal with Sony over Spider-Man, and clarified some of Pascal's comments.

In his statements, Feige addressed the six film contract, and also confirmed Spider-Man's appearance in the still untitled Avengers 4 film.

We already knew about the six film contract. The first film was Civil War, and the second Homecoming. The next three are Avengers: Infinity War, Avengers 4, and Spider-Man: Homecoming 2, with the sixth still unknown. We had known about Infinity War and the sequel to Homecoming, but, like I said above, this is the first official confirmation that Spider-Man will in fact be in Avengers 4, which is currently being shot back-to-back with Infinity War. This only makes sense. If Holland is on set for Infinity War, then why not put him in Avengers 4 as well? We don't know the story yet, of course, but having Spider-Man in it just makes sense. My assumption is that the sixth film would be Spider-Man: Homecoming 3. All the studios like to do trilogies, so I think having a split balance of three cameo appearances and three solo films just makes sense. You close out a set of films, and, if need be, you can move on cleanly. Sony has had the experience of cutting short a planned trilogy, and I'm sure they would want to make sure they have three set and done, should anything happen when they renegotiate with Marvel. But it's also completely possible that the sixth film may be an appearance in a movie like Black Panther, or Ant-Man and the Wasp.

Feige did confirm that, after these six films, Marvel and Sony's contract is up, but they could definitely renegotiate. When we get to 2019, when the contract ends, I'm sure they'll renegotiate. There are a couple of things standing in the way, however. When Sony initially made the deal with Marvel, they were in a very tough place financially. They were also in a complete mess concerning the character of Spider-Man. It is a strong possibility that, come 2019, Sony believes that they don't need Marvel, and can do it all themselves. I hope to God that Sony doesn't do this. The whole reason that The Amazing Spider-Man films failed was because they didn't know what they were doing, and the reason the character succeeded in Civil War was because Marvel does know what they're doing. Sony pulling out in order to keep all the profit would just screw the character over. I do think, however, that Sony leaving is more likely than Marvel leaving. Marvel is not gaining nor losing nearly as much as Sony is with this deal, and with all their other successes, I don't think it matters to them nearly as much if Spider-Man is in their universe. When 2019 hits, Sony could f*ck this whole thing up, but I hope they have learned as a studio that there is much more to gain further down the line if they stick with Marvel. I really want to believe that they'll negotiate another six movies, but I just can't say for sure that I know that will happen.

What do you think? Are you glad that Spider-Man will be in Avengers 4? Do you think Sony and Marvel will renegotiate their deal in 2019? Who would break it off? Are you looking forward to seeing Spider-Man: Homecoming? Leave your thoughts in the comments section below.