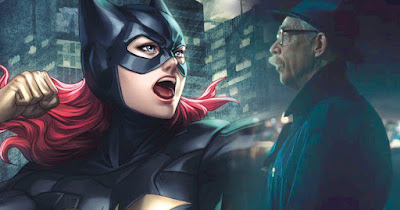 It is being reported that The Avengers director Joss Whedon is in final negotiations to write, direct, and produce a Batgirl film for DC. I have said this a million times, but I will repeat it here: I am so sick of DC announcing endless projects without delivering on any of their promises. They have close to two dozen films announced, with most of them beings spin-offs. You can't do the spin-off until you make the thing you're spinning it off from. We don't even have The Batman, and we're already talking about Nightwing and Batgirl? I don't want to hear anymore DC movies announced until we get Wonder Woman, Justice League, and Aquaman. Then I can start to turn my attention to new movies. Even then, I would be turning my attention to Man of Steel 2, The Batman, The Flash-- not Batgirl, Nightwing, Gotham City Sirens, or Black Adam. Is Joss Whedon an excellent director? Yes, he is. Is Batgirl a film I want to see at some point? Yes, it is. But DC is rushing everything in order to crank out movies, when they don't even have a sturdy basis or foundation established. Focus on your priority films. Nail The Batman, Man of Steel 2, Cyborg, Green Lantern Corp first, and then you can move onto movies like Batgirl. 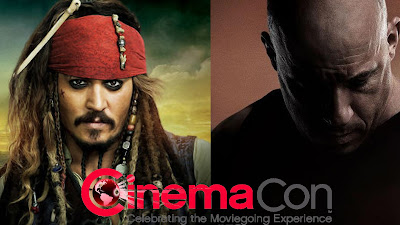 This past weekend was CinemaCon, where studios show footage and screen films for theater chains. At the convention, both Pirates of the Caribbean: Dead Men Tell No Tales and The Fate of the Furious were shown in their entirety, with both garnering positive buzz. With The Fate of the Furious, I'm more relieved than anything. I haven't really liked the past two trailers, and I was afraid that we were going to get a movie that wasn't in line with how great the past three movies have been. But, apparently, it's excellent. It's ridiculous and over-the-top, but it's a lot of fun. It seems like everything I've been afraid of is handled and solved in a smart way, so that makes me very happy to hear. And I am really surprised that Pirates is any good. The trailers have been pretty bad for this new film. I checked out of the franchise after the first one, and I've had zero interest in this one from the beginning. However, everyone coming out of CinemaCon is saying that it's more in line with the original, and that it's a lot of fun. So now I'm definitely interested in going to see Dead Men Tell No Tales. With these two screenings, two movies that had a strong possibility of being poor turned out to be really good, and now I am very excited to check both out in theaters this summer. 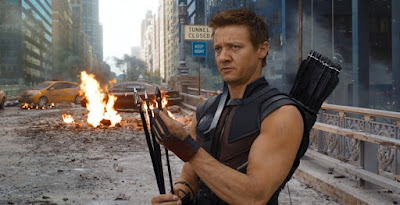 At the same time that it was announced that Jeremy Renner would not be returning for Mission: Impossible 6, it was reported that the actor may appear in 2018's Ant-Man and the Wasp. Everyone makes fun of Renner's Hawkeye, but I don't see the problem with it. He may not be as cool of a character as a Captain America (Chris Evans) or an Iron Man (Robert Downey Jr.), but Renner still brings it every time he's on screen. The more we get of him as Hawkeye the better, in my opinion. However, this news means that Hawkeye survives Avengers: Infinity War, as Ant-Man and the Wasp comes out in between Infinity War and Avengers 4. Since Hawkeye is probably the least dynamic character of the Avengers, he was everyone's first pick to die in Infinity War, and hearing that he could be in Ant-Man and the Wasp eliminates that possibility. Now, he could still die in Avengers 4, but this news takes away some of the suspense that we would have had going into Infinity War. If Renner does show up in Ant-Man and the Wasp, then I think he absolutely eats it in Avengers 4. This would be Marvel trying to use as much of Hawkeye as they can before he bites the bullet, which is a smart thing to do. It does take some of the suspense away from Infinity War, but I'm ultimately excited to see him pop up in Ant-Man and the Wasp.