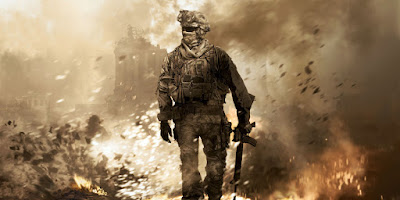 Producers over at Activision recently spoke about their plans for a Call of Duty movie, saying that they are actually plotting out an entire "Marvel-esque" cinematic universe. Look, I'm all for a Call of Duty movie. I never played the game much myself, but it seems like a simple enough concept that it would translate well into film. But this talk of a Call of Duty Cinematic Universe is such bullsh*t. Not one video game movie has come out and has been both critically and financially successful, and Activision is already planning an entire cinematic universe? It's like if every comic book movie had been sh*t awful and bombed at the box office, and then Marvel decided to do the Marvel Cinematic Universe. It makes no sense to plan an entire cinematic universe around an unproven commodity. I think Activision should worry about just one movie. Just make one. If it's good, then make a sequel. If that's good as well, then you can think about more big picture ideas. But what they're saying right now sounds so rushed. This right now isn't even putting the cart before the horse; this is putting the cart before the whole f*cking racetrack! 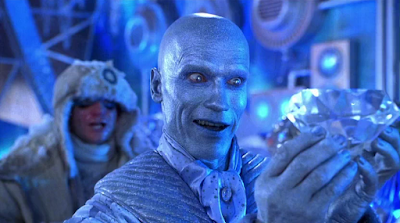 Arnold Schwarzenegger recently talked about his performance as Mr. Freeze in 1997's Batman & Robin, and said he would be up for playing another Batman villain in the current DC Cinematic Universe, as long as the story was good. When has a good story ever been the line for whether Schwarzenegger would be in a film or not? I love the guy, but he's done a lot of crap. And Batman & Robin is probably the tip of his sh*t-berg. I still regard Batman & Robin as the worst movie I have ever seen. It's an embarrassment for Batman fans, and it's saddening to think that that was the last Batman movie creator Bob Kane saw before he had died. I wouldn't be surprised if it was in fact Batman & Robin that killed him. So, needless to say, Batman & Robin is a blight of human existence. So while I really like Schwarzenegger, I'm not ready to see him pop up in another Batman movie. I'm sure there's some role he'd be good for, but I don't want to see it. If Schwarzenegger wanted to do some other comic book movie, I'd be more okay with that. But please, please don't touch Batman again. Mr. Freeze wasn't entirely your fault, but seeing you alongside Batman in a movie would just bring back too many bad memories that I have tried to suppress for years now. 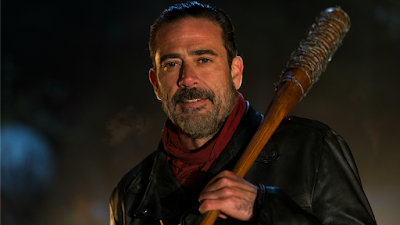 It has been confirmed that Watchmen and The Walking Dead actor Jeffrey Dean Morgan has joined Dwayne Johnson and Joe Manganiello in Rampage. Morgan is a fantastic actor. Everything he's in he brings a real presence to it. Even if the movie isn't the best, he's always the stand-out in it. So him joining anything is really a buy in my book. I hope he plays his usual rough, badass self in this movie. Maybe he and Manganiello are brothers in this, which could be really cool if they do it right. But this Rampage cast is really shaping up to be something quite special. Not only do they have Johnson, Manganiello, and now Morgan, but they also have Naomie Harris, who was just nominated for an Oscar for Moonlight. With the director of San Andreas, Brad Peyton, I think this movie could be a lot of fun. We were just talking about video game movie adaptations, and this technically is one, since it's based on an arcade game. So could Rampage be the first really good video game movie? Well, adding Jeffrey Dean Morgan certainly doesn't hurt its chances.

Hollywood! STOP The Movie Remakes!! UNLESS...,
courtesy of Screen Junkies

What if The Matrix Starred Will Smith, courtesy
of The Unusual Suspect