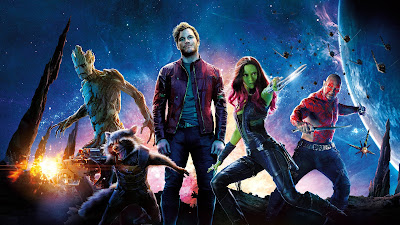 While it was recently announced that James Gunn would return to write and direct Guardians of the Galaxy Vol. 3 (which you can read about here), it looks as Marvel already has their sights set for a fourth installment. In an interview for Guardians of the Galaxy Vol. 2, Gunn mentioned that after this trilogy was finished, it would be the end of this iteration of the Guardians. If a fourth volume were to happen, Gunn said, then the team would look radically different. What makes this so interesting is that Chris Pratt was recently asked about his contract, and he said that even though it was almost up, he would without a doubt sign a new deal. So why would Pratt be signing a new deal if his character will be done by Vol. 3? Does Marvel have plans for Star-Lord and Gamora (Zoe Saldana) and Drax (Dave Bautista) and all of those characters elsewhere? Does Avengers: Infinity War and Avengers 4 see them join the earth-bound Avengers, and a new cosmic team takes over as the Guardians? No one has any answers right now, and I don't think we'll officially know what will be happening for another few years. But in Marvel I trust, and I think regardless of what they do, it will end up being really cool. 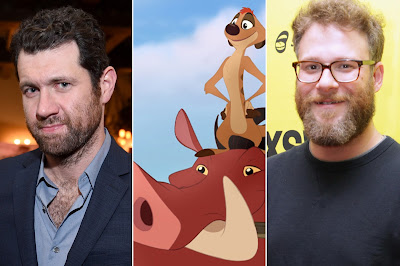 After the recent casting of Donald Glover as Simba and the return of James Earl Jones as Mufasa for the "live-action" The Lion King adaptation, we now have even more casting news. It has been confirmed that comedians Billy Eichner and Seth Rogen will be voicing the characters of Timon and Pumbaa, respectively. I think Rogen is perfect casting. When they announced this remake, I immediately thought of Rogen as Pumbaa. He has the deep, raspy voice that fits this character perfectly. And while Eichner wouldn't have been my first choice for Timon, I think he works well. He has the higher voice needed to fit the character, and to be a contrast to Rogen's deeper voice. Casting two comedians just makes sense, as these are really the comedic relief roles in the film. I think they'll be able to work together well, and give us some memorable moments. It was also revealed that the movie will be coming out on July 19th, 2019. It's a prime release date. This movie is going to make a lot of money, and putting out in the middle of the summer blockbuster season makes complete sense. And 2019 is a good year for it. If it was 2018, I would nervous that they wouldn't have enough time to get all of the visual effects done right, but 2020 or 2021 would be too far off for me to care about the project at this point. So 2019 is a prime year for this to come out. With all this news, I am really excited to see what Jon Favreau does with The Lion King. 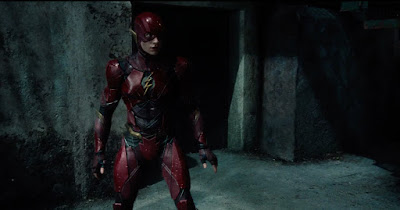 It is being rumored that Back to the Future and Flight director Robert Zemeckis is considering directing The Flash for DC. If this happens, this may be the best director-project pairing so far for this DC Cinematic Universe. Zemeckis is a perfect director for The Flash. Already from the Justice League trailers, we can tell that The Flash (Ezra Miller) will be the comedic relief of this cinematic universe. So bringing in a fun and colorful director like Zemeckis is complete genius. Now, Zemeckis can also do dark drama, as evident with Flight. So if DC wants to have shades of that in their film, Zemeckis could do it easily. But I personally hope for a Back to the Future-type of style for The Flash. You can have all the jokes and all the fun, and The Flash can also navigate the timelines, similarly to Doc and Marty. If this happens, and Zemeckis signs on to direct, then I think The Flash shoots up as one of my most anticipated DC films in production. But, we have to keep in mind, The Flash goes through directors like it's toilet paper. They've had three directors on board at this point, so even if Zemeckis joins, there's no guarantee that he'll stay. I have a feeling though that DC will do everything in their power to keep Zemeckis on. So while we shouldn't get too excited about this, I am pretty excited at this point.

Guardians of the Galaxy Commentary, courtesy
of Collider Video