I have actually been interested in seeing The Discovery for some time. First of all, the premise sounded absolutely fascinating. What would the world look like after the existence of an afterlife was scientifically proven? It's a very intriguing notion, and I think it would make for an absolutely fascinating movie. Plus, the cast in this film is outstanding. Jason Segel is an interesting choice for the lead in a drama like this, but he is still a really good actor. Rooney Mara and Robert Redford are both fantastic, so this was a pretty stacked cast. What's also interesting is that this is a Netflix-released film. Netflix has been crushing it with their original content, and have been releasing compelling and intriguing media. They have done a great job with television, and have recently been moving more towards film. 2015's Beasts of No Nation was a really good film, with an incredible performance by Idris Elba. So I've had my eye out for more original Netflix films. And with The Discovery, it seemed like we could have a true hit on our hands. However, while the possibilities are all there, The Discovery never really hits the notes it should, nor does it reach its full potential.

Two years after the existence of the afterlife has been proven, Will (Segel) travels to the home of the creator (Redford) to try to get him to disown the proof, in order to stop the wave of suicides plaguing the present day. 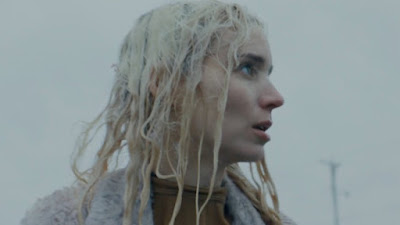 All the technical aesthetics of this film is perfect. It's a brilliantly framed film, with some absolutely beautiful cinematography from Sturla Brandth Grøvlen. The shots were so excellently framed, with a palpable richness emulating from the screen. It just looked gorgeous. It's a very traditionally made movie, with an emphasis on static shots and rule of thirds. But I think this technical, visual choice helped root the more out-there premise in reality. The writing by Charlie McDowell and Justin Lader was kind of mixed. There was some excellent dialogue between the characters, with a lot of really interesting philosophical concepts introduced. However, the writing surrounding the dialogue wasn't the best, and the themes never really panned out in the way they should have. McDowell also directed the movie, and I also thought this was mixed. He did a great job overseeing the technical elements I commented on before. The acting in this movie is also fantastic. While Jason Segel and Robert Redford were really good, Rooney Mara acted circles around them with her eccentric character. In the hands of a less-capable actress, her character could have come across as incredibly annoying. But Mara was able to play it in such a way that you come to really like her character. But McDowell does kind of drop the ball with directing in terms of the pacing of the movie.

For me, the first and last twenty minutes of The Discovery are great. But everything else in between that is just kind of bland. Sure, there's some beautiful cinematography, great acting, and well-written dialogue, but the story itself just trudges along. The film kicks off to an excellent start, and then doesn't amount to much. There's so many fascinating concepts and dynamics introduced, but they don't pay off. That's really what The Discovery is: a whole lot of potential that doesn't hit the way it should, or frankly deserves to. Much of the film actually deviates from the development of the awesome premise, and focuses instead on developing the relationship between Segel and Mara. That's fine if you want to do that, but that's not what I wanted to see. And when we finally do find out the overarching mystery of what the afterlife actually is, it's rather disappointing. It's an idea that's been done many times before in film, and it was just incredibly underwhelming. The film also has some very anti-religious themes and ideas. While religion is bound to come up in a movie that concerns the afterlife, it felt like the movie went out of its way to be anti-religious, and was incredibly blatant rather than subtle. It came off as very preachy to an extent, which is ironic in of itself. 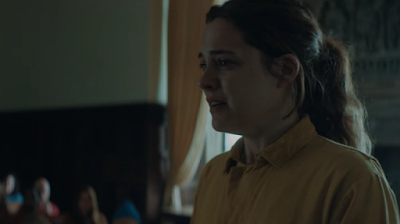 Overall, The Discovery is a disappointment for people expecting it to be the next big thing from Netflix. It's beautiful from a technical perspective, with excellent cinematography. The performances are also really good, especially Rooney Mara's. There is some great dialogue between the characters, and some compelling themes introduced. However, none of this pans out the way it should. The writing that connects the scenes was messy, and made for some pretty extreme coincidences. The ideas introduced don't really go anywhere, nor amount to anything much. The film has some major pacing issues, and felt a lot longer than it actually was. The plot moves away from its incredible premise to develop other things, and it just wasn't what I wanted to see. The movie also has some very blatant anti-religious moments that felt too over-the-top and unnecessary, as if the writers crammed it in there just for the sake of having it in there, without it really pertaining to what was going on. And the ultimate reveal of what the afterlife actually is was just underwhelming and disappointing. In the end, The Discovery is a fine enough movie, but if you're someone who was actually really excited to see the movie, you'll ultimately be disappointed. 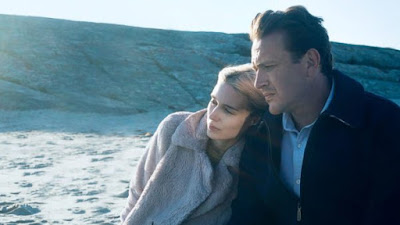 What do you think? Have you seen The Discovery? Did you like the film? Leave your (spoiler-free) thoughts in the comments section below.