The Fate of the Furious SPOILER-FREE Review 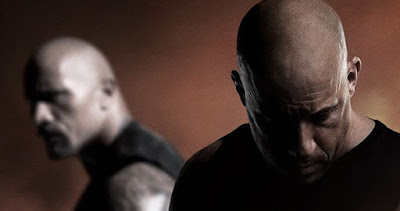 While I haven't seen the first half of the Fast and Furious movies, I did pick up the series with Fast Five. I loved that movie, and it really got me pumped for this new, outlandish, blockbuster series (you can read our full review for that film here). Furious 6 was a step down for me, but it was still an enjoyable film (you can read our full review here). And Furious 7, of course, was emotionally impacting due to the recent passing of Paul Walker. It was a very good film, and handled the tragedy as perfectly as you could possibly handle it (you can read our full review here). So up until this point, I've been pretty on board with the franchise. However, I wasn't thrilled with the trailers for The Fate of the Furious. They've just felt off to me. It looked like, in the trailers, that Dom (Vin Diesel) was being brainwashed by Cipher (Charlize Theron), which sounded incredibly stupid... even for a Fast and the Furious movie. I was going into this film praying that it wouldn't be that, and, mild spoiler, it's not. There's no brainwashing here, so if you were conflicted over the movie because of that, don't worry. Ultimately, The Fate of the Furious is just as fun and exciting as the other films, but it was just missing something that really makes Fast Five and Furious 7 so special.

After Dom Toretto (Diesel) turns on his team and joins the villainous Cipher (Theron), Hobbs (Dwayne Johnson) must lead in the team in stopping Dom and Cipher from stealing technology that would give them access to nuclear weapons. 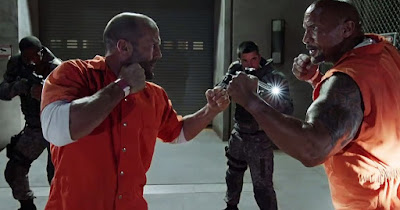 The best part of this movie was, of course, the action. I said this on Twitter and I stand by it: I don't go into these movies expecting Oscar worthy screenplays. I'm just looking for dumb fun, and that's what all the Fast and Furious movies have delivered perfectly on. And you certainly get your fill of dumb fun here with The Fate of the Furious. If you stop and think too much about what's actually going on, you're going to ruin it for yourself. You're not supposed to think about it. There's a woman controlling cars and drive them out of buildings. Dwayne Johnson corrects the trajectory of a torpedo. A lot of stupid, crazy sh*t happens on screen... but it's so much damn fun to watch! Just take these scenes for what they are and move on. The usual crew is back for this. Vin Diesel is as good as ever as Dom. The only unfortunate thing is that he's separated from the rest of the crew for the majority of the movie, so we don't get the usual comradery and chemistry he has with everyone. Even if it is minus Vin Diesel, we still get that chemistry from everyone else that makes these characters and their interactions so much fun. Dwayne Johnson is once again the shining star of the film. He has the best action scenes and the best one-liners, and is just a complete badass through and through. Tyrese Gibson is also once again the shining comedic star of the film. He has always been the comedic relief, and excels at it. He's always fantastic in these movies.

And there are some surprise heavy-hitters in this film. Jason Statham, who was the villain in Furious 7, re-appears in this movie, and he's fantastic. He's one of the movie's stand-outs. We do see his character develop and evolve a bit as he works with the team, which only shows us that he's kind of in this for the long-haul. And I don't mind that at all! The scenes between him and Johnson were comedic gold, and I really want to see more of that in the future. There are also some surprise cameos in this movie, which I won't spoil, but they were fun to see. The direction by F. Gary Gray was decent. After the work he did with Straight Outta Compton, I was expecting something truly masterful from him. Gray definitely plays up the silliness of the franchise well, but doesn't do a lot to give us a strong narrative. Then again, as I said before, I wasn't expecting one. But when you do get a name like an F. Gary Gray, you do expect something to come of that. And it didn't feel like someone as masterful as him was actually behind the wheel (pun intended, of course). 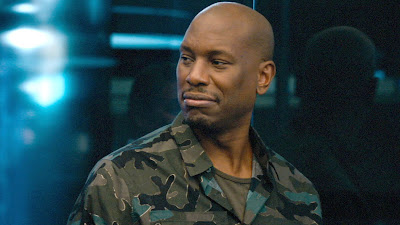 While there were all these crazy stunts and cool action sequences going on, there was something missing. The previous films had an emotional core and a center to them that elevated the films from just being something as stupid as the Transformers movies. It's because you care about the characters. And with The Fate of the Furious, I don't think I connected with the characters as well as I did with the previous ones. For a film that's about family breaking up, it probably challenges the characters the least of all the other movies. Sure, they fight, but I didn't feel the emotional struggle of the characters. It wasn't something like Captain America: Civil War, where I knew where everyone was coming from, and it was emotional hitting when they fought. Here, it just felt a little hollow. I think this problem not only stems from the writing of the characters, but of the fact that this movie plays it rather safe. The story doesn't really take risks. It's just an episode in a larger story, and nothing changes by the end of the movie. Everything is exactly the same way as it was in the beginning. Sure, events happen. But nothing happens that changes these characters fundamentally, or affects them into becoming different people by the end than in the beginning. When you realize that nothing has changed, it kind of makes you ask yourself why you just spent the past two hours and sixteen minutes watching this film, other than for some dumb fun. But, at that point, what separates that from just watching Transformers?

Overall, The Fate of the Furious is another fun installment in the series, but it doesn't do much to make a name for itself. It has all the outrageous stunts and cool action sequences that you came to see. Everyone is back as their awesome selves. Vin Diesel is great. Dwayne Johnson is awesome. Tyrese Gibson is hysterical. Jason Statham was surprisingly good in the film, and there were a few other cameos that were great to see. However, F. Gary Gray didn't bring as much to the film as a director as I had hoped he would, especially coming off of the incredible success of Straight Outta Compton. The characters also didn't resonate with me as much in this movie as they had in previous ones, but that's probably because the characters don't really evolve at all over the course of the film. They're the same at the end as they were in the beginning, and it becomes frustrating. Sure, the action is cool and the characters are fun, but, since we're eight movies and counting into this series, you kind of need to keep developing the story and the characters. I did like The Fate of the Furious more than Furious 6, but it wasn't nearly as good as Fast Five or Furious 7. It gave me most of what I wanted, but I was hoping for just a little more than I actually got. 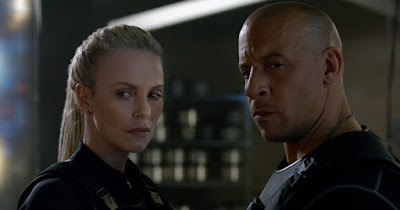 What do you think? Have you seen The Fate of the Furious? Did you like the film? Leave your (spoiler-free) thoughts in the comments section below.