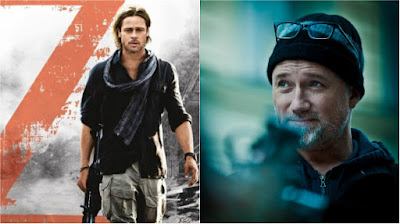 I didn't get a chance to see World War Z in theaters, but I did see it later when it came to Netflix. What I saw was the director's cut, and maybe it was because it was the director's cut, but I really liked it! It was a great zombie film, and I didn't understand why the reactions were simply mediocre. Again, perhaps the theatrical cut was lacking and the director's cut was a major improvement, I'm not exactly sure, but I really enjoyed World War Z. And for years now we've been hearing about the prospect of a sequel. For the longest time, it was slated to come out in 2017. Obviously, that isn't going to happen. But it didn't seem like anything was actually happening with the sequel, until it was revealed that the studio was having talks with David Fincher to direct. Considering Fincher's last big budget experience was Alien 3, which he has personally disavowed as one of his films, I couldn't see Fincher wanted to jump back in with the big fish. He was so badly burned last time that I didn't think Fincher would want to sign the dotted line. However, it is being reported that Fincher is in final negotiations to direct World War Z 2.

There are so many reasons to be excited for this. First of all, we're getting a new David Fincher movie! Fincher is such a fascinating director, and is one of my favorites working today. Every time he's attached to a project, I'm immediately interested in it. Second, we're getting a reunion between Brad Pitt and Fincher. This will be their fourth collaboration, after Seven, Fight Club, and The Curious Case of Benjamin Button. So seeing them back together is exciting enough. But now we're not just getting a David Fincher zombie movie, but a big budgeted David Fincher zombie movie. I have a feeling Fincher won't be too beholden to the first film, and even though I like that movie a lot, I think that will ultimately prove to be a good thing. Fincher can interpret and depict this project however he wants, and that is an exciting prospect. I also think it will be great for Pitt and Fincher to work together both as creative minds. In the past, Fincher has simply directed Pitt, but here Pitt is a producer on the movie. So the two of them will be able to collaborate and work together on bringing Fincher's unique vision to life. Look, this is incredibly exciting, and I cannot wait to see what they end up coming up with. 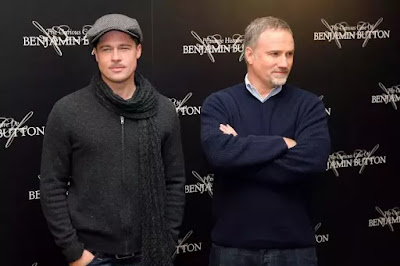