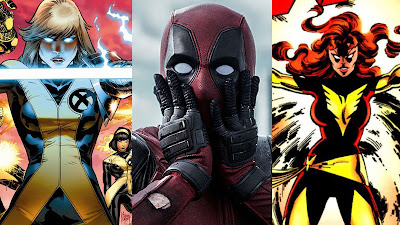 While studios have gotten cozy with releasing two comic book movies a year, three a year is an honor no one has held yet. Originally, Fox was going to become the first studio to do so in 2016. They had Deadpool, X-Men: Apocalypse, and Gambit all slated for 2016 releases. However, Gambit fell apart, and the studio kind of swept it under the rug. Since then, Marvel has risen up to seize that title. This year, Marvel will be releasing Guardians of the Galaxy Vol. 2, Spider-Man: Homecoming, and Thor: Ragnarok. Even though Homecoming is co-produced by Sony, it is still a Marvel film, and thus Marvel becomes the first studio to release three comic book movies in one year. And it kind of makes sense that Marvel would have this honor, since they are the leading studio in producing comic book movies right now. However, it looks as though Fox is coming back with a vengeance. Even though they can't take that title back, that's not stopping them from barraging us with a fury of X-Men films. 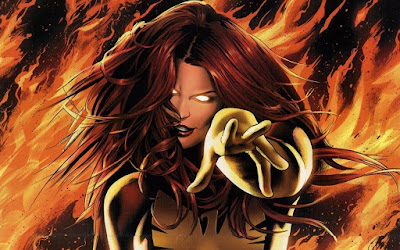 Let's break this down. First of all, we now have a title confirmation for the next X-Men movie. We had speculated, ever since the end of X-Men: Apocalypse, that the next one would be an attempt to do the Dark Phoenix Saga story right, after X-Men: The Last Stand butchered it in 2006. The title for this next one was rumored to be Supernova, which would have fallen in line with it concerning the Dark Phoenix Saga. However, writer (and rumored director) Simon Kinberg shot down those reports a little while ago. Now it seems, the title will be, more bluntly, Dark Phoenix. This is exciting news, because I've wanted to see this story done right ever since I saw The Last Stand. It's such a pivotal story to not just the X-Men, but to the character of Jean Grey herself. However, I wasn't thrilled with Sophie Turner was Jean Grey in Apocalypse. I thought she was okay, but was kind of bland. I'm hopeful that maybe, since this story revolves around her entirely, that she'll put more into the role this time. I'm also interested in seeing more of the younger X-Men, depicted in Apocalypse, as I thought they were the best part of that movie. Overall, I think this could be a very exciting film, and I'm interested to learn more about it, especially who will be directing it.

While I think Dark Phoenix is the big take-away from this story, Deadpool 2 is a close second. I thought for sure we wouldn't be getting this movie until 2019. We had just heard that Josh Brolin was cast as Cable (you can read the full story here), and they're still in pre-production. It seemed like 2019 would be the earliest Deadpool 2 would come out. But nope. We're getting it next summer! That is incredibly exciting. Someone fact check this for me please, but is this the first time that an actor has appeared in two separate comic book movies in the same year? If Deadpool 2 comes out in 2018, that is the same year that Brolin will be playing Thanos in Avengers: Infinity War. Just a month after, in fact. I'm not sure if that has happened before or not, but it's interesting nonetheless. If Deadpool 2 really is coming out next June, then they should be filming soon. They'll probably begin in the next couple months or so. Which means we may be getting a title, more supporting cast announcements, and a semblance of plot all very soon. 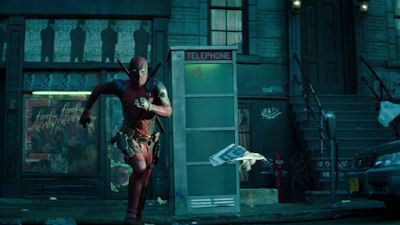 And now, for The New Mutants. Even though this will be the first film to come out, I saved it for last because I know the least about it. I'm definitely looking forward to it. I've said this before, but I think the future of the X-Men franchise is to branch off from the Charles Xavier-led X-Men, and focus on properties like X-Force and The New Mutants. But it depends what, in this film universe, the New Mutants are. Spoilers ahead for Logan. If you haven't seen the film yet, just skip to the next paragraph. Throughout the film, the young mutants that Logan (Hugh Jackman) is taking X-23 (Dafne Keen) to are referred to as the New Mutants. And, at the end, after Logan's death, these New Mutants disappear and head off to Eden. I don't think referring to them as the New Mutants, with a New Mutants movie in the works, was accidental. If Josh Boone's film focuses on these characters, grown up a few years after Logan, with X-23 as the lead, then I am all for it! I think that would be incredible, and it would be a great way to branch off the X-Men brand even further. But if it's just a bunch of brand new characters (from the comics, yes, but new to the movies), then I think that is a missed opportunity, and I don't know if I am as excited for it. We'll have to wait and see what Fox and Boone end up doing with the film.

Look, all of this is incredibly exciting. While I do think the future of this franchise is doing movies like The New Mutants and Deadpool 2, I'm happy to hear they're going to try to do Dark Phoenix right. I think it's one of the last things X-Men needs to do before they're done with their movies. They finally did Wolverine right with Logan. They course-corrected a lot of things with X-Men: Days of Future Past. They re-introduced the X-Men with Apocalypse. Now, with Dark Phoenix, they can finally do that story right, and maybe be done with the traditional X-Men. If that film takes place in the 1990's, then it would lead perfectly into the first 2000 X-Men film, and we can be done with that chapter of the series. The, we can move our focus to movies like Deadpool, X-Force, and The New Mutants. With Deadpool 2, I'm just happy that we're not going to have to wait until 2019 to get the movie. And The New Mutants is an exciting prospect that I hope pans out. Can we please take a second and appreciate the fact that this franchise has been running for seventeen years now, and has no plans to stop. Spider-Man has to be rebooted every five years, but X-Men has been going, set in the same universe, for almost twenty years now. That is impressive, and I don't think we stop and appreciate that enough. So as we head into the next few years of X-Men films, just remember how much work and dedication it has taken from the filmmakers and studio to keep this series going. 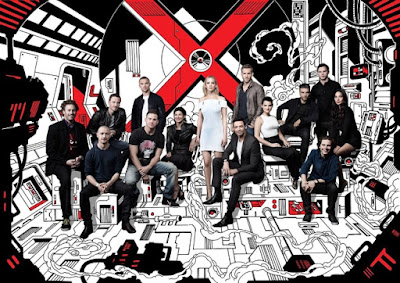 What do you think? Do you like that they're going to tackle the Dark Phoenix Saga again with X-Men: Dark Phoenix? Are you happy we're getting Deadpool 2 next year and not 2019? When do you think The New Mutants will take place? Which of the three are you most excited for? Leave your thoughts in the comments section below.