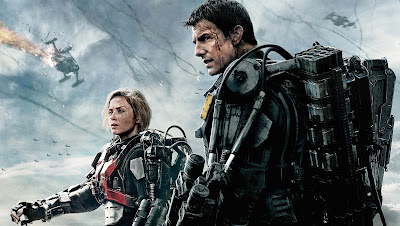 Back in 2014, when Edge of Tomorrow was coming out, I thought it looked like the stupidest thing. The trailers were pretty bad. It just looked your typical, cliched science fiction movie, and nothing about it stood out. There was nothing appealing about the marketing. However, reviews began coming out, and they were surprisingly good. So I went and saw it for myself, and I loved it! It's a fantastic movie that suffered from a terrible marketing campaign. And I think that's really what kept people from coming out in droves to go see it. On a $178 million dollar budget, the movie made $370 million dollars worldwide. That is not very good. It probably did lose the studio some money. But there was good word of mouth, and that kept the film alive past the theater on home video. However, the studio screwed the film again, by changing the movie's name once it was out on Blu-Ray. While Edge of Tomorrow wasn't the best title, it was certainly better than renaming the movie after its tagline: Live Die Repeat. Great tagline, but not a great title for the actual movie. So even though Edge of Tomorrow got really good word of mouth, nobody could find it because they renamed it Live Die Repeat. The studio just completely sh*t the bed with the marketing, and just did not know how to handle this movie. Because of all of this, I wasn't sure if we would ever be getting a sequel. However, now we have an official answer on the status of a sequel.

"We have an amazing story! It's incredible! Way better than the first one, and I obviously loved the first film. It will be called Live Die Repeat and Repeat. Tom [Cruise] is excited about it, and Emily Blunt is excited about it. The big question is just when we'll do it. But it's not an if, it's a when." 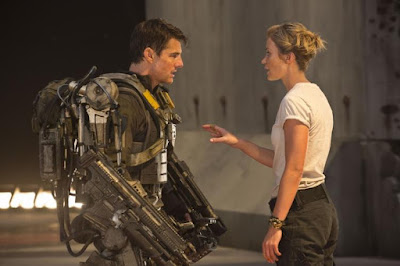 There's a couple of things to unpack here. First of all, I'm so glad that they are officially making the sequel. Like I said, the movie didn't do that well at the box office. So the likelihood of a sequel was rather unknown. But Liman says officially that it's not an issue of if, but an issue of when, which is fantastic news. Edge of Tomorrow absolutely deserves a sequel, because it was such a great movie. And they really created a world that could easily have a sequel. And Doug Liman will be returning to direct! That is exciting in of itself. I wasn't sure if that would happen, since he's currently working on the Justice League Dark movie. But no, I guess he is coming back for this one. Liman did such a great job directing the first one, that I'm incredibly excited to hear that he is returning. And with both Tom Cruise and Emily Blunt back as well, I think this bodes nothing but good things for the sequel. If they weren't coming back, then my interest in this sequel would plummet. Especially if Blunt wasn't coming back. While Cruise led the film, she really was the star of it, and was the best part. If Emily Blunt wasn't returning, then I don't know if I would be interested in this sequel at all. But with Cruise, Blunt, and Liman all back, then I think we're going to get something pretty special with this sequel.

While that's all good news, there's just one little part of this that sinks this a bit for me: the title. Live Die Repeat and Repeat. That has to be the stupidest f*cking title I have ever heard for a sequel. It's even worse than 2 Fast 2 Furious. First of all, as much as the studio wants to change the title of the movie, everyone knows it by Edge of Tomorrow. No one calls it Live Die Repeat. So having the title of the sequel be based around "Live Die Repeat" is a stupid idea. The average fan is not going to make the connection. Then, you have their idea of being clever, by making the sequel be Live Die Repeat and Repeat. The word "repeat" implies that it repeats. You don't have to f*cking repeat it! Again, this would be a good, tongue-and-cheek tagline for the sequel, but it doesn't work for the f*cking title. This just shows to me that the studio didn't learn their lesson from the marketing for the first movie. This name is proof that they still have no idea how to market this property. It is such a stupid title, that I don't know how it was approved. Who signed off on it? What happens when they make a third film? Will it be called Live Die Repeat and Repeat and Repeat? How far is this thing going to go? I really hope they change the title. They're not going to, but I really hope they do. 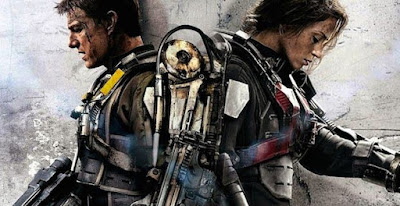 What do you think? Are you glad we are getting a sequel to Edge of Tomorrow? Are you happy that Tom Cruise and Emily Blunt are returning? Do you like the title Live Die Repeat and Repeat? Did you like the first film? Leave your thoughts in the comments section below.