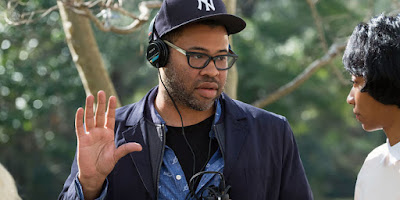 I remember, back when Jordan Peele was announced to be writing and directing a horror film, I wasn't sure what to think about it. Jordan Peele? The comedy guy who always worked with Keegan-Michael Key? How was that going to go? But Get Out turned out to be really good, and mainly because it wasn't a straight horror film. It was a social commentary, that had elements of horror. But it also had elements of comedy, and Peele effortlessly navigated this, and seamlessly switched between the two genres, sometimes within the same scene. It felt like Peele was already a veteran director, which is an incredible accomplishment on his part, especially since this was his directorial debut. You can read our full review of Get Out here. But after seeing the film, I was immediately up for whatever Peele wanted to do next. There were rumors that he would be doing an adaptation of the Anime property Akira, which I did not want him to do. Peele just did a brilliant job directing a film with a minuscule budget, and it crushed at the box office. The production budget was $4.5 million, and it made close to $200 million dollars at the worldwide box office. That's crazy to think about. So I was hoping for Peele to stick with doing smaller budget films, and not something big like Akira would be, and it looks like I will be getting my wish.

It has been announced that Jordan Peele will be making his next film with Universal, and that it will be very much in the same vein as Get Out. On the project, Peele said:

"I wanna stay in the genre. While I was developing [Get Out], I was also simultaneously developing four other projects that I call social thrillers. Each one is meant to deal with a different human demon; a different monster that sort of lurks underneath the way that we interact with one another as human beings. So I hope to soon direct another one of these social thrillers-- it's not gonna be about race, it'll be about something else, but it's gonna be very cinematic and fun... to come up with the perfect monster for a horror movie we really need to look no further than the monster that is all of us. Not so much an individual psycho killer, but the humanity that gets lost between us." 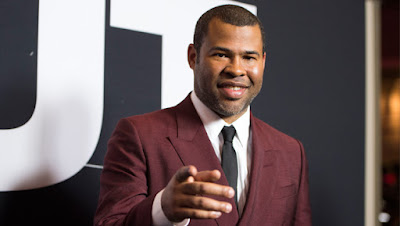 I think this is great on multiple levels. Like I said before, I wanted Peele to stick with smaller budgeted films, and this will be just that. Granted, a Universal representative did say that the budget for these next movies will be five times the budget of Get Out, but even then it will stick around the $20-25 million dollar range, which is still incredibly low. I don't want Peele to tackle a $200 million dollar film next; I want him doing exactly what he did with Get Out. I want to see more from his creative mind. That's why the potential of him doing a film project like Akira was disheartening to hear. I don't want him adapting someone else's work and getting a $150 million dollar budget. I want him making his own films. Peele sold us on his voice as a director with Get Out, and I want to see more of that voice. And him doing more of these "social thrillers" is promising. The social commentary of Get Out is really what made it so profound, and what made it stand out from other, more traditional horror movies. It's an element of the film that was not only captured perfectly, but that Peele has handled well in other things, such as with his sketch show, Key and Peele. So I definitely want to see him explore that more in other films.

Peele also said that he was simultaneously developing four other projects while working on Get Out, and that is exciting news. And it sounds like, while they wouldn't necessarily be a "Get Out Cinematic Universe" or anything like that, these five films would work together in tandem. The idea that these movies are connected in some way, even if it's just in style and in themes, excites me. The five of them together could make each individual one more profound. Peele says they all tell different aspects of the human demon, and that sounds fascinating to me. Get Out deals with racism, so what will be at the center the others? Sexism? Xenophobia? There are so many pertinent issues that Peele could deal with, and I do think that he would be the right person to deal with these kinds of issues. I think, with these films, Peele can develop such a unique style that he could become one of the more refined directors in Hollywood. I am very much looking forward to these movies, and I can't wait to see what Jordan Peele comes up with. 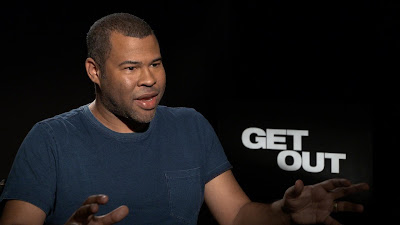 What do you think? Are you happy Jordan Peele has signed with Universal? What other movies do you want to see him do? Did you see Get Out? Did you like the film? Leave your thoughts in the comments section below.

get out jordan peele nate universal