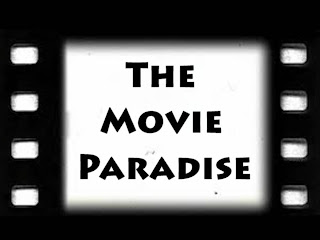 Three years ago today, I posted the first article for The Movie Paradise. I just wanted to take a moment today to thank everybody who reads this site. It has been an incredible honor to be able to do this, and that people actually care about what I have to say! I've conducted interviews with some very exciting people in the industry. I've launched a bunch of editorial series that have really taken off. And most importantly, I've been able to connect with other fans, and do what I love to do most; talk movies. Now, not everything this site has done has been successful. There have been a few editorial series that didn't really land with people. We attempted a podcast that didn't pan out in the way I wanted it to. But at the end of the day, the successes of this website outweigh the failures, and that's really all I could ask for. I've had the privilege to have my good friend Rob guest write on this site. He's done transcipt articles, as well as his own lists and editorials. I'm so glad to be able to get other people involved with The Movie Paradise, and I hope to continue that into the future.

For me, The Movie Paradise is a constant in my life. I've undergone a lot of changes in my life over these past three years. But, at the heart of it all, I always write for this site. Sometimes what I put out isn't my best work, and that sticks with me and forces me to do better. Sometimes I give it 150%, and I am thrilled when it lands with people. But regardless of what has happened or occurred in my life, I have stuck with this site, even when I've considered shutting it down. I think readers recognize that kind of resilience, and I think it has allowed me to grow and mature as a writer and as a critic. I read some of my first articles, and they're complete and utter sh*t. I don't know what the hell I was thinking! It wasn't until well into my time writing this site that I came upon the profound realization that I should revise and edit my articles before posting them. I don't know how that didn't dawn on me sooner. But as the volume of films I've seen has increased, and the sheer amount of writing and analyzing and reviewing I do for this site has grown, I really feel my strengths have really grown with it. All in all, I just can't see myself not doing this in some form or another. So, we've been here for three years, and we're not stopping anytime soon. I have some plans for this site. I'm not going to get into details, because things aren't exactly finalized. But there is potential for new writers to come in, and another stab at a podcast at some point. But that's a long ways away from being finalized. Just keep your eyes open for the news of what we'll be doing in the months and years to come.

Everyone, thank you so much for reading this site and sticking with us. Our readership only continues to grow, and for one person writing on a daily basis, putting hours and hours of work into this website every week, it just makes me happy to see it taking off in the way that it is. So thank you all for your support and for reading.