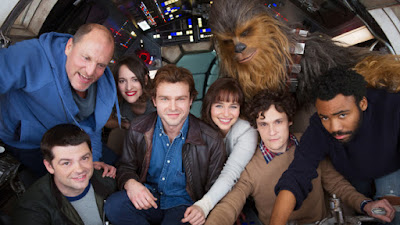 With Star Wars Episode VIII: The Last Jedi hitting theaters in December, sights have also been turned to the still untitled Han Solo anthology film, which is currently slated to be released next May. It was being helmed by Phil Lord and Chris Miller, which was incredibly exciting. They are fantastic directors, who have given us gems like 21 Jump Street and The LEGO Movie. So having them do a Star Wars movie sounded awesome. And it was really my only incentive for this project, other than it just being Star Wars. I love the character of Han Solo, but I never really wanted to see a prequel origin film about him. It just wasn't something, out of all the possible Star Wars movies, that I really wanted to see. But with Lord and Miller helming it, it really caught my interest, and I would certainly give it a chance. And since then they've assembled a great cast, including Alden Ehrenreich, Donald Glover, and Woody Harrelson, and have brought back Star Wars Episode V: The Empire Strikes Back writer Lawrence Kasdan to write it. So even if I wasn't totally on board with the idea, they had a good enough cast and crew behind it to keep my interest. But now there has been a major shake-up that really changes everything!

Directors Phil Lord and Chris Miller have been fired, right in the middle of filming. LucasFilm president Kathleen Kennedy says that a new director will be announced soon, who will finish filming, and oversee post-production and reshoots. 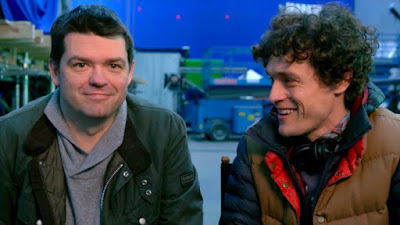 This came as a complete shock. At first, we didn't know they were fired. It sounded more like they had left on their own, which I didn't know you could even do! Later, we learned the real reason why this all happened. According to The Hollywood Reporter, Lord and Miller were clashing with writer Lawrence Kasdan, and Kennedy thought their comedic background didn't fit with the character of Han Solo. They had all believed they could work through it, but it became increasingly apparent that it was affecting the movie. So Lord and Miller were kicked out, with a new director to be announced soon. Ron Howard and Joe Johnston are said to be viable candidates. You can read the full article here. My biggest question here is this: if Kennedy and Kasdan thought that Lord and Miller's comedic inclinations were so disparaging to the character, then why the f*ck were they hired in the first place? This is something that seems to have become a sort of trend in Hollywood. A director gets brought on, and then they part way with the studio after a while because of "creative differences". Before you hire the director or the writer or whoever the f*ck it is, you should both agree on the movie it is your making. I don't understand, if Kennedy thinks that Lord and Miller, renowned comedy directors, weren't a good fit for Han Solo, how were they hired in the first place? How was this not something they sorted out in the initial meetings? Or during pre-production? How did they not figure this out until they were well in the middle of filming, because they've been filming this since January or February. And Lord and Miller have been attached as directors since 2015.

I don't really blame Lord and Miller in this situation. Assuming The Hollywood Reporter's article is accurate, they were just doing what they do. They're comedy directors, and they were infusing comedy into the movie. No, this is Kathleen Kennedy's fault, because she should have sorted all of this out before Lord and Miller even signed on. Again, assuming The Hollywood Reporter is accurate, and this is because of a disconnect between Lord and Miller's style and what Kennedy wanted the movie to be. That should have been settled back in 2015! Not in the middle of f*cking filming! Now, if we find out there was something else at play that couldn't have been dealt with before, then I would understand both sides. But as it stands right now, it looks very one sided against Kennedy. Now, there's a couple of other things to consider. There's no way in hell this movie still comes out next May. I think it will be pushed to December 2018 at the earliest. Right now, it is taking a hiatus until they can figure out what they're going to do next. So I don't think there's any way they can still finish it in time for next May. As much as I'm blaming Kathleen Kennedy for this, I do have respect for her in actually firing Lord and Miller. A lot of people in her position would have just said that they were in too deep and let it keep going, but she realized that the final product was more important. She saw that this mattered too much to the fans to just "let it be", so she's taking the time to do it right. She still should have had this figured out a long time ago, but I'm glad they're taking the time to fix it, rather than just releasing a sh*tty movie. They did a similar thing with Rogue One: A Star Wars Story last year. They realized they didn't like how the movie was turning out, but instead of just releasing a sh*tty movie, they reshot a good chunk of it, and it turned out awesome! So I have respect for her for taking the time to do it right. This is a very confusing and unfortunate situation, but I'm sure we'll learn more details in the coming weeks. 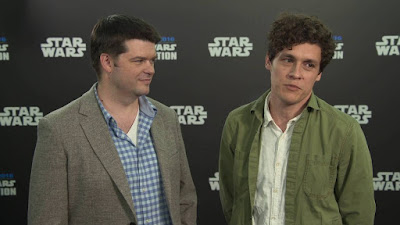 What do you think? Are you shocked that Phil Lord and Chris Miller were fired from Han Solo? Should the situation have been handled differently? Can this movie still make its May 2018 release date? Leave your thoughts in the comments section below.