It Comes at Night SPOILER-FREE Review 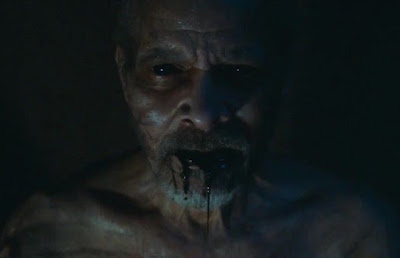 While I haven't loved all of A24's work, I am really excited by them as a studio. Their focus is to give really talented filmmakers a spotlight to tell strange and abnormal stories that another studio may never have greenlit. I didn't like The Witch as much as everyone else did, and I am in the minority in not liking Green Room at all. But I go in excited for every new A24 movie, because I think there is so much potential and promise in their mission as a studio. And I went into It Comes at Night with a similar level of enthusiasm. Keep in mind, I was never through the roof for this movie. I really like Joel Edgerton as an actor, and the trailers looked really interested. But it wasn't something I was rushing to the theaters to go see. In fact, I didn't go opening weekend, so I heard a lot of people complaining about how the trailers falsely advertised what the movie actually turned out to be. So, going in, I tried to temper my expectations. I went in trying to not expect it to be something specific, but rather just embrace and enjoy whatever it was the film turned out to be. But, even with this approach, there are major flaws to be found. It Comes at Night is certainly made with brilliant visual craft, but it's lackluster story fails to keep one interested enough to fully appreciate the care that went into making this movie come to life.

After an unexplained pathogen breaks out, Paul (Joel Edgerton) protects his family and keeps them safe. But when a new family is found, they may prove to be either an asset or a danger to them. 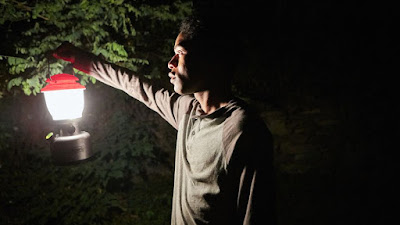 This film has beautiful camerawork. The cinematography is gorgeous, and it really captures the environment in the best way possible. Whether it's in a narrow hallway or endless patch of woods, director of photography Drew Daniels finds a way to always make it feel claustrophobic and narrow, which adds to the nature of the film. There are long shots that are just incredible in terms of what director Trey Edward Shults is able to accomplish visually, and with the performances, in these single shots. These long shots never felt showy or flashy. Sometimes, if a movie has a long shot, it feels like they have it in there just to show that they did it. Here, they felt natural. Sometimes I didn't even realize that they were happening because of how so seamless they actually were. In one instance, it's just a conversation between Joel Edgerton and Christopher Abbott. The scene, which is just dialogue, goes on for a long time, and you don't even realize that it's all one take. Again, it's used purposely and organically, not to show off. And that just felt genuine. The performances were good across the board. I don't think they were outstanding, but everyone held their own. With this movie, Shults shows a lot of promise as a director. He has a strong command of the screen, and delivers on excellent visuals. However, I can't say the same for him as a writer.

Most my problems with this movie do stem from the screenplay. Not every movie needs to explain everything that happens in it. I take issue with giant exposition dumps, such as in The Mummy. What fun is there in a film like Inception if every little thing is spelled out for you, not leaving any room to question or contemplate. But there is such a thing as explaining too little, and being elusive to a fault, which is what It Comes at Night does. It throws a whole bunch of stuff at you, and doesn't explain anything. It was so elusive that I had no idea what this was supposed to be at all. Shults has said he wants the audience to draw their own conclusions, but I'm not able to draw a conclusion on anything because there's nothing established to conclude. It's just a bunch of stuff that happens with no real explanation or any real purpose. When there's so much that's not concrete, it's hard as an audience member to be engaged. At that point, it becomes just a bunch of good looking visuals. And because of this, the movie didn't feel comprehensive. It felt very muddled. There is a very limited story, with a lot of extra scenes that don't have any significance because there's nothing warranting them being apart of the story. They just happen, and Shults expects you to speculate as to what they mean. But I have no idea what they're supposed to mean, because there's no jumping-off point for me to speculate from. This elusive nature actually hinders the movie, and muddles the overall narrative into becoming more of an art project rather than a feature length film. 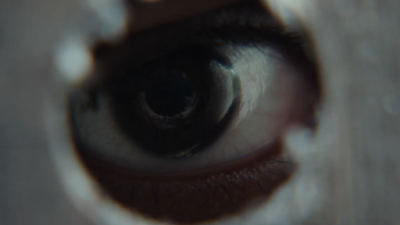 Overall, It Comes at Night has a lot of great visual elements, and Shults clearly knows how to use a camera. He shows a lot of promise as a director with this movie. However, what keeps it from being excellent, or even just good, is its screenplay. There's no distinct narrative, and it ends up just being a bunch of pretty shots. Shults purposely doesn't explain anything in this movie, as a choose-your-own-adventure kind of test run. However, it ultimately fails, as there isn't enough tangible stuff in the movie to grasp onto. Movies like Inception, where there's stuff that's not explained, work because you have certain things that are grounded and explained, so you can then jump off of that in order to draw your own conclusions. However, with It Comes at Night, nothing is grounded or explained. Nothing is tangible, so there's nothing to speculate about because it's all speculation. The cinematography is gorgeous, and Shults uses the camera in really great ways. His utilization of the long shot is fantastic. But if the movie doesn't have a good script, then it's hard for any of the other elements to really have much merit. Had Shults rounded out the script more, and explained just a tad more, then this could have been awesome. But because he is elusive to a fault, it's hard to become attached to the story or to the characters. In the end, It Comes at Night is an interesting experiment that could have worked really well as a short film, but doesn't exactly come together well as a feature length movie. 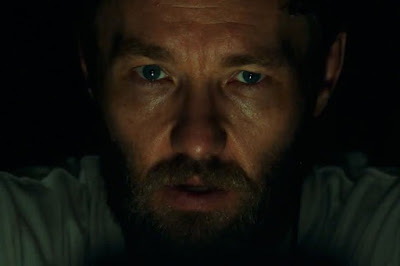 What do you think? Have you seen It Comes at Night? Did you like the film? Leave your (spoiler-free) thoughts in the comments section below.