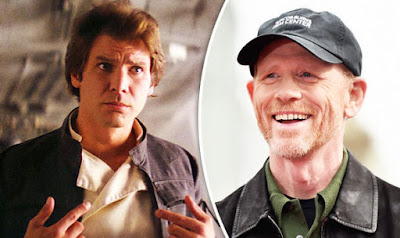 Just the other day, we learned that Phil Lord and Chris Miller had been fired from the untitled Han Solo anthology film, with just a few weeks left of filming. Full details still seem to evade us, but it seems to boil down to a divide between the directors and LucasFilm president Kathleen Kennedy. Why this wasn't figured out long before filming began is still a mystery, but I won't get into it all again. If you want to know my full thoughts on Lord and Miller's firing, you can read it here. The production on the film has been since halted, with a new director needed to finish the final weeks of filming, reshoots, and oversee post-production. Kennedy also mentioned that she wants extensive reshoots to take place, similarly to what happened with Rogue One: A Star Wars Story, in order to reshape the film in its entirety. Kennedy then assured fans that the new director would be named soon, with Ron Howard and Joe Johnston's names thrown into the mix. And things have actually moved along surprisingly quickly. Ron Howard has now officially signed on to finish Han Solo for Disney.

Ron Howard is a very good filmmaker. Sometimes he turns in amazing films, and sometimes his movies are just mediocre. But when I hear he's attached to a movie, I generally have faith that he'll turn in something good. I've never thought of him before in terms of doing a Star Wars movie, but I'm sure he'll do a good job of making sure things run smoothly with the rest of production. My biggest question is, when we finally get to see Han Solo, how much of the movie will be Lord and Miller's, and how much of it will be Howard's? They're not going to reshoot the entire movie, or completely change the script. But they will change a lot. So is this going to feel like a mess of tones, and no clear direction? I don't see how you can have one scene feel distinctively like a Lord and Miller movie, and the next be clearly a Howard movie. Because they have very clear and distinctly different styles. And both styles come across strongly on screen. This could turn out to be a complete mess of a movie. But LucasFilm dealt with a similar (not the same, nor as severe as this, but somewhat similar) situation with Rogue One, and that turned out awesome! But you weren't dealing with two sets of prominent directors who have clear styles. Either Howard is going to try to mimic Lord and Miller's style in order to maintain fluidity, or they're going to gut everything Lord and Miller did in order to make it a Ron Howard movie. The latter seems more like what they would do, but they're almost done filming. This would involve reshooting probably 80% of the movie, which would be incredibly expensive for Disney, and I don't know if they would be so eager to do that. What the ultimate product will be, I don't know. We probably won't know until we end up seeing it (which won't be next May, I can tell you that). I do know this is going to be one hell of a job for Howard to pull off, as well as for the editor. We'll have to wait and see how well they actually do. 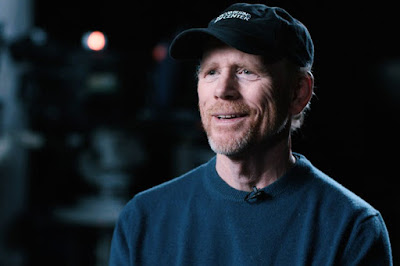 What do you think? Is Ron Howard a good choice to finish Han Solo? Would you rather have seen someone else take over for Phil Lord and Chris Miller? Are you still looking forward to seeing the movie? Leave your thoughts in the comments section below.