I have been apprehensive about Universal's planned Monster Cinematic Universe, now called the Dark Universe, for a while. It was supposed to begin with Luke Evans' Dracula Untold, but that was swept under the rug when the movie bombed. So now this new universe is beginning with The Mummy. I wasn't sure what to think of it, especially after they cast Tom Cruise. This is supposed to be a horror movie, but it looked like they were going for more of an action summer blockbuster vibe. And the trailers certainly didn't help explain what the tone of the movie was exactly going to be. I was afraid this was going to be a giant mess, but I wanted it to be good. I love the idea of this Dark Universe, and I want it to happen. So, while I had very low expectations, I went into The Mummy hopeful. It was certainly better than I thought it was going to be. The Mummy has some atrocious dialogue and a lot of story problems, but it is ultimately fun and entertaining enough to keep me interested, and for me to want to see the next chapter in the Dark Universe.

After discovering the ancient tomb of Ahmanet (Sofia Boutella), Nick Morton (Tom Cruise) is thrust into a new world of gods and monsters, and has to break Ahmanet's curse before she remakes the world in her own image. 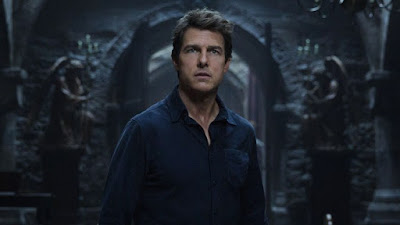 I think most of the technical elements in this movie were really good. I wasn't blown away by the cinematography or anything, but all the production design was great. There were a great deal of practical effects in this movie, and I appreciated that level of care and attention. I thought most of the performances were good. Sofia Boutella didn't have a ton of lines, but I thought she handled the physicality of her role very well. She's proven to be really adept at that, from what we've seen of her in Kingsman: The Secret Service and Star Trek Beyond. She has yet to show that she has a ton of range as an actress, but she can clearly handle the physicality. Russell Crowe was the highlight of the film for me. I thought he was incredibly intriguing as Dr. Jekyll. I didn't care for Mr. Hyde that much, but I'll talk more about that later. Tom Cruise was also pretty good. This wasn't his best performance or anything like that, but he definitely wasn't mailing it in. Most of his role in the movie was reacting to things, but that was more of the script's fault than Cruise's. He clearly put his all into the action sequences, which is the main reason why you get someone like Cruise.

I mentioned before that I wasn't sure what the tone of this movie was going to be. This is a monster movie, and yet you enlist Tom Cruise, one of the biggest action stars working today? All the trailers pointed to this being the next Mission: Impossible, more so than it being a horror movie. So I wasn't sure how they were going to make it work. And, overall, I think they struck an appropriate balance. There are certainly explosive action sequences, and these are excellent in terms of their execution. But I don't think The Mummy loses sight that it's ultimately a horror movie. There are a lot of horror motifs, but it is always infused into the action. I think it really worked to establish an appropriate tone for the movie. In future Dark Universe films, I would prefer more horror than action, but for what this movie was, I thought it did as good a job as it could in striking a balance. Speaking of the action sequences, I thought they were fantastic. I think they're the main reason my score for this movie is as high as it is. They were entertaining, and had me on the edge of my seat. The overall story wasn't the best (and I'll get into that in a moment), but these individual scenes were really great, and allowed me to enjoy myself while watching this movie. 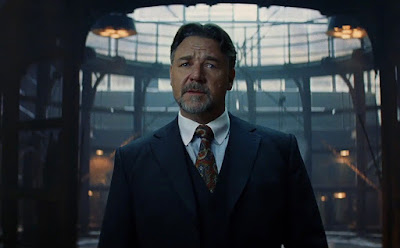 One may assume I really liked this movie from reading the above paragraphs, but I don't. It has a lot of problems. The story is incredibly weak. There were a lot of writers involved in this one movie, and it certainly shows. It's really a mess in terms of storytelling, and the overall script is just poor. There were so many scenes dedicated solely to pointless exposition. Not just a passing couple lines, but straight minutes of characters simply explaining everything you need to know about what happened before and what is about to happen. It was so spoon-fed, as if the filmmakers didn't believe the audience was capable of wrapping their heads around the concept of the movie. A couple of expositional lines is understandable; sometimes you need to just tell the audience a couple of things so that you can get the plot moving. But when every other scene is minutes of exposition, then it gets incredibly irritating. The exposition just felt utterly lazy as to how it was infused into the dialogue. And the dialogue is absolutely atrocious, like Transformers level. Most of the movie's problems stem from its script, but I think Alex Kurtzman did a good enough job directing this movie that he was able to salvage a lot of elements, such as the tone and the action sequences.

I talked before about the performances, but I left out a few people. Jake Johnson was absolutely horrendous in this movie. He was supposed to be the comedic relief, but he was not funny at all. He just came across as a whiny asshole in every scene he was in. It really felt like he was in a completely different movie than everyone else. They also take his character in a different direction than expected, and it just did not work for the movie. The lead actress, Annabelle Wallis, I'm sure is a fine performer, but her character was given nothing to do in this movie. She was incredibly useless, and it was just a disappointment. She should have been more than just something nice to look at. While I really liked Russell Crowe's performance as Dr. Jekyll, I was not a big fan of Mr. Hyde. I don't think it's Crowe's fault as much as it is the fault in the character's design, and the writing. I was looking for a more profound transformation, and a more distinctive difference between the two characters, and there really wasn't any. There was so much mystery behind Mr. Hyde, and when we finally see who he is and what he really looks like... it was just disappointing. Maybe they can rectify it in the future by saying that wasn't his true form. But who knows? 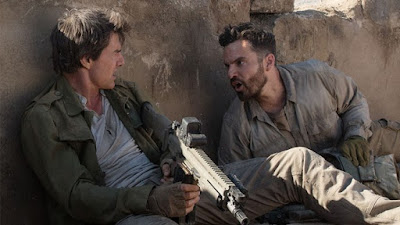 Overall, The Mummy is better than I thought it was going to be, but it's still not as good as it should have been, especially when beginnign a new cinematic universe. The technical elements were all fantastic, as were the action sequences. They were the main reason why I liked the movie as much as I did. They incredibly well executed. Most of the of the performances were good, especially Russell Crowe and Tom Cruise. But Jake Johnson was terrible in this movie, and Annabelle Wallis was given practically nothing to do, which was a disappointment. The script was really weak, and the dialogue was absolutely atrocious. There were so many scenes dedicated purely to pointless exposition that it became tiresome. However, Alex Kurtzman was able to find a good balance between horror and action, as well as direct the sh*t out of the action sequences! I think Kurtzman was handed a lazy script and he did the best that he could with it, and I commend him for that. In the end, The Mummy is not the best kickoff to a new cinematic universe, but I am ultimately still interested in seeing the next chapter in the Dark Universe. 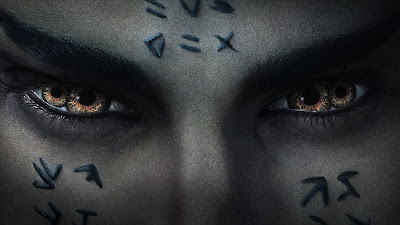 What do you think? Have you seen The Mummy? Did you like the film? Leave your (spoiler-free) thoughts in the comments section below.