The Movie Paradise Trailer Talk: Thank You for Your Service, Marshall, Stronger 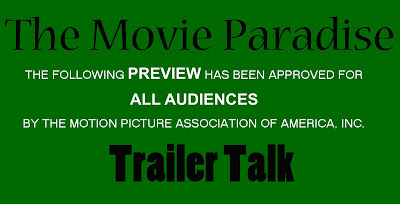 Thank You for Your Service- Trailer 1

Thank You for Your Service sees American Sniper writer Jason Hall making his directorial debut, which at first made me nervous. But after seeing this trailer, I'm totally on board. I really liked American Sniper a lot. It was excellently made, with fantastic performances. And it looks like we're getting the same thing here. Miles Teller looks phenomenal in the leading role. He is such a great actor, and this may be an Academy Award-level performance for him. He had so many subtle and touching moments in this trailer that it leads me to believe he could turn in the best performance of his career. And it's hard for him to top Whiplash, believe me. My only hesitation is that this story of a veteran dealing with PTSD has been done many times before, and I don't want this to just become a generic movie. I really want this to stand out from all the other stories. What made American Sniper stand out was Clint Eastwood's direction, and the performances. I have no doubts Miles Teller will be great, but I'm not sold entirely on Hall yet. I'm hoping that he does something different and special with this movie. It could end up just being another run-of-the-mill veteran movie, or it could be something truly fantastic. I'm certainly hoping for the latter.


After he made his debut as Black Panther in Captain America: Civil War, I've been keeping my eye on Chadwick Boseman. I haven't seen 42 or Get on Up, but I've heard nothing but great things about his performances in those movies. And now, Marshall sees him playing Thurgood Marshall, an African-American attorney who shook up the legal system. There is so much this man accomplished in his lifetime, that a movie about him was inevitable, and absolutely necessary. Already I was interested, and now I'm even more intrigued after seeing this trailer. Boseman looks incredible! He has such grace in this trailer, that I think we could be talking about a possible Oscar nomination. We're still really far out, but it's certainly a possibility. This is such an important story, and one that couldn't be more relevant today. I have a lot of hope that this movie will deliver, and be a shining gem of the fall. It could end up being just okay, but with Boseman leading the movie, and the team surrounding him, I think this film will end up being one of the best of the year, and a serious Oscar contender.

When I first heard about Stronger, I didn't really see the point in another movie about the Boston Marathon Bombing, especially right after Patriots Day came out. That movie was so good, and handled it so perfectly, that I didn't know if there was really anything else to cover. But after seeing the trailer for this one, I definitely want to see it. Whereas Patriots Day tackled the actual events of the bombing, Stronger will cover the personal effect the attack had on one person, and I think that has so much potential, and is a story that needs to be told. Jake Gyllenhaal is one of my favorite actors working right now, and he looks brilliant in this movie! I also love Tatiana Maslany. She's excellent in her show Orphan Black, and I've been waiting for her to blow up as a big-time Hollywood actress. And I really hope this role is her entry point into becoming a big name in the industry. I think Gyllenhaal and Maslany will play off of each other beautifully, and really drive this film. It's directed by David Gordon Green, who did Pineapple Express. This is a bit of a leap for him, but after seeing this trailer, I really think he'll stick the landing. I have a lot of faith that Stronger will turn out to be a really moving and profound film.