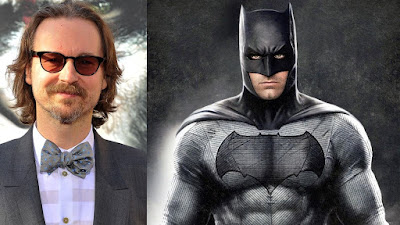 With all the praise coming out of the War for the Planet of the Apes screenings, director Matt Reeves has been a hot topic lately, especially in regards to his next feature, The Batman. Reeves recently made some remarks about the film. Not only did he confirm that Ben Affleck would star (after some rumors made it seem like he would leave), but he also said that the film will focus on the Dark Knight's detective side, and will be "noir-driven". I think this is absolutely fantastic! First of all, I'm glad that Affleck will be sticking around. Whether he's back in another DC movie after The Batman is still unknown, but at least we'll have him for this movie. Batman is called the "world's greatest detective", and yet we've never fully seen that brought to life in the movies. We saw it briefly in The Dark Knight, but not to the extent that the character deserves. So hearing that that will be an element Reeves really focuses on is exciting to hear. Plus, hearing that The Batman will be a "noir-driven" film is just fantastic. That is exactly what Batman should be. I really hope The Batman has a smaller budget. I don't need a $200+ million dollar Batman movie, on par with the size and scope of Batman v. Superman: Dawn of Justice or Justice League. I think you could make a fantastic Batman movie for under $100 million dollars, and hearing the words "noir-driven" really makes me think that the budget for this film will be tempered. There has been a lot of drama surrounding this movie, and it's hard to forget all of that, but hearing Reeves say these comments really does get me excited again. 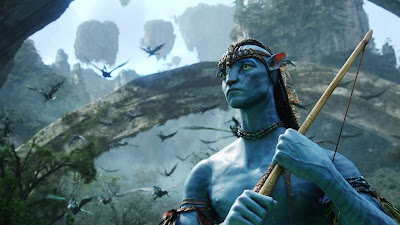 The Avatar sequels have become somewhat of a joke as of late. Every year, since 2014, they have been pushed back further and further. Now, James Cameron is working on filming four sequels all at once, with 2020, 2021, 2024 and 2025 release dates in mind. We've known that the delay has been because of Cameron working on developing new technology to help him film the movies, similarly to what he did with the first Avatar, but now we have an idea of what some of that technology might be. It is being reported that Cameron is working on developing "glasses-free" 3D. It is not known whether this technology will be ready for 2020's Avatar 2, but there is reason to believe that it will be rolled out alongside at least one of the Avatar sequels in the future. I've said from the beginning, I'm not very interested in seeing more Avatar movies. The first one was an exciting event, that became a milestone in cinema history, but I didn't feel a need to go back to that world. But Cameron is a genius, and if he wants to make four more Avatar movies, then I'll see four more Avatar movies. If this is one of the films' innovations, glasses-free 3D, then I'm all on board. I tend to see my movies in 3D mainly to see it in IMAX. I'm not a huge 3D fan, but there are some movies where I find it totally immersive. But having glasses-free 3D would completely renovate the public's interest in it, and I think will help keep 3D around for a lot longer than it would have been without this upgrade. I'm certainly excited to see what Cameron does with this technology. 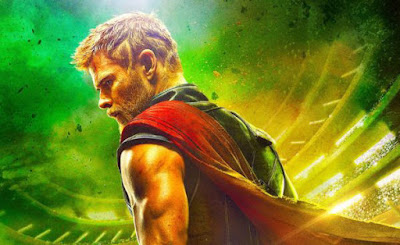 With San Diego Comic Con not too far off, fans have speculated whether or not we will see an Avengers: Infinity War teaser at the event. The film is less than a year away, which is a reasonable amount of time to release a trailer for a movie as big as this one will be. However, Marvel President Kevin Feige has shot this down, saying that an Infinity War trailer won't be released until around when Thor: Ragnarok hits theaters, in November of this year. I think this ultimately makes sense. By having the first trailer come out with Ragnarok, it will be released six months before the movie hits theaters, instead of ten months if it had debuted at Comic Con. I'm sure the heavy focus on Comic Con and D23 will be Ragnarok and Black Panther, with maybe some concept art or images released for Infinity War. But it just makes sense to wait a bit longer to release the actual trailer for the film. And if you weren't already excited to see Thor: Ragnarok, then this is just more ammunition to go see it. That first trailer they put out is probably my favorite trailer of the year. I think it was just fantastic. So I already am incredibly excited to go see Ragnarok. And hearing now that we'll get to see the first ever Avengers: Infinity War trailer before it, well, that just makes it all the better.

The Best Movies of 2017... So Far, courtesy
of Screen Junkies