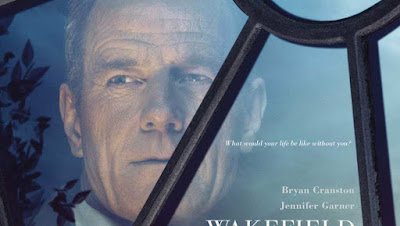 I've actually been looking forward to seeing Wakefield for some time. Ever since I saw the first trailer, I've been hooked. First of all, Bryan Cranston is a brilliant actor. I obviously came to love him in Breaking Bad, but he has always had great roles in films. He was fantastic in Trumbo, which got him his first Academy Award nomination. But he also has a very strong comedic sense, one that I think is often overlooked. Sure, he's known most for his dramatic roles, but Cranston's career began with comedy. And he showed just how adept he is at it with last year's Why Him?. All of this to say, Cranston is an incredibly talented actor, and I am so happy that he is blowing up in the way that he is. So to see the trailers for his small, independent Bryan Cranston movie with a rather unique premise... I was immediately on board. Jennifer Garner is also a great actress, though nowhere near the same level as Cranston. The height of her career has been over for a bit, and she really only pops up in smaller movies like this. But I always like seeing her on screen. So the really excellent trailers, mixed with the star power of Cranston and Garner, and the intriguing premise, made for a film that I was actually quite excited for. And I wasn't disappointed. Wakefield is a fascinatingly introspective film, which explores and analyses our animalistic inner-nature when deprogrammed from society.

One night, Howard Wakefield (Cranston) decides not to go home to his wife (Garner) and children, and instead stays up in the attic, spying on a world without him. 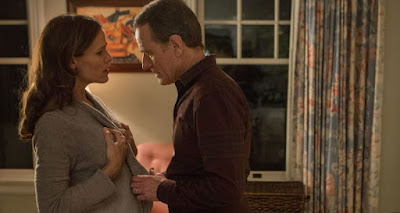 Let's start first with Cranston's performance. When watching this movie, I think it would be easy for someone to overlook just how good he is. 85% of the movie is Cranston sitting in a room talking to himself, and yet he is able to bring such dimension and drama to it. He makes it look so easy and natural, and that's why it would be easy to overlook his performance. He absolutely carries the film, and it does not work without his ability as an actor. Jennifer Garner is also really good in this movie, however she is absolutely outshined by how brilliant Cranston is. Her role was also minute enough that really anyone could have played her character, whereas I don't think just anyone could have played Howard Wakefield. What struck me most about Wakefield was how much of a character study it was. It was actually more of a situational study. What does an average human being reduce themselves to when stripped of all their possessions? When they become entirely deprogrammed from society? This idea has been explored before, in films like Cast Away, but never quite in this way. Not only are we studying what Howard Wakefield becomes when stuck in his attic for a period of time, but we also get to see what his family becomes without him. How they are able to function. On these levels, I was absolutely riveted to see what was going to happen next. And this was all propelled and driven by Cranston's excellent performance.

Right from the beginning, Howard Wakefield is established as an unreliable narrator. Something will play out on screen, and we'll find out it was a thought he had in his head. Because of this, we're never quite sure what is reality and what is fantasy. In the hands of a less capable writer/director, this could've entirely angered the audience. But Robin Swicord was so adept in how she told the story that it never felt like the movie was being too withholding, such as my experience earlier this year with It Comes at Night. The movie throws a lot at you and let's you decide what to think and believe. Where as It Comes at Night failed to establish an even basic reality for you to speculate off of, Wakefield sets the ground rules and then goes crazy. Swicord did a really good job in structuring the story in a smart way, utilizing Cranston as a narrator. The visual elements are really good, but what stands out most about Wakefield is its story. And I think Swicord did a really fantastic job bringing this whole movie together. However, I do think the concept serves itself for a shorter film. There were elements and storylines in this movie that felt like they were only added in order to extend the runtime. The movie is only an hour and a half, so you know you have a short story when you're dragging out sequences and making sh*t up just to get it to 90 minutes. Even though it would have been shorter than a traditional film, I think Wakefield would have been stronger as a 60-70 minute feature. Cutting out the excess would have concentrated it all a bit more, which honestly would have made it richer. 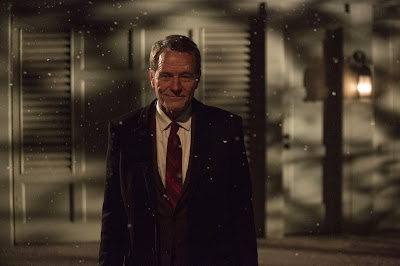 Overall, Wakefield is a really great movie that will probably fly far under the radar this year. It has yet another brilliant performance by Bryan Cranston, which entirely drives the movie. There is no Wakefield without Bryan Cranston, and he completely delivers. He makes it look so effortless that many will overlook just how imperative he was to making this whole thing work. Jennifer Garner was good in her role, but it really could have been played by anyone. What makes Wakefield so fascinating is the questions it asks. It's both a character and a situation study, and analyses what we become when we are removed from society. Its introspective nature is absolutely fascinating, and really helps make this film stand above. Robin Swicord did a fantastic job writing and directing this film, and its strength really comes from those elements. It was a great showcase of what she can do, and I want to see more from her. She is already an established writer, but this was only her second directorial feature. This movie shows that she has what it takes to be a big name writer/director, and I want to see more from her. The film's nature lends itself to being shorter. As a result, some scenes are dragged out and storylines are crammed in there in order to get it just to 90 minutes. If the film was only 60-70 minutes, it would have tightened things up, but ultimately would have made it a stronger movie. In the end, Wakefield probably won't end up on my top ten list of the year, but it's a really fantastic movie that makes you think about the human animal, and there's not a lot of films you can honestly say that about. 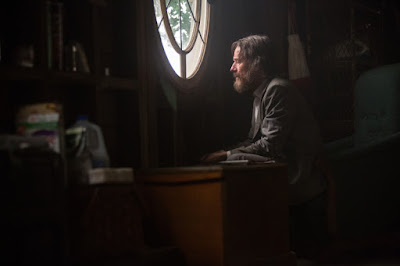 What do you think? Have you seen Wakefield? Did you like the film? Leave your (spoiler-free) thoughts in the comments section below.