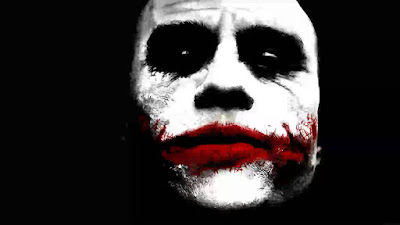 The Joker is arguably the greatest comic book villain ever created. He began as a one-off villain in the early Batman comics, but creator Bob Kane realized the antagonist's full potential. Ever since, he's been the Yang to Batman's Yin; instrumental to the telling of Batman's story. He's had many on screen incarnations over the years, from Jack Nicholson in Batman, to Heath Ledger in The Dark Knight, with the latest outing being Jared Leto in Suicide Squad. The latter was met with mixed reactions. I didn't hate Leto as the Joker. I just thought we didn't see enough of him in the film to truly get a sense of what his character was like. He was far different from the Heath Ledger Joker that many fans had become accustomed to, and was also entirely contrary to the comics. I think there was a lot you could do with that kind of Joker, and I was willing to give Leto the benefit of the doubt. However, Suicide Squad turned out to be a complete sh*tshow of a movie, and it cut a majority of Leto's scenes. Many fans were calling for Leto to be removed from the DC Cinematic Universe entirely, but I wasn't exactly on board with that thought process. Like I said, I just think we didn't get a good enough sample size of what Leto would bring to the role, so I thought there were still ways to rework the character in order to meet fans' expectations without entirely recasting Leto. However, Leto's return to the DCEU is now up in the air, as some new startling developments have happened over at Warner Bros.

Deadline is reporting that Warner Bros. is looking to launch a new DC movie banner, kicking off with a Joker origin film. The report says it will be directed by The Hangover and War Dogs director Todd Phillips, will be written by 8 Mile and The Fighter scribe Scott Silver, and will be produced by none other than Martin Scorsese. The movie is said to be set in the 1980's, and will not be starring Jared Leto, as it will be separate from the DCEU. 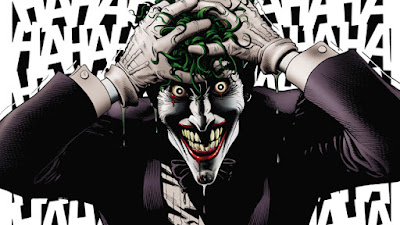 The team behind this is incredible. I loved what Todd Phillips did with War Dogs last year. I know I'm in the minority, but I loved that movie. And I don't really understand why it wasn't more well received. He blended comedy with drama perfectly, and really told a darker story in a unique way, which is something I want to see brought to the Joker. I was reading concerns that Phillips' comedic sensibilities would make him inadequate in handling a dark movie like this, but I think you need a sense of comedy when handling the Joker. Dark comedy albeit, but this movie wouldn't work as a super serious, gritty film. You need levity, even if the humor is innately twisted and dark. And I think Phillips showed just enough in War Dogs to assure me that he could handle a property like this. He wouldn't have been my first choice to direct, but I think he will do a fine job with it. Scott Silver did a great job in writing 8 Mile and especially The Fighter, which he was nominated for an Oscar for. So he has proven himself to be incredibly adept, and I have no worries with him tackling the Joker. But what surprises me the most, and what ultimately gets me the most excited, is the inclusion of Martin Scorsese as a producer. Now, one may argue "Oh, well just because Scorsese is producing doesn't mean he'll have anything to do with the film. He may just be a producer by name." That is a valid argument. We see that happen all the time with Steven Spielberg. But I think this will be different, because this isn't the kind of project Scorsese would just throw his name on. This is awfully specific, and a completely different genre of film than Scorsese has ever done before. For something like a Joker movie, I don't think Scorsese would just attach his name for a paycheck. He may not be 100% involved, but I think he will certainly have a hand in this, which excites me to no end.

Now, let's talk about whether they should be doing this at all. I don't think we need a Joker movie, let alone an origin story. Some things are better left unknown. Remember when Heath Ledger talked about his scars in The Dark Knight? What made him so terrifying was that his story kept changing, so we didn't know where he came from. We never saw a flash back confirming one story. We never found out which story was true, if any of them. And there was a terror in not knowing. So I don't know if I want to have the curtain pulled back and watch a whole movie about where the Joker came from. Now, with that said, if you are doing a Joker origin movie, I think there is only one way to take it: you adapt The Killing Joke. For comic book fans, this is the definitive origin for the Joker. It's a short graphic novel that flashes back and forth between Batman fighting the Joker, to revealing the Joker to be the product of "one bad day". And if you are making a Joker origin film, then I think you need to adapt The Killing Joke. If we find out that is the direction they're going in, then I'll totally be on board. But if they create their own story, or pick a more obscure origin from the comics, then I'll lose a lot of whatever interest I initially had in this project. 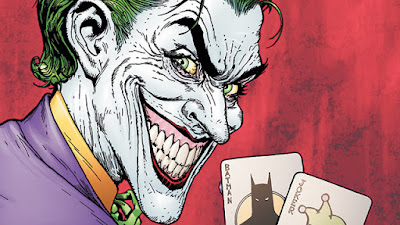 But we can't not talk about one of the biggest parts of this story, that Warner Bros. is making new DC movies outside of the DCEU. What does this mean? I have a theory, and I think it would ultimately make sense. We know that Ben Affleck is on his way out as Batman. Whether he'll do the Matt Reeves stand-alone film first, or if Justice League will be his final appearance, it is all but confirmed that Affleck will be leaving. This gives Warner Bros. an interesting opportunity to recast Batman and the Joker. By creating this side-pocket universe that gives us a new Joker, and by virtue a new Batman, you have a way to replace Ben Affleck and Jared Leto easily. Why? Because they have a little thing called Flashpoint. We already know that the Flash film will be Flashpoint, in which the Flash messes up the timelines. By creating this pocket universe, you can easily use Flashpoint as a means to replace Affleck and Leto with this new Batman and Joker. And, should this origin film and new DC universe fail, you can easily scrap it and figure out a new way to replace Affleck and Leto. I think it's really a genius move. At the very least, we get just a good standalone movie. But if it takes, and Warner Bros. can make it work, then we could see this transition into the DCEU as a result of Flashpoint. Maybe that's putting the cart before the horse, but that was one of my first rationalizations as to why Warner Bros. would want to create another DC Cinematic Universe.

So who would play this new Joker? And does Batman have to appear? As for the first question, the jury's still out. I have a list of actors I would like to see don the white make-up. I think Will Poulter, Eddie Redmayne, Jake Gyllenhaal, Diego Luna, Glenn Howerton, and Dave Franco are all viable candidates. I also think it's incredibly possible they'll bring on someone that we've never heard of before, or would never have thought capable of pulling off the role, similar to what the Heath Ledger casting was like back before The Dark Knight came out. So we can all speculate, but I doubt it will end up being someone we expect. As for Batman, there is a way to do the movie without him, but I don't think it would really work or be any good. You need Batman in there, which means recasting Ben Affleck. I have no idea who they may get to be Batman, especially if this Batman ends up becoming the new Batman for the DCEU. Again, I'm sure it will be someone we never expected, like how no one was throwing around Affleck's name before he was cast. This movie is far away from happening, so who knows who will be viable candidates in three or four years. The game may change entirely by then. So I guess we'll just have to wait and see what ends up becoming of this film. 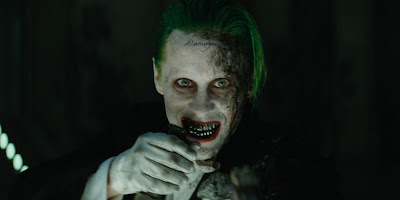 What do you think? Are you interested in seeing a Joker origin movie? Do you like the team of Todd Phillips, Scott Silver, and Martin Scorsese behind it? Who should play the new Joker and Batman? Leave your thoughts in the comments section below.