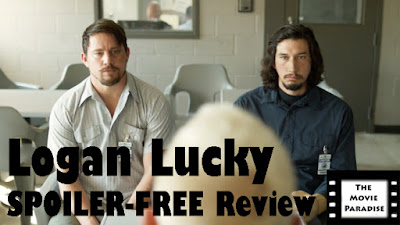 Going into Logan Lucky, there was a ton of hype built for it. Director Steven Soderbergh is returning to filmmaking after retiring in 2013! It has an all-star cast of Channing Tatum, Adam Driver, Seth MacFarlane, Riley Keough, and Daniel Craig! This is going to be phenomenal! I wasn't exactly of that mindset. I thought the trailers were pretty good. It certainly had caught my interest, but I wasn't losing my mind over it like some other people were. It just didn't have that innate appeal to me. But I still went to see it Thursday night, excited for the movie. Especially after the outstanding reviews it got. The project on its own didn't exactly hype me up, but I changed my tune once I began reading all the reviews, saying that it was one of the best movies of the year. So I went in with an open-mind and pretty optimistic. While Logan Lucky is definitely enjoyable, I didn't personally find it to be nearly as hysterical nor as fun as some other people who have seen have been claiming it to be.

After being fired from his job, Jimmy Logan (Tatum) decides to pull off a heist during a NASCAR race in North Carolina. 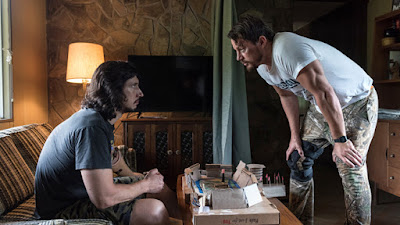 Most of the movie for me is 50/50. The performances are especially half and half. Channing Tatum, Adam Driver, Riley Keough, and especially Daniel Craig, gave great performances. Tatum and Driver don't give performances that necessarily stand out, like Craig did, but the excellence in their performances rather comes from their subtlety and nuance. They're not in your face with how great they are, but you come to realize just how damn good they really were when you reflect on the film as a whole. Daniel Craig really does show his range as an actor in this movie. He's proves that he can be much more than just James Bond. I came to realize halfway through that his character's voice is pretty much Heath Ledger's Joker with a Southern accent, but that's not meant to be a slight to him at all. Craig was great in this movie, and probably gave the best performance of the entire film. But then you also have Seth MacFarlane, Katie Holmes, and a surprise actor at the end who were all terrible. MacFarlane's voice faded in and out from being an Australian accent to Stewie's voice from Family Guy. He doesn't have a ton to do in the movie, but he was pretty unbearable when he was on screen. I don't think I've ever liked Katie Holmes in a movie, and she was pretty atrocious in this. I won't spoil who shows up at the end, but he/she was pretty bad. When I first saw them, I thought it would just be a cameo, but then he/she was in a good chunk of the third act, which felt strange. And the performance was incredibly wooden and forced, despite the fact that this actor is very talented. So 50% of the performances were great, especially Daniel Craig. But then the other 50% were pretty bad.

I'd say the entertainment value is also 50/50. There were parts of this movie, especially during the actual heist, where I was pretty engaged. I was locked in and entertained by what was going on. But then there were parts where I really couldn't give less of a sh*t about what was happening. The movie did a poor job of selling you on why the characters needed to pull off this heist. It feels very spur of the moment, and it didn't seem like a natural conclusion the characters would have come to after the inciting events we see in the beginning of the movie. You just have to accept that that's the decision they've made, and go along with it. The problem with that is that I wasn't as invested in the actual heist as I could have been. I wasn't on the edge of my seat, wondering if the characters were going to be able to pull it off. I was just sitting there mildly entertained. And where the movie really lost me was with the comedy. I don't think I laughed at all during this movie, and pretty much every scene is played for laughs. Others, however, would disagree. A lot of people around me in the theater were cracking up throughout the entire film. But, personally, I didn't really find any of it funny at all. I was still entertained by what was going on on screen, but I just didn't find any of the humor actually funny. 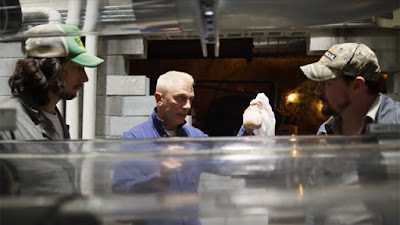 Overall, Lucky Logan is a very 50/50 film for me. Half of the performances are great. Channing Tatum and Adam Driver turn in great, nuanced performances. Daniel Craig really steals the show with his outrageous performance, one that proved just how much range he has as an actor. However, half of the performances are terrible. Seth MacFarlane and Katie Holmes are pretty bad in this. And a surprise actor at the end overstayed their welcome, and gave an incredibly bland performance. Parts of this movie are entertaining, and other parts are kind of boring. The film didn't sell me on why these characters needed to pull off the heist, and thus I wasn't emotionally invested in the heist itself. The film is incredibly well shot, with some beautiful cinematography. But, on the flip side, I didn't find it any of the jokes really funny at all. The third act does drag on, and the movie could've ended a lot earlier than it does. The story is also rather predictable, and I could pretty much figure out exactly where it was all going. So, in the end, Logan Lucky is 50/50. Half of it is worthwhile and entertaining, and the other half is muddled and poor. I didn't see in it what other people have seen, but maybe you'll really love it. I do think it's worth checking out for yourself. 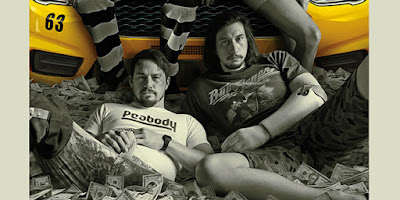 What do you think? Have you seen Logan Lucky? Did you like the film? Leave your (spoiler-free) thoughts in the comments section below.