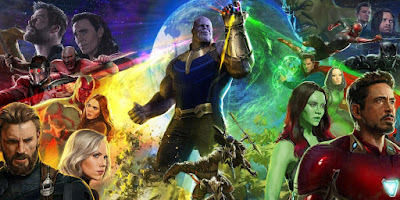 For seemingly endless months, fans have been anxiously and (sometimes) patiently awaiting the release of the first trailer for the highly anticipated Avengers: Infinity War. Hitting theaters next May, the film will be the culmination of ten years of the Marvel Cinematic Universe, finally seeing the realization of Thanos (Josh Brolin), who was first teased during the ending credits of The Avengers back in 2012. Many thought the trailer for Infinity War would drop in early November, in order to coincide with the release of Thor: Ragnarok (read our review here). However, that never came to be. The next logical place to drop the trailer would be with Disney's other giant blockbuster coming out next month, Star Wars Episode VIII: The Last Jedi. And as more time goes by, it seems like that is what they will be doing. However, our first look at the highly secretive movie is not actually the trailer, but rather a photoshoot.

Vanity Fair has released four variant covers of their upcoming issue, each displaying a new set of heroes from Avengers: Infinity War. A photoshoot is also included, which commemorates the MCU's tenth anniversary. You can view everything released below: 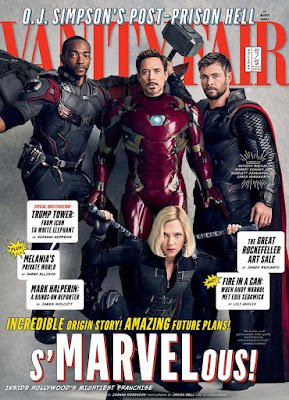 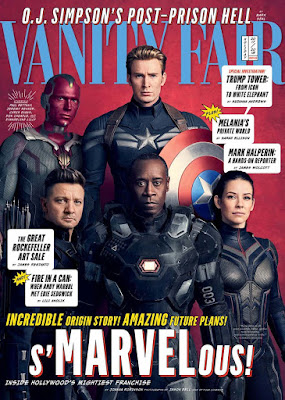 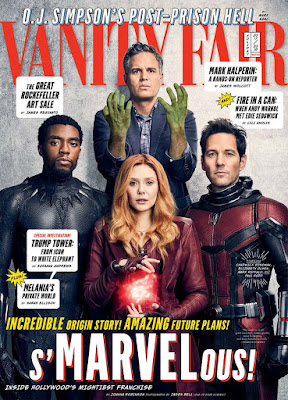 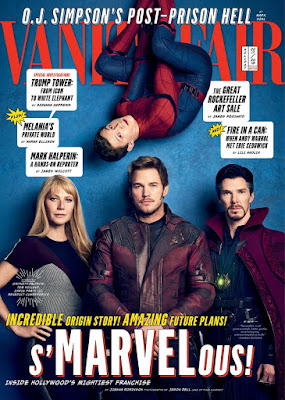 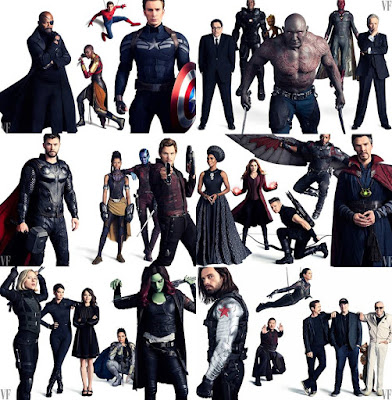 This all looks fantastic! Now, to get it out of the way, I don't think the final collective image means that every single one of those characters are actually in Avengers: Infinity War. I think it is simply celebrating the MCU, and all the characters that have been instrumental in bringing it to life. There is a possibility that some characters we hadn't previously thought would be in the film actually are, but considering the space-based nature of the movie, I think we can rule out a few characters like Michael Douglas as Hank Pym and Jon Favreau as Happy Hogan. But you never know. Something going against that theory is Gwyneth Paltrow's Pepper Potts' presence on one of the front covers, which is strange in of itself. She has always been a side character, so maybe it hints towards her having a more important role in Infinity War. Really anything is fair game at this point. But if Paltrow can be present, then there's nothing saying that Happy Hogan or Hank Pym can't be as well. I think we are in for a lot of surprises with Infinity War, and certain unannounced characters could be part of those twists.

One of the coolest aspects of these covers is seeing all of the heroes united once again. While we have seen them together before on screen, adding Chris Pratt as Star-Lord alludes to the long-awaited team up of the Avengers and the Guardians of the Galaxy, which we know is coming in this movie. Maybe the union of heroes isn't a fresh concept for the MCU, but by adding the previously unassembled Doctor Strange (Benedict Cumberbatch) or the Guardians of the Galaxy, you're sparking the freshness once again by creating new excitement for seeing other heroes come together. It's certainly a part of Infinity War that I am really looking forward to. The photoshoot also gives you a larger sense of the scope of the MCU, and just how many characters have been involved with it over the years. This is an ever-growing universe, one that I have been enjoying for ten years now. To see what it has blossomed into is just amazing. Back in 2008, who ever could have predicted that we would have not one but two Guardians of the Galaxy movies. It's just incredible! Overall, I really like these covers, and I hope it means that the trailer itself is coming soon. 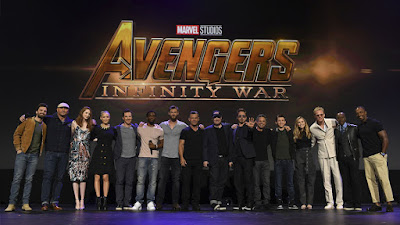 What do you think? Do you like the Vanity Fair covers? Are you looking forward to Avengers: Infinity War? When do you think the first trailer will drop? Leave your thoughts in the comments section below.