How I Rank: The DC Cinematic Universe 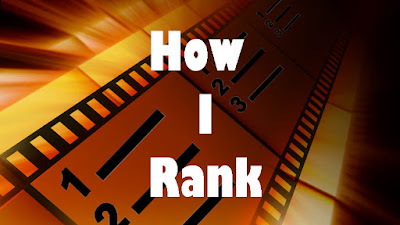 With Justice League opening in theaters this weekend, I thought it would be a good opportunity to put out another installment my new editorial series, "How I Rank". Here, I take something in the film world. It could be a director, an actor, a franchise, or anything really along those lines, and I rank the films within it based upon my personal preferences. Some of these rankings you may agree with, and some of them you may view differently. Please feel free to jump into the comments section to voice how you think these movies should be ranked. These aren't necessarily based on how objectively good the film is; it's all based on my own personal preferences, and how I would rank these movies based on my individual enjoyment of them. So take a look at the lists I've crafted, starting with how I currently would rank the DC Cinematic Universe. Careful, there may be spoilers for each of the films. 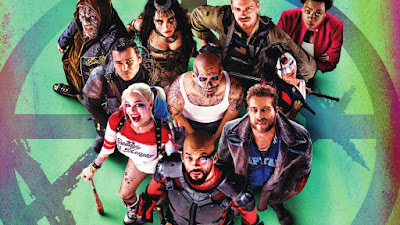 Hopefully this is the last time I have to talk about this train wreck of a movie. There are very few films I can say I genuinely hate, and Suicide Squad is one of them. The narrative is a complete mess. It makes no logical sense how anything pieces together. The characterizations are entirely underwhelming. While I love a lot of the actors portraying these characters, the writing behind them just couldn't make me care about Harley Quinn, Deadshot, Amanda Waller, or anyone else in this film. The music choices are haphazard at best, and are only shoe-horned in there during post-production as a direct response to the criticism of Batman v. Superman: Dawn of Justice being too dark and serious. But just inserting a pop song doesn't immediately make a movie lighthearted and fun. The editing is also completely incoherent. Near the end of the film, I actually began to get a headache in the theater because of just how utterly nonsensical this movie was. I will never see Suicide Squad again. It was an incredible disappointment for me, and it will forever remain a dark spot on DC's past, regardless of how great their future films turn out to be. 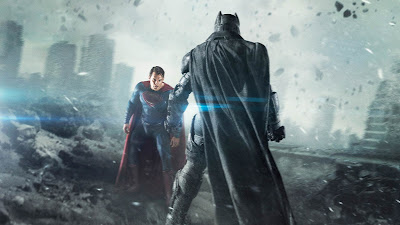 Batman v. Superman: Dawn of Justice is not nearly as bad as Suicide Squad, but it is a mess and a letdown in its own right. While I don't think Suicide Squad really has any redeeming qualities, Batman v. Superman has several. The characterization of Ben Affleck as Batman is fantastic. He nails the role, and gives us one of the best Batman performances we have ever had. The aftermath of Man of Steel is very well realized, and makes a lot of sense narrative wise. While she's not in the film all too much, this is the movie where we are first introduced to Gal Gadot as Wonder Woman, and it's only enhanced after seeing her solo film. However, Batman v. Superman is rather messy. Its narrative feels disjointed, and the editing is rather unpolished. Though a lot of the editing mistakes are fixed with the Ultimate Cut, it doesn't keep the story from feeling bloated. Jesse Eisenberg as Lex Luthor is one of the worst villains ever conceived. It takes a giant shit all over the character, and makes him out to be an absolute moron. I hated every second he was on screen. And the final battle with Doomsday is so rushed and CGI-heavy that it makes the film feel like it's going down the shitter. The death of Superman comes out of nowhere, and does not feel organic whatsoever. Batman v. Superman isn't awful, but it's not a movie I really care to see again. 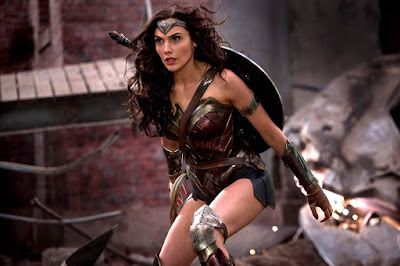 Wonder Woman dropped earlier this year, and for many it's their favorite DC Cinematic Universe film. It's a really good movie, and one that I enjoyed a lot. But it doesn't quite make it as my number one. If you want a spoiler-free version of my review, check that out here. Wonder Woman is excellently realized in this film. I love the nuance and the characterizations brought to her by both Gal Gadot and the writing. Her chemistry with Steve Trevor (Chris Pine) is also excellent. The action scenes are beautifully directed by Patty Jenkins, giving us some of the best action sequences the DC Cinematic Universe has put to screen. The comedy in this movie isn't overabundant, but rather comes about naturally. It is funny when the story calls for humor, but it is able to be serious when the drama requires it to be so. I do have problems with the villains. None of them are that great, and the final battle between Wonder Woman and Ares is very reminiscent of Batman v. Superman. It felt unnecessary, and more like a studio mandate rather than something Jenkins actually wanted in the film. But the good qualities of Wonder Woman far outweigh the bad, making it a really fun, stand-alone feature. 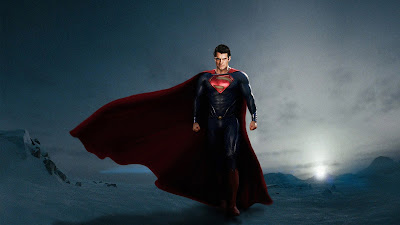 I do believe Man of Steel is an underrated film, though I won't go as far to say that it's a "masterpiece", as some of its die-hard fans so lovingly call it. But people do not give it the credit it deserves. What strikes be about Man of Steel is how mature of a comic book movie it is. It gets into deep, philosophical themes about Kal-El's (Henry Cavill) journey into understanding his powers, and the contrasting doctrines of his real father (Russell Crowe) and his Earth father (Kevin Costner). In terms of its narrative, I think it pulls off an incredible feat, and one that had me glued to the screen. Michael Shannon is absolutely fantastic as General Zod, and turns in a criminally underrated villain performance. He is equally as methodical as he is terrifying, making him a fantastic foil to Superman. The final act feels cathartic to the build-up of the story. However, once Superman has to fight the tentacles at the North Pole, I think the action has overstayed its welcome. But I don't hate the destruction of Metropolis in the same fashion as everyone else does. Similarly to Superman snapping Zod's neck, it served a story purpose. Man of Steel isn't a perfect movie, but I do think it is fantastic, and it will be hard for the DC Cinematic Universe to top it. 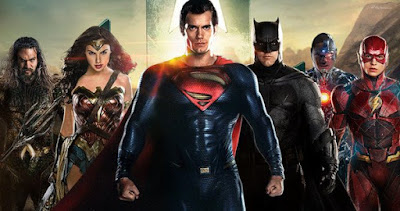 What do you think? How would you currently rank the DC Cinematic Universe? Are you planning on seeing Justice League? Leave your thoughts in the comments section below.

Written by: Nathanael Molnár
Email us your movie questions at: themovieparadise999@gmail.com
Like us on Facebook, and Follow us on Twitter and Instagram @movieparadise99
batman v superman dc editorial how i rank justice league man of steel nate spoilers suicide squad superhero wonder woman