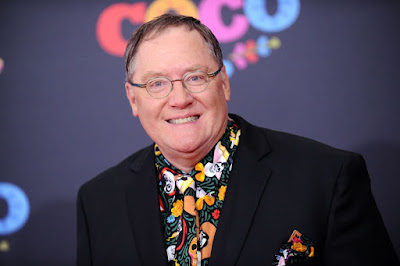 Over the past several weeks, we have been witnessing an industry-wide purge of assholes; that is the best way to put it. It all began with Harvey Weinstein, when he went down for decades of sexual harassment, assault, and even rape. Since then, more and more men in the film industry have fallen, with Kevin Spacey, Brett Ratner, Louis C.K. to name a few. When it was just Weinstein, I did a podcast on whether we should separate the person from the art. You can listen to it here. However, in the weeks since, my opinion has changed. Less and less I'm able to separate the person from the art. Kevin Spacey was one of my all-time favorite actors, and now I can't stand to see his face. I haven't really reported on these allegations against men within the film industry before because I don't believe I'm qualified to comment on the matter. I discuss movie news, and while people like Spacey and Weinstein are involved in the industry, it's not really something I want to talk about on this site. This website is for fun movie discussion, and once we start getting into deep moral conversations, it dilutes that a bit. I'm not ignorant to the issue; on my own private social media, I'm incredibly vocal about political matters and sexual assault. But The Movie Paradise is for movie discussion. However, the next person who has been ousted blurs the line into a movie discussion. John Lasseter, co-founder and head of Pixar, has taken a leave of absence from the studio after allegations of sexual harassment.

If you want the full details, you can read The Hollywood Reporter's breakdown here. But basically, Lasseter acted in a terrible manner. My belief is that these kinds of people cannot be in the industry any longer. I don't care how talented they are; they need to be removed. So yes, Lasseter was a creative genius who was behind some of the greatest animated films of all time. But he also harassed and violated women, so he needs to go. Right now he is simply on a leave of absence, but as more details are coming out, I'm sure he'll either resign or will be fired. So putting the morality of the situation aside, how does this affect Pixar? This is a giant blow. To compare it to Marvel, Lasseter was Pixar's Kevin Feige. He steered the ship, and now he's gone. Pixar is going to have to do a lot of work, not just to find a new head, but to figure out how to make a safer work environment. One of the more disturbing parts of this revelation is that Pixar was such a toxic environment for women. It's weird to think about this fun animation studio being so detrimental for women. Pixar is going to have to do a lot of work to remedy the situation. And how will all of this impact Coco? Pixar's latest film opens in theaters this weekend, and this information is dropping just days before its release. Will it have an impact? I think it will, but not a substantial one. There will be some people turned off from Pixar for a bit, and won't want to go out and immediately see Coco. However, I don't see a lot of parents refusing to take their kids to the latest animated movie because of the studio's head is a piece of shit. Hopefully, positive change can come about from this awful situation. 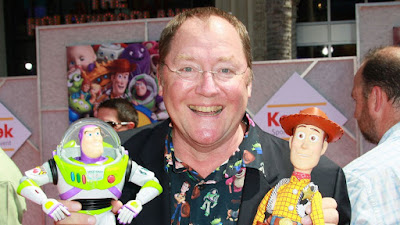 What do you think? How will John Lasseter's leave affect Pixar? Will it have an impact on Coco? Leave your thoughts in the comments section below.