The Killing of a Sacred Deer SPOILER-FREE Review 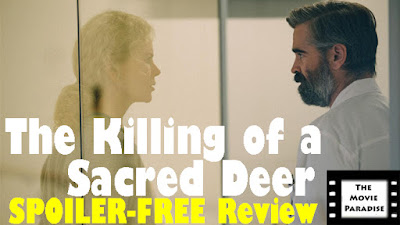 I haven't been on board with all of A24's films. They have certain movies that I love, such as Locke and Room. But then there are others that I detest, such as their other films earlier this year, It Comes at Night (read our review here) and A Ghost Story (our review here). When A24 gives us movies that tell a more conventional, wide-appealing story, I can get behind it. Locke and Room tell intimate tales, brought to life beautifully by rich performances. But when A24 gives us movies that go for a radical art house feel, that go for artistry to the point where it compromises the story and its characters, that's when I begin to resent the studio. They've already done it a couple of times this year, but I thought it would be different here with The Killing of a Sacred Deer. Yes, the trailers were reminiscent of A24's past artistic failures, but it's written and directed by Yorgos Lanthimos, the Oscar-nominated talent behind The Lobster. I believed that this one could strike the right balance between art and film, but unfortunately I was wrong. The Killing of a Sacred Deer falls right into the same old traps A24's past movies were also susceptible to.

Surgeon Steven Murphy (Colin Farrell) is forced to make an unthinkable decision when confronted by his young protege (Barry Keoghan). 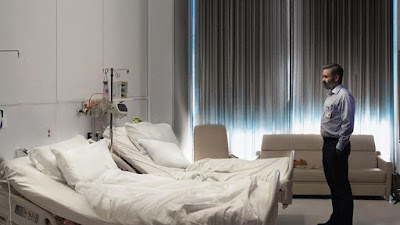 This film isn't nearly as pretentious as A Ghost Story was. I never felt like it was trying to one-up me with incomprehensible metaphors, like the pie scene in the aforementioned movie. But Yorgos Lanthimos goes for a distinct style that ultimately fails. One might perceive it as dark comedy, though the humor in it is more that what is being said is being said at all. We're not laughing with the movie; we're laughing at it. Characters will have asides either with their dialogue or with their actions where they do or say something so outrageous that you can't help but to laugh. Colin Farrell's talk to his son about an incident involving his father certainly comes to mind. These moments serve no purpose; they do not further the story. They don't really add to our understanding of the characters. All it is is fluff. It's extra baggage that, for whatever reason, Lanthimos thought would be necessary or funny, and it's not at all. The film is littered with these asides, and all it did was dilute a rather interesting story. Buried under all of this extra shit is a story that could have made for a fascinating and riveting thriller. But instead, all we have is an interesting concept wasted by a writer who doesn't know how to stick to the basics of screenwriting. It's amazing that I'm saying this about an Oscar-nominated screenwriter, but I don't know how else to put it. Every line of dialogue, every single character, and every scene of a movie should be solely in service to pushing the story forward, and this movie is filled with dialogue, characters, and scenes that only stagnate and offer nothing to the overall narrative.

I wish I could rave about the performances at least, but I can't. But I don't exactly blame the actors for their performances, because I believe it was all under Lanthimos' direction. Every performance is entirely deadpan. All of the actors say all of their lines without the slightest bit of emotion. And if the there is a collective impassiveness amongst the actors, how am I supposed to get into the characters? I was unable to sympathize with Colin Farrell, or understand the twistedness of Barry Keoghan. I could never feel the emotional distraught of Nicole Kidman. Emotions that should have run rampant were completely void of all life. Again, I don't blame the actors, because, since every single actor played their part in the exact same way, it signals to me that this was a deliberate choice on the director's part. Maybe Lanthimos thought this would add to the "dark comedy" of the script, but once again it fails upon execution. Whatever Lanthimos' vision for this film was when he wrote it does not translate to the screen with the movie that we got, and that is highly unfortunate. There are some positives. It's very well shot. By that, I don't mean that it is just competently shot, but rather that the cinematography is above average. This is a really nice looking film, and I appreciated it on that level. There are some bold score choices and, unlike the script and direction, it works. It added tension to certain scenes. Similarly to It Comes at Night and A Ghost Story, there are fantastic individual scenes. There are select sequences where I was riveted and glued to the screen. However, the film in its entirety does not do these scenes justice, and lessens their impact. 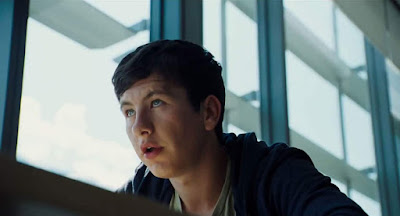 Overall, The Killing of a Sacred Deer is a letdown for someone who was on the fence about A24, and wanted to be won over. Yorgos Lanthimos goes for something distinct with this movie, and it fails in its translation to the screen. Certain asides characters have with their dialogue or with their actions are entirely ridiculous, and do nothing to further the story. Their purpose may be for comedy, but we are laughing at the movie rather than with it. This extra fluff only acts as baggage to weigh down the rest of the movie. The performances are all deadpan, most likely instituted by the director. This makes it hard to buy into any of the characters, or to understand their individual plights. There is some really nice cinematography, and some bold score choices that do pay off. There are also certain scenes within the movie that I thought were really good in of themselves. The initial concept is one that I really like as well. But Lanthimos fails to turn that into a compelling film, and instead gives us something that is far more of an art piece rather than an actual movie. 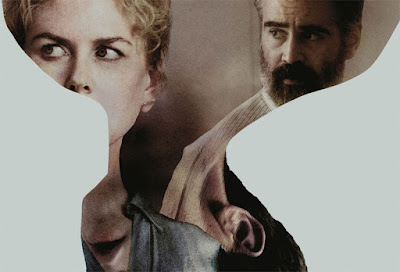 What do you think? Have you seen The Killing of a Sacred Deer? If not, are you planning on seeing it? Leave your (spoiler-free) thoughts in the comments section below.

Written by: Nathanael Molnár
Email us your movie questions at: themovieparadise999@gmail.com
Like us on Facebook, and Follow us on Twitter and Instagram @movieparadise99
2017 film A24 alicia silverstone barry keoghan colin farrell nate nicole kidman spoiler free review the killing of a sacred deer yorgos lanthimos