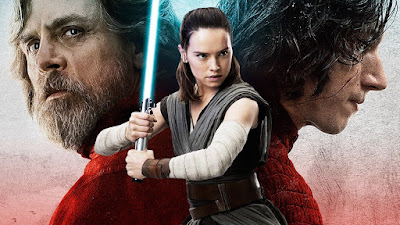 Star Wars Episode VIII: The Last Jedi has become one of the most divisive films of the year. I have heard both extremes: some think it's the greatest Star Wars movie ever made, while others think it is the worst put to screen. Many, however, are in the middle. I rather enjoyed the movie. I personally liked it more than I did Star Wars Episode VII: The Force Awakens, but not as much as I loved Rogue One: A Star Wars Story. You can read my full, spoiler-free thoughts on the movie here. But even if it doesn't have the universal love that some of the other installments in the franchise do, The Last Jedi has still been a monster at the box office. It had a massive opening weekend, bringing in $220 million dollars domestically, having the second biggest domestic opening of all time, just behind The Force Awakens. So we all knew this was going to happen at some point: The Last Jedi has officially crossed $1 billion dollars at the worldwide box office, overtaking Despicable Me 3 as the third highest grossing movie of the year, and coming in just behind The Fate of the Furious and Beauty and the Beast in the number two and one spot respectively.

This comes as no surprise. Everyone assumed The Last Jedi would make a billion; the question was whether it would make two billion. I don't think it will cross that second milestone, however. I think it will finish out around $1.5 billion, which is a fantastic number for Disney. That would make it either the fifth or sixth highest grossing film of all time. Some people are saying that The Last Jedi is a box office failure, which is absolute nonsense. Any movie that crosses $1 billion dollars at the box office (unless it cost $999,999,999.999 dollars to make) is in no way a failure. So let's just put that ridiculous argument aside; this is absolutely a success for Disney. Now, this is usually the part of the article where I would talk about what other remaining movies this year I think will also cross a billion dollars, but I think The Last Jedi is the final movie that will do so. Instead, I'll reflect on the films I initially thought would cross a billion but didn't. There are three notable movies that did not cross this milestone: Pirates of the Caribbean: Dead Men Tell No Tales, Transformers: The Last Knight, and Guardians of the Galaxy Vol. 2. The two former series have had every other installment in their franchises gross a billion, so it would make sense that their latest entries would as well. However, with these series being as consistently bad as they have been, it has finally caught up with them. They weren't failures, but rather didn't make as much money as the studio had hoped for. With the latter, however, the problem wasn't that it was a bad movie; it just wasn't as good or as universally loved as the original had been. Vol. 2 still made a lot of money, and was very profitable for Marvel, but had it been just as good as the first one was I think it would have joined the billion dollar club. So there you have 2017, with four movies having grossed over a billion dollars. 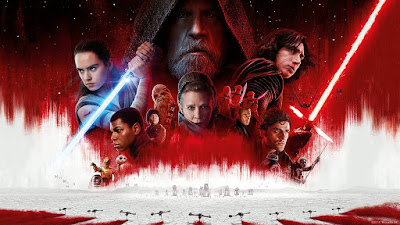 What do you think? Were you expecting Star Wars Episode VIII: The Last Jedi to cross a billion dollars at the worldwide box office? Do you think it will cross $2 billion? Are there any remaining 2017 movies you think will also join the billion dollar club? Leave your thoughts in the comments section below.