Blade Runner 2049- Ridley Scott Wants to Do Another Film 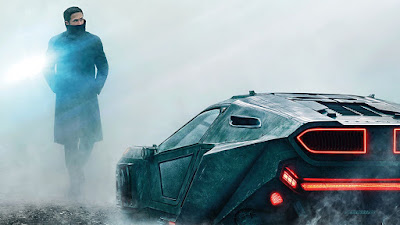 One of the biggest surprise films of 2017 for me was Blade Runner 2049. I've seen the original a couple times now, and I'm not really a fan of it. Granted, each time I see it I do appreciate it more, but I still can't say that I really like it as a movie. So I wasn't sure how I was going to react to the sequel, and I ended up loving it. It amplified all the things I liked about the first one (the world, the aesthetic, the sci fi-noir feel) and improved upon what I thought the first one lacked (the story, the characterizations). It'll end up being one of my top favorite movies of the year. You can read our full review for the film here. However, it did not do great at the box office. On a $150 million dollar production budget, it only made $258 million dollars worldwide. This means 2049 came short of breaking even, and most likely lost Warner Bros. some money. Unfortunately, this puts the likelihood of seeing anymore Blade Runner movies at slim to none. However, producer Ridley Scott has seemingly given the hypothetical third film some promise. While promoting his new movie All the Money in the World (read our review here), Scott talked about the potential of a third Blade Runner movie, saying on whether it would happen: "I hope so, I think there is another story. I've got another one ready to evolve and be developed, so there is certainly one to be done for sure."

I'm not surprised Scott wants to another film. He has aired some grievances he has with 2049 in the past, so he could see doing a third movie as a way to retcon some of the issues he had with the last one. But I don't see how Warner Bros. would ever put up the money to do another Blade Runner movie. Maybe they would do it if the budget could be only $40 or so million dollars, but 2049 proved that you need a $100+ million dollar budget to effectively capture this world and tell these stories. Blade Runner is inherently a large scale spectacle, and with Warner Bros. most likely losing money with 2049 I just don't see them being very eager to put up another $150 million for a third movie. Now, Scott could take it to another studio, but I'm not sure what kind of contract he has with Warner Bros. They may have the exclusive rights to the franchise, or he could have all the power himself. We don't know all of the details on that front, and that very well could be a major deciding factor in the future of this property. But let's talk about this hypothetically: let's say Ridley Scott was able to convince Warner Bros. to put up the money and they began developing a third film-- you need Denis Villeneuve back. He brought so much to 2049, and a lot of the reasons why that movie worked was because of him. He absolutely needs to be involved, and not just as a producer. He needs to write and direct this one as well. Frankly, I don't care whether Ryan Gosling or Harrison Ford returns. They were both great in 2049, but they're stories can easily be over. If a third one is to be made, the one person who absolutely needs to be involved is Villeneuve, or else my interest in the project plummets. But that's assuming this movie ever even happens. 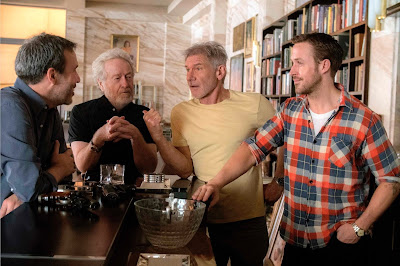 What do you think? Will we see another Blade Runner movie? Do you want Denis Villeneuve to return? Did you like Blade Runner 2049? Leave your thoughts in the comments section below.