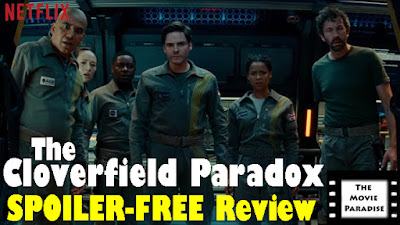 The story behind The Cloverfield Paradox's marketing is almost just as intriguing as the final film. For the longest time, "Cloverfield 3" was known simply as God Particle, a mysterious movie coming out at some point in 2018. We had no official plot synopsis, no posters, no trailers-- nothing. Then, a few weeks ago, we heard rumblings that Paramount was talking with Netflix to potentially sell the film, but we never heard anything after that. Then, during the Super Bowl, a 30 second TV spot for God Particle, now titled The Cloverfield Paradox, announced that not only was the movie going to be on Netflix, but that it was dropping on the site immediately after the game! This caused a huge commotion of fans eagerly checking out the movie, excited by the possibilities. When I heard the announcement, I too was excited at first. However, the more I thought about it, the more I became apprehensive. This looked like an effort on Paramount's part to ditch the film as fast as possible. Why would it go to Netflix and drop with zero marketing if it was incredible? So I watched The Cloverfield Paradox expecting it to be a giant pile of shit, and it's not. While most people aren't too hot on this movie, I found it to be a relatively enjoyable time for a Netflix film. It's certainly not a great movie, but it does enough to push the Cloverfield mythology forward for me to remain interested in this franchise. 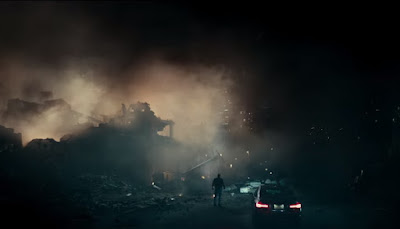 I'm not sure what my reaction to this movie would have been had we gotten three full trailers, a series of posters, and it was released in theaters. Had we gotten all of that, and I went out and paid $10 for a ticket, and I saw the exact same movie I just watched on Netflix, I think I would have liked it significantly less. While it has a strong cast and quality looking effects, The Cloverfield Paradox does not work as a theatrically released film. You do watch Netflix original movies with a different lens; you don't have as high expectations for it as you would for a theatrically released movie. So that's probably why I had more fun with Cloverfield Paradox. It is not a great movie. It has very shallow characters, a loosely defined plot, and many question marks surrounding it, but I was very rarely not entertained while watching it. Cloverfield Paradox was (briefly) marketed as being the movie to unite Cloverfield and 10 Cloverfield Lane. That it would finally give us answers, and it doesn't. In fact, it asks far more questions than it answers. And for me personally, I was okay with that. Cloverfield Paradox adds a lot of new dimensions (literally) to the mythology, and it makes you question so much of what we have already seen, and what is in store for us in the future. Most times, having a movie that purely sets up more movies doesn't work. It consistently fails. But for Cloverfield Paradox, it surprisingly worked for me. It probably is just because it was a Netflix movie and I thought it was going to be shit, that I was fine with it being just an okay movie that sets up many possibilities for the future of the Cloverfield franchise.

Talking about the movie itself, it's adequate. It's nothing special. There have been far better films where a bunch of people are on a space station and some freaky shit happens. You have classics like Alien, and then you have pretty good movies like last year's Life. Cloverfield Paradox isn't anything special in this regard. One thing that actually helps the film is the backstory they give to their leading character, played by Gugu Mbatha-Raw. When you find out what has happened to her in her life, it's honestly heartbreaking. This really helped in me getting behind her as character, and I actually liked the movie more for it. I was impressed that they took the time to flesh her out in the way that they did. But every other character is razor thin in terms of development. Sure, you have great actors such as David Oyelowo, Daniel Brühl, and Chris O'Dowd playing them, but there's nothing to the characters to actually make me care about them. And honestly, O'Dowd is pretty bad in this film. They try to use him as the comedic relief, but it comes across as entirely forced. Some of the story beats in the third act also feel rushed, and it doesn't feel like everything was properly set up. It's sloppy filmmaking, but like I said before, it didn't bother me as much with it being a Netflix movie. 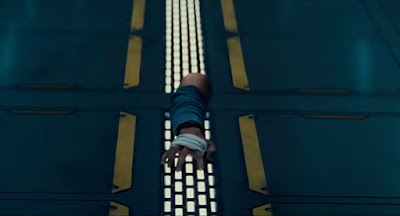 Overall, The Cloverfield Paradox is a decent film for a Netflix original, but would ultimately fail as a theatrically released movie. I went in expecting the worst, and it actually turned out to be rather adequate. It is not a great movie by any stretch of the imagination, but it is entertaining enough to hold my attention. It does a lot to push the Cloverfield mythology forward, and it offers up endless possibilities for the future of the franchise. Most times, I hate when a movie purely sets up more movies. But this is a spontaneous Netflix movie that we didn't know we were getting, and I wasn't expecting anything out of it, so I was okay with it. Besides Gugu Mbatha-Raw, who surprisingly well fleshed out, the characters have practically no development, and Chris O'Dowd as the comedic relief is actually pretty bad in this movie. Some narrative decisions don't make sense, and the third act plot points feel rushed. In the end, The Cloverfield Paradox is not a movie I'd ever care to watch again, but it was fine for what it was, and I'm still interested in seeing what the future holds for this strange and fascinating franchise. 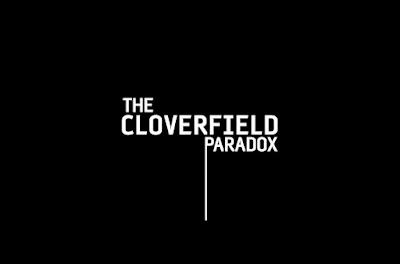 What do you think? Have you seen The Cloverfield Paradox? If not, are you planning on seeing it? Leave your (spoiler-free) thoughts in the comments section below.