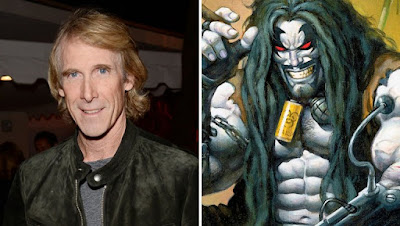 To say that the DC Cinematic Universe is a mess right now is an understatement. Justice League hit theaters just a few months ago, and it just barely cracked $650 million worldwide. That's an embarrassment on Warner Bros.' part. A Justice League movie, their Avengers, should not be making that little amount of money. And it's a sign that nobody gives a shit about the DC Cinematic Universe anymore. Ever since Justice League first hit theaters, and we realized it was just as lazy and underwhelming as their previous installments (read our review for the film here), I have been saying that DC needs to reboot. The numbers show it plain and simple: this DC Cinematic Universe is just not working. The critics have panned it, and clearly the fans don't like it, as they're not going out to the theater to see the movies. And yet, Warner Bros. is still pushing forward. Shazam has begun filming, which I'll talk more about on tomorrow's installment of Nerd Round-Up. Suicide Squad 2 is ramping up its production. DC is so desperate to compete with Marvel that they're willing to give us sub par material just to give us material at all. They would rather push through giving us shit than to start over, take their time, and give us actual quality material. Anyways, all that is to say they're not heading in a good direction, and now things have taken an even worse turn with this new announcement.

DC is looking at Michael Bay to direct a Lobo movie, a film they're saying is their answer to Fox's Deadpool. A script has been written, and Bay will read it over and give notes. If he's happy with the subsequent rewrite, then he'll direct the movie. Okay, let me comment on the actual idea of a Lobo movie right off the bat. I want to see it happen, but just like with Suicide Squad, it's too early for it. We don't even have a Batman movie and we're already talking about Lobo, a B-level character at best, if not a C-level one? They don't even have a grip on their universe, and they're already talking about Lobo? That's the problem with this DC Cinematic Universe; they rush into things way too quickly because they want to play catch-up with Marvel. And if you're denying that's what they're doing, they literally admitted it by saying Lobo is "their answer" to Deadpool. Now, let's talk about Michael Bay directing the movie. HELL FUCKING NO. No, no, no, no! They're going to get the guy responsible for the last four Transformers movies to do a film in their failing cinematic universe? And they're actively pursuing him, and having him make script revisions? This is a death warrant. This shows just how desperate and confused DC is right now. They're honestly like a chicken without its head, frantically running around. I really hope this project falls apart, because this would be just absolutely horrendous. 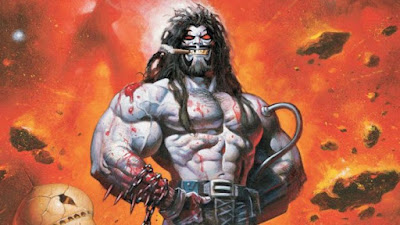 What do you think? Do you want to see Michael Bay direct a Lobo movie? Should Warner Bros. continue with the DC Cinematic Universe, or do you want them to reboot? Did you like Justice League? Leave your thoughts in the comments section below.