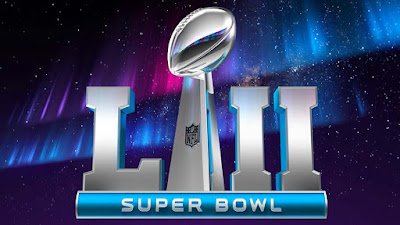 While the Super Bowl may be a glorious night for sports fans, it also is a special time for movie fans. During the Super Bowl each year, movie studios will drop trailers and TV spots for some of the year's biggest films. We've heard rumblings that first looks for blockbusters such as Solo: A Star Wars Story and Mission: Impossible- Fallout may drop, with other possibilities including Avengers: Infinity War, Jurassic World: Fallen Kingdom, Deadpool 2, Aquaman, and countless other 2018 movies. The Super Bowl is a great way to market a film to a wide audience, which is why studios are willing to drop millions of dollars for only thirty seconds of air time. But as a film fan, it's always fun to sit back and watch all of the TV spots make their way online. So here is all of the TV spots that have come out of the Super Bowl, as well as my thoughts on each of them.

I'm actually pretty excited to see Red Sparrow. I love Jennifer Lawrence, and I'm interested in seeing her in this kind of action movie. I've been on board with the trailers so far, and I think this film has a lot of potential. As a spot, this offers nothing new. There's no new footage, or anything to distinguish it from the rest of the marketing. If you're not going to offer up any new footage, why would you drop the millions of dollars it costs to air the ad with the Super Bowl? But this isn't a bad spot; it just recycles old footage. I'm still really pumped for Red Sparrow. I'm hoping it will be good, and I think it will be. There's always a chance it sucks, but from everything I've seen so far, I have enough to believe that it will end up being at least a solid movie.

A Quiet Place is one of my most anticipated movies of the year. I absolutely loved the first trailer. It was excellently crafted, and the premise of it just sounds fascinating. I love John Krasinski, and I think he's incredibly talented. So I'm very excited to see what he does directing this movie. And he's directing his wife Emily Blunt, of course. Altogether, this movie looks like it could be phenomenal, and I've been pumped for it. This spot only adds to the hype. It's all different footage from the first trailer, but it has the same effect. It communicates the same thing as that first trailer without just rehashing old footage, like Red Sparrow did. I'm starting to think A Quiet Place could end up being something quite special, and might end up being one of the most memorable movies of 2018, and one we'll still be talking about by the end of the year.

I've been hesitant about Solo: A Star Wars Story thus far. The director trouble has been a mess. I never wanted a Han Solo origin story in the first place. So I haven't been overly excited for the movie. Now, I'm going to wait to make a full judgment until I see the full trailer, but this spot was great. It has the right Original Trilogy feel to it that this story needs. It captures the world of Star Wars beautifully. Now, they were hiding Alden Ehrenreich until the end. That could be because they were afraid of how people were going to respond to him. They did only show us stuff setting the background and atmosphere, which is both genius and nerve-wrecking at the same time. But like I said, I'm going to wait to formulate my opinion on the movie until I see the full trailer, which drops tomorrow. As of right now, however, this spot has made me a lot more open to the idea that the trailer could win me over, and I could actually be getting excited for Solo: A Star Wars Story.

Skyscraper is Dwayne Johnson's next movie, and we haven't known much about it until now. The full trailer drops on The Tonight Show Starring Jimmy Fallon later tonight so, like Solo: A Star Wars Story, I'm going to wait to see the full trailer before I formulate my official thoughts on the movie. But this spot was great. It took me by surprise when I saw that he was missing a leg, but I really like their decision to do that. It keeps Johnson from seeming like this totally invincible superhero, and it gives him weakness as a character. I think that will be crucial for him in this film. This really does look like Dwayne Johnson's Die Hard, and I'm excited for that. I don't think it will rehash that movie, but rather it will be in the vein of it. They could do something really cool with this movie, and I'm interested to see what the full trailer looks like.

This Cloverfield movie has been a major question mark for a while. It was called God Particle, but we heard nothing about it. This spot is the first piece of marketing we've seen from the movie, and it was announced to be dropping on Netflix right after the football game tonight. This could be a stroke of genius, or a mad dash to avoid the film being demolished. This is probably the briefest marketing campaign I have ever seen. No trailers, no posters. No official images. Just a thirty second spot, and now the movie is on Netflix. This does make me nervous, because it was supposed to be a theatrically released movie, and now it's going straight to Netflix. I'm leaning towards this means the movie is garbage, but who knows? This marketing strategy could be brilliant, and it turns out the movie is awesome. However, if I had to put five bucks down on it, I'd say The Cloverfield Paradox ends up being a pile of shit. But I have been wrong before. We'll see.


And closing out the night is Avengers: Infinity War. I was sure we were going to get a trailer, but I didn't know how much new stuff they would actually show is, if any. We are just a few months out from the movie's release, making this a prime time for Marvel to debut a second trailer, but they also could just give us a TV spot instead. What we did get was some extended shots of the scenes we've seen before in the previous trailer. This is actually something Marvel has done in the past, as a way to keep themselves from revealing too much new footage over the course of the marketing campaign. It's effective; I don't know any more about the plot than I did before, and yet I got all new footage. This TV spot, however, did make me realize that I don't really want to see any more marketing for this film. I just want to see the movie at this point. 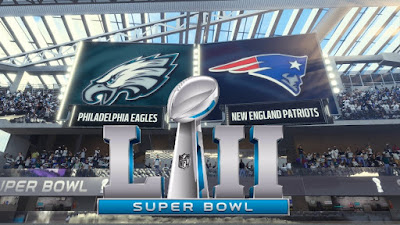 What do you think? Which were your favorite spots from the Super Bowl? Which were your least favorite? Were there any spots you were expecting but didn't get? Leave your thoughts in the comments section below.