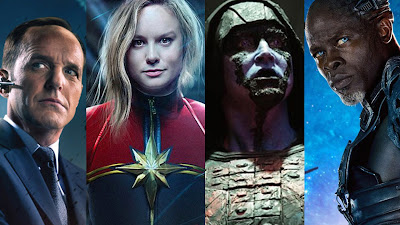 With Black Panther becoming the highest grossing comic book movie ever at the domestic box office this weekend, and the incredible Avengers: Infinity War trailer that dropped last week (watch that here), a lot of eyes are on the Marvel Cinematic Universe right now. And why shouldn't they be when Marvel is consistently putting out great movies? Looking past Infinity War, before Avengers 4 comes out, we have a couple of important films being released. There is Ant-Man and the Wasp, which is looking like it will be a lot of fun. But then you have Captain Marvel, which is a prequel set in the 1990's. Brie Larson is playing the titular heroine, with Samuel L. Jackson returning to play a two-eyed, younger Nick Fury. With the focus of Marvel's marking on Avengers: Infinity War, we haven't heard too many details about Captain Marvel's production. However, we learned today that Clark Gregg would be returning to play Agent Coulson, who died in The Avengers. Lee Pace and Djimon Hounsou will also be reprising their roles of Ronan the Accuser and Korath respectively from Guardians of the Galaxy.

The news about Clark Gregg isn't all that surprising. With Samuel L. Jackson's involvement, we know that S.H.I.E.L.D. will at least have a presence in the film, and it would just make sense for Agent Coulson to be there as well. I'm sure they're going to give him some ridiculous 90's haircut. But the more intriguing part of this news is the casting of Lee Pace and Djimon Hounsou. We already knew that the Skrulls would be in this movie, so with Pace and Hounsou returning it's official that the Kree will also be involved. This means that the infamous Kree versus Skrulls war from the comics will probably be prevalent in this movie. I wonder how different of a place Ronan and Korath will be in Captain Marvel from where we saw them in Guardians of the Galaxy? Will Ronan be a terrorist at this point, or will he be a good guy? It's also interesting that Captain Marvel will be used as a vessel to connect Earth to the worlds from Guardians of the Galaxy. Marvel could use Captain Marvel as a way to explain certain things we see in both Infinity War and Avengers 4 regarding the Guardians. This casting news is exciting to hear, and I can't wait to see what they do with Captain Marvel. 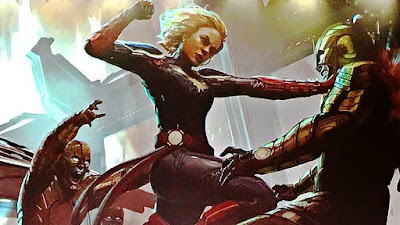 What do you think? Do you like the casting of Clark Gregg, Lee Pace, and Djimon Hounsou in Captain Marvel? What does their return mean for the MCU? Leave your thoughts in the comments section below.