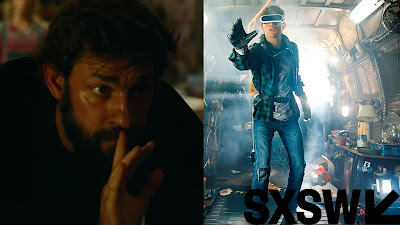 Two films I have been really interested in seeing are A Quiet Place and Ready Player One, but for different reasons. The trailers have been outstanding for A Quiet Place, presenting it as a terrifying departure from John Krasinski's The Office days. I have really gotten on board with these trailers, and the movie was one of my top most anticipated films of the year. But while I have been through-the-roof excited for the movie, part of me has been nervous that Krasinski won't be able to deliver on the caliber of film we are expecting. Similarly, I have been looking forward to Ready Player One. The trailers have been bonkers in terms of the scale and the scope of the movie, and it does come across like it is too much for a movie to juggle. I would automatically assume it would be a trainwreck of a film if it was not being directed by Steven Spielberg, who is one of the greatest filmmakers to ever live. But even with his involvement I have been hesitant to immediately think this movie will be great. So while I have been excited for A Quiet Place and Ready Player One, I have also had my doubts about both. However, both films screened at South by Southwest, and received absolutely outstanding reactions.

A Quiet Place is being described as "riveting", "terrifying", and as a "thrill ride". Critics are praising the work Krasinski has done on the film, and are claiming he has turned in a modern horror classic. Ready Player One reportedly received the longest standing ovation any film has ever gotten at SXSW, with critics describing it as "groundbreaking", "supremely entertaining", "a nostalgia trip", and as a return to form for Steven Spielberg's blockbuster movies. Hearing both sets of reactions has me absolutely giddy. I was more nervous for Ready Player One than I was for A Quiet Place, and yet it sounds like the former is actually getting an even stronger reaction than the latter! Now, this could still mean that the movies don't hit well with the audiences. I remember coming out of CinemaCon Pirates of the Caribbean: Dead Men Tell No Tales and The Fate of the Furious were getting good praise (not as much as these films, to be fair), and they ultimately went on to underwhelm the audience. So there is the chance that the average moviegoer does not see in Ready Player One and A Quiet Place what the critics are seeing, as there is with any film. But still, this is a very good sign, and it points to the likelihood that most people will walk away really liking these movies. A lot of my doubts have been reassured, and now I just cannot wait to see these two films! 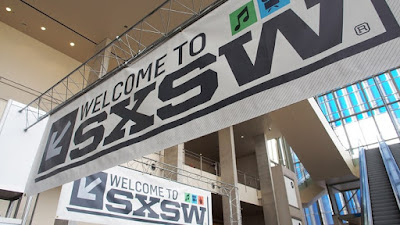 What do you think? Are you more excited for A Quiet Place and Ready Player One now after hearing the buzz coming out of SXSW? Are you planning on seeing the movies? Leave your thoughts in the comments section below.