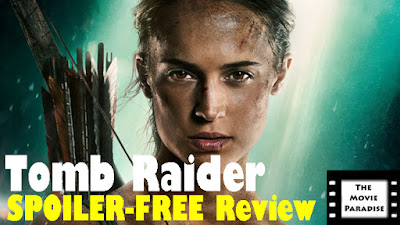 There has yet to be a really good video game movie adaptation. Many have tried, and none have succeeded. Even ones with outstanding talent behind it, such as Assassin's Creed, have fallen completely flat on their face. And with each upcoming video game movie, we all hope it will be the one to break the curse. For a while, I thought Tomb Raider could be the one. It stars Alicia Vikander, who won an Oscar for her performance in The Danish Girl. She plays Lara Croft, the daughter of a missing adventurer. When signing her father's will, Croft discovers a clue that leads her on a mission to an island where she must stop Mathias Vogel (Walton Goggins), the leader of a mysterious evil organization called Trinity. The more trailers I saw, the less enthusiastic I became for Tomb Raider, but still I held out hope that it would at least be entertaining. And the film is ultimately a very mixed bag. While there is fun to be had with Tomb Raider, I found myself laughing a lot during the runtime, and not at the things the movie wanted me to laugh at. 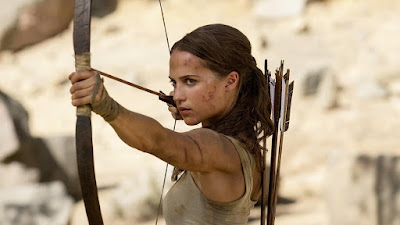 Tomb Raider follows the 2013 reboot of the game very closely, from the film's design to its plot points. And basing this movie off of that iteration of the game does make the most sense. The Tomb Raider games have had a history of needlessly sexualizing Lara Croft, something the Angelina Jolie movies tried to emulate. But with the 2013 game reboot came a more serious, more realistic Lara Croft, and that's what director Roar Uthaug goes for with his movie. I appreciate what they were trying to do here, but it doesn't exactly work. Alicia Vikander is clearly the best choice for this role, and brings a lot to it. She does a great job with the role's physicality, and even brings a realness to the film's dramatic moments. The best part of this movie is the action sequences, and what Vikander does with them. I may not have been invested in the characters or the story, but these are rather visceral scenes, and Vikander did a great job in bringing them to life. However, as much as Vikander tries to immerse you in the film through her character, she cannot overcome the weak script and laughable dialogue. The movie lacks any genuine character development. It tries to hook you on the relationship between Lara and her father (Dominic West), but this is done solely through stereotypical flashbacks. At one point, Lara sees a random guy on the street and imagines it's her father. It's a cheesy moment that didn't need to be in there. The connection between them never felt real and, considering it's supposed to be the emotional heart of the film, it really kind of fell flat. You buy into Lara Croft because of Vikander's performance, not necessarily the work they do to flesh her out as a character. Every other character is rather one-dimensional as well. While Goggins is trying to make his villain an intimidating one, it all boils down to the fact that there just isn't much to his character to begin with. 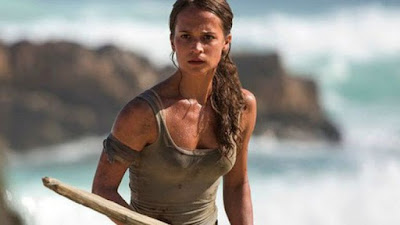 I was laughing quite a bit throughout this movie, but not as what they wanted me to laugh at. There is some horrendous dialogue in this film, with equally horrible delivery. A lot of the side characters are not only poorly written, but rather poorly performed. Tomb Raider also has a pretty big exposition problem. Things will happen that you, as the audience, can figure out on your own. You are able to piece it together in your head. However, the film still gives you a big montage sequence, showing Lara piecing it all together. There are a few moments when it seems like the filmmakers think we are complete idiots because they have to spell out word-for-word exactly what something means when we've already figured it out on our own. The film also has a completely unnecessary supernatural element that did not need to be in there. It should have just been Lara going on an Indiana Jones-style adventure, rather than her battling ancient curses and zombie ghosts or whatever the fuck they were. I don't care if that's how it is in the video games; these are supposed to be adaptations, not literal beat-for-beat recreations of the games on screen. The filmmakers have to take the essence of the game and create their own story around it, instead of trying to simply appease video game fans by bringing their favorite games to life on screen.

Overall, Tomb Raider has a lot of the right pieces in place to make a really fun action/adventure movie. However, it falls short of pulling it off. Alicia Vikander is really good as Lara Croft, and brings a lot to the character. She masters the physicality of the role, and does a great job with the action sequences. And these action scenes are probably the best part of the movie. However, the film ultimately suffers from a weak screenplay. There is little to no character development across the board. The emotional crux of the movie is supposed to be the relationship between Lara and her father, but it doesn't exactly materialize in the right way to truly sell it. Walton Goggins gives a fine performance, but there just isn't much to his character to make him a compelling villain. There is a lot of terrible dialogue in this movie, spoken by many poor supporting actors. There is also an unnecessary supernatural element introduced for really no reason. In the end, Tomb Raider is another earnest attempt at breaking the video game movie adaptation curse, but it fails alongside all its predecessors. They have the right talent for in front of the camera, but not for behind it. Had there been a better script, Tomb Raider could have been really great. But instead, it's simply another lackluster video game movie, and another failed attempt to spawn a franchise around this IP. 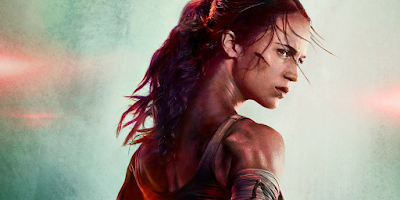 What do you think? Have you seen Tomb Raider? If not, are you planning on seeing it? Leave your (spoiler-free) thoughts in the comments section below.