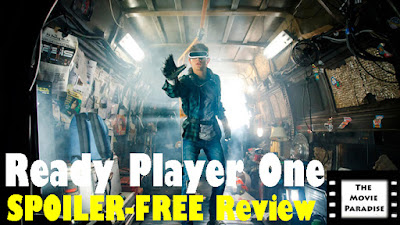 Ready Player One takes place in a world where everyone is so absorbed in technology that they pay no attention to the real world. In other words, it takes place in 2018. Steven Spielberg brings the novel of the same title by Ernest Cline to the big screen, and, from the looks of the trailers, I didn't know exactly how this could be adapted effectively. I never read the book, but the trailers looked so wild and zany that it seemed almost impossible for anyone to pull it off. The only thing that made me think Ready Player One could work was that it was being directed by Spielberg, arguably the greatest director working today. But still, I was apprehensive. I have since learned never to doubt the holy master Steven Spielberg. He turns in a magnificent film, one that balances the style perfectly with the substance. Sure, it's big and flashy with tons of CGI, but it also has a lot to say about where we are heading as a species and how we are losing our ability to connect with each other. It's a profound film that puts to rest any doubts anyone may have had that Spielberg no longer has it; he most certainly does! 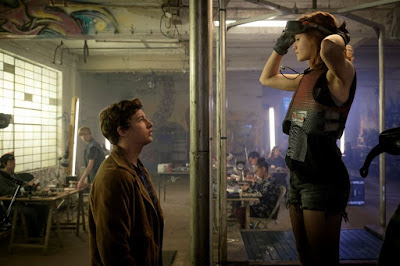 Just from a visual standpoint, this is an incredible achievement in filmmaking. Never have I been able to say this about a movie I've seen in theaters, but I've never seen a movie quite like this before. What Spielberg pulls off is simply applause-worthy. Ready Player One is for Spielberg what The Wolf of Wall Street was for Martin Scorsese. When The Wolf of Wall Street came out, people praised Scorsese, claiming it to be such a young film for a man in his seventies. In the same vein, it's stunning to think that Spielberg, who is 71 years old, was able to make a film so fresh and original, and so inundated in pop culture. Sure, the pop culture is mostly 70's and 80's, which Spielberg himself contributed heavily to, but this feels like a young man's movie-- as opposed to a film made by someone in his seventies-- and that is an impressive accomplishment in of itself. The two most noteworthy scenes in the film are the racing scene and the final battle. Both were prevalent in the trailers, but there is a lot more to them in the actual movie. These action sequences are exhilarating, and literally take your breath away as you are swept up in the moment. This is a wholly immersive film, and it's one that you are taken aback by in the best way possible. This film is a testament to how strong of a director Spielberg is, and reaffirms that he is one of the greatest directors alive today. The style is a throwback to what he brought to blockbusters like Jaws and Jurassic Park, but reinvigorated with modern technology. 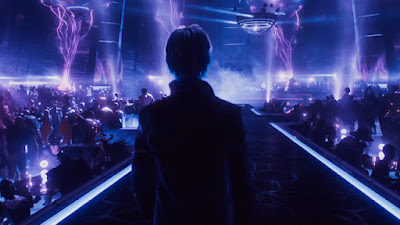 Yes, this movie is big and flashy, but it also has an incredible amount of substance to it. It has a lot to say about how we use technology, and how being "plugged in" can effect our interactions with other human beings. There are very telling shots of people walking around the streets, wearing the headgear that puts you in the OASIS. Everyone is locked into this virtual world and they never acknowledge the actual real people around them. Real life is the only thing that's real, as a character says at one point in the film. And you get a sense of how dependent people are on the OASIS. Early on in the movie, Wade's (Taylor Sheridan) step-uncle spends all the mortgage money on power-ups, and this is not an uncommon occurrence. So while it is a big fun movie that is filled to the brim with pop culture references and giant spectacle action sequences, it also has a lot to say about our individual dependence on technology, and how it isolates us from other people rather than connects us. Art3mis (Olivia Cooke) tells Wade that he has lived most of his life within the OASIS, instead of in the real world, and that divide is something we as a society are currently on the cusp of. 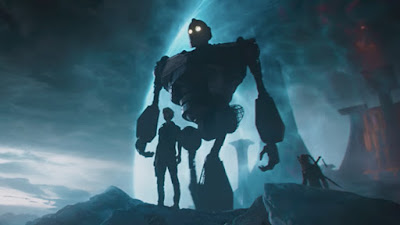 Overall, Ready Player One is another brilliant film from Steven Spielberg. It encapsulates everything you want out of a movie. It has heart-pounding, exhilarating action sequences. At the same time, it also has meaningful character development, a strong story, and a timely message about our dependence on technology. It has strong performances across the board, with Taylor Sheridan and Olivia Cooke having fantastic chemistry. Ben Mendelsohn turns in another fabulous villain performance, cementing him as one of my favorite antagonist performers. This is a film unlike anything I've seen in theaters before, painstakingly realized with beautiful visual effects. Right now this is the front runner to win Best Visual Effects at next year's Academy Awards, and I doubt it will be beat. It hearkens back to what made Spielberg's older blockbusters so great, and it shows that Spielberg still has the ability to be an incredibly innovative filmmaker. He pulls off a movie that I think would have fallen apart in anyone else's hands, and he makes it work across the board. This is a film that deserves to be seen in theaters, especially in IMAX 3D if you can afford it. I highly recommend going to see this movie. I saw it twice in two days, so that alone should tell you how highly I recommend Ready Player One. 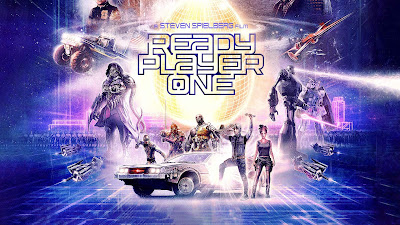 What do you think? Have you seen Ready Player One? If not, are you planning on seeing it? Leave your (spoiler-free) thoughts in the comments section below.