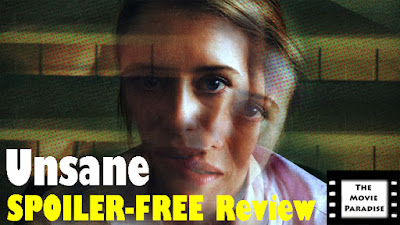 Up until I saw it in theaters, I knew Unsane exclusively as the movie that was shot on an iPhone. I knew it was directed by Steven Soderbergh, who's given us such films as Ocean's Eleven and Logan Lucky. However, I knew nothing about the plot or really what kind of genre of film this was. All I knew was that it had been filmed on an iPhone. While that's certainly interesting, and I was definitely curious to see how it would look on the big screen, I couldn't help but think of it exclusively as a gimmick. I sounded like Unsane was saying, "Hey guys, we're the movie that was filmed on an iPhone! Be sure to check us out because that's cool!". That's not a good thing for a movie to do, so that did make me a little hesitant going into the film. However, surprisingly enough, the fact that this movie was filmed on an iPhone actually enhances it, to the point where the same effect could not have been captured on a regular camera. While it does lack a bit in story, and there are some wooden performances and some cheesy dialogue, the camera work done by Soderbergh himself is incredible, especially all the innovative ways he uses the iPhone to shoot a completely unique-looking movie. 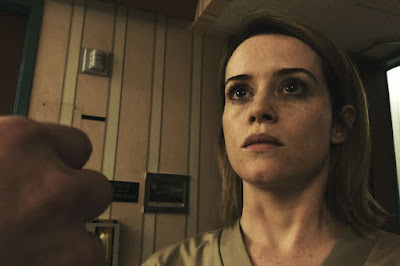 The single greatest part of Unsane is the cinematography. Director Steven Soderbergh works as the film's DP, under the pseudonym Peter Andrews. What Soderbergh does with the iPhone to capture this film is innovative, and is by far the movie's most impressive aspect. It is to the point where the same effect could not have been captured with a standard movie camera. The look of the iPhone gives the film an independent feel, and it comes across as unpolished. It's unsettling to a degree, because it is not what we as the audience are used to. However, this perfectly fits the story, as the entire narrative is centered around a girl who is not sure whether she is going insane or not. She cannot differentiate reality from the imaginary, and this psychological dilemma is captured and represented by Soderbergh shooting the film with an iPhone. But it's not just the effect of the look of the iPhone, but also how Soderbergh uses it. He doesn't just set it up as if it is a regular camera, and cuts between two over-the-shoulder shots during a conversation. Just as using the iPhone is innovative itself, where he places the iPhone and how he captures his shots are innovative as well. He'll place the iPhone at the end of a table, allowing the conversation to simply play out. By using such a small device-- compared to the massive size of traditional Hollywood cameras-- Soderbergh is given a lot of freedom as to where he can put the camera and how he can shoot the scenes. So not only does the look of the iPhone complement the actual narrative, but it also frees Soderbergh to be able to get a lot of really fascinating shots and to ultimately deliver on some incredible cinematography. 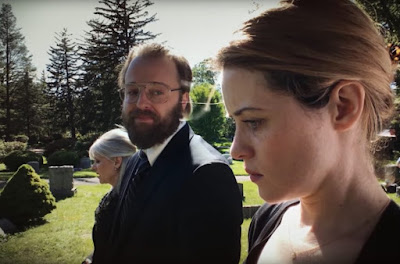 While the look of the film is spectacular, the actual movie itself is somewhat lacking. It's not terrible by any means, but there is a lot left to be desired. This mostly concerns the characters, narrative, and dialogue. However, for the most part, the performances are quite adequate. Claire Foy is good in the leading role, and there are also a lot of other good actors throughout the movie. The highlight for me is Jay Pharoah, especially seeing him in a role different from what he normally plays. However, while none of the performances are entirely bad, the actors do sometimes deliver wooden performances. It's not every scene, nor even for most of the movie. But there are a few scenes where the performances are underwhelming. When it's a simple dialogue scene, these actors pull it off fine. But as soon as it gets to something more difficult, something that requires a stronger performance, it begins the fall apart. There is also some clunky dialogue. It doesn't always sound that realistic, and it's clear that the actors sometimes are having a hard time getting the words out of their mouths. Once you start to look at the overall story, and understand how all the characters relate to each other and what is ultimately happening, it's not airtight. Some of the connections the film makes are pretty loose. Not too loose to necessarily classify them as plot holes, but it doesn't flow seamlessly together. A lot more emphasis is put on the look of the film rather than the story, characters, and dialogue. Those elements aren't bad per say, but they are still weak. 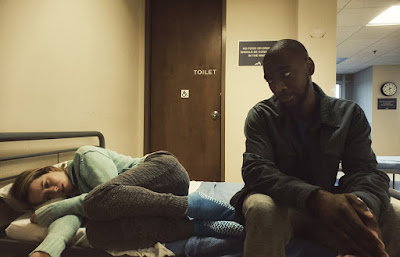 Overall, Unsane is enjoyable enough for what it is. It is certainly not a remarkable achievement in cinematic history, but it is definitely an entertaining watch. The cinematography stands out the most, particularly in how Steven Soderbergh shoots the film with an iPhone. It's not just a gimmick, something I was afraid would become the case. Rather, the aesthetic look of the iPhone complements the narrative and feeds into the story Soderbergh is trying to tell. He also capitalizes on the freedom of having a smaller camera, and captures his scenes from really interesting and unique angles and perspectives. The highlight of this movie is certainly the visual style. The performances are fine, but they could have been better. Claire Foy is a solid lead, and Jay Pharoah steals the show. Sometimes the performances can be wooden, and some of the dialogue is rather clunky. It's clear that more time was put on developing the visuals of this film rather than the characters, story, or dialogue. But since these elements are simply adequate but not terrible, it didn't bother me as much as it would in another case. In the end, Unsane is an entertaining watch. It's not going to be a movie I remember a year from now, or maybe even a couple months from now. But it's worth checking out for its innovative cinematography. If you are a fan of Steven Soderbergh and his style, then I would definitely recommend seeing Unsane. 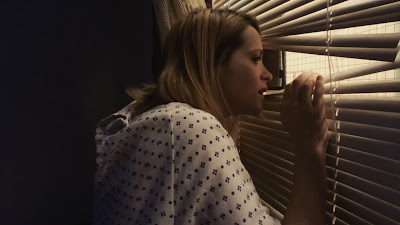 What do you think? Have you seen Unsane? If not, are you planning on seeing it? Leave your (spoiler-free) thoughts in the comments section below.