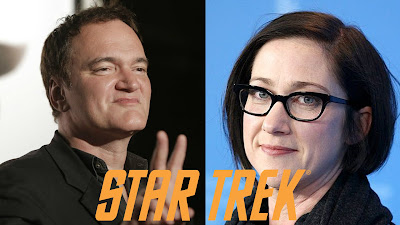 As soon as Star Trek Beyond hit theaters in 2019, we heard that J.J. Abrams had a plan for a fourth film. It would involve Chris Hemsworth coming back to portray Captain Kirk's (Chris Pine) father. After that initial announcement, we heard nothing. Beyond was not super successful at the box office, making $343 million worldwide on a $185 million dollar budget. Those aren't the kinds of numbers that would immediately warrant a sequel. However, after a long period of silence, we heard not too long ago that Quentin Tarantino had come up with a plan for a Star Trek movie and was working with Abrams on it. What we heard was that Tarantino had an idea, and a writers room had been assembled to flesh it out. The plan was for Tarantino to ultimately direct the film, after he finished Once Upon a Time in Hollywood. You can read our initial report on it here. We since have had no updates on either project. That is, until now. It has been confirmed that Star Trek 4 is officially in development, being written by J.D. Payne and Patrick McKay. Paramount is currently in talks with Jessica Jones and Bates Motel director S.J. Clarkson to helm the movie. Tarantino's film will come after Star Trek 4, which is said to be in a separate universe.

I never like it when someone makes their directorial debut with a big franchise film. Every director should start first with a smaller project, and then move onto the bigger films. So that does make me nervous about S.J. Clarkson directing. However, she has had years of experience directing television. That is not the same thing as directing a feature film, but it does give her an advantage over other first time directors. So, while I would have preferred an experienced film director, Clarkson clearly has talent. I am very interested to see what she does with the film. It is also interesting that they are moving forward with Star Trek 4. It seemed like they had completely switched gears when the Tarantino news first broke. But now it's apparent they are developing these as separate projects. And it makes sense that Star Trek 4 will be coming out first, since Tarantino will need time to finish Once Upon a Time in Hollywood before he can start his Star Trek film. As much as I like the cast of these new movies and would like to see more stories told there, I am much more interested in Tarantino's film. The prospect of a Star Trek movie done in Tarantino's style is absolutely fascinating to me. And hearing that it will be in a separate universe, unrelated to the current movies, gives me even more hope. Tarantino's style does not fit in with what Abrams has created, so by separating the two you give Tarantino more creative freedom, such as him potentially going for an R rating. Overall, I'm glad to hear both projects are in development, and I can't wait to see how they both turn out. 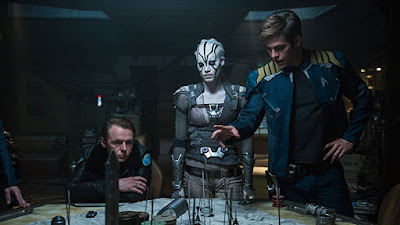 What do you think? Are you happy with the choice of S.J. Clarkson to direct Star Trek 4? Are you glad Quentin Tarantino is still doing his Star Trek film? Which of the two are you more interested in seeing? Leave your thoughts in the comments section below.