In 2015, Creed took everyone by surprise. The Rocky franchise had run its course, and now a spin-off film about Apollo Creed's (Carl Weathers) son is coming out? It seemed a little bit desperate. However, when Creed hit, it hit hard. Michael B. Jordan was absolutely fantastic. While he was already on my radar for Chronicle and Fruitvale Station, Creed just further showed what Jordan was capable of. Sylvester Stallone was so good that he was nominated for an Oscar for Best Supporting Actor that year. And Ryan Coogler once again proved just how talented of a director he truly is. After Creed, Coogler went on to direct Jordan once again in this year's Black Panther, and it was because of Black Panther that Coogler didn't direct Creed II. Instead, Steven Caple Jr. was brought on to direct, which did make me nervous. Caple Jr. has only directed one feature film, The Land, which I have never seen nor really even heard about. So while I've been excited to see another Creed movie, I haven't been sure how it will exactly turn out. But now we have our first trailer for Creed II, which hits theaters on November 21.

This is a really good first trailer. It doesn't tell us too much about the story, but it reminds everyone that Adonis Creed (Jordan) is back and is ready to kick some ass. Seeing the dynamic between him and Rocky (Stallone) is great, as that was one of my favorite parts about the first movie. Having Adonis be the cocky rookie and Rocky be the weathered veteran is so great, and I'm happy to see that continued in Creed II. This trailer shows us mere glimpses of the film, but it feels familiar. It feels like an announcement trailer, just letting everyone know that a new Creed movie is coming. And that's really all this trailer needs to be right now. All of the training shots with Adonis look great, especially the one with him boxing underwater. That's one that really caught my attention. It also seems like they're continuing the theme of Rocky coming to grips with his own mortality, which is a story line from the first film that I really liked. I think they could be foreshadowing Rocky's death in this movie, which would be ballsy but not entirely unexpected. And then, at the end, we get our first glimpse of Viktor Drago (Florian Munteanu), the son of Ivan Drago (Dolph Lundgren). It just makes sense that Drago is in this movie, since he is responsible for Apollo's death. I just hope that it doesn't come across as too cheesy that it's Ivan Drago's son fighting Adonis. Granted, it wouldn't make sense that Ivan would take on Adonis himself, but I hope the idea of the two protégés fighting doesn't feel forced or contrived. Overall, I'm really happy with this first trailer, and I can't wait to see Creed II when it hits theaters this fall. 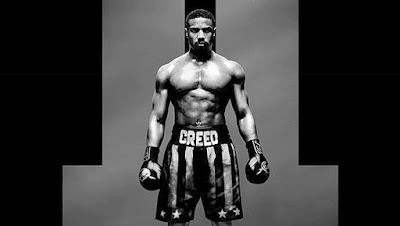 What do you think? Did you like the first trailer for Creed II? Are you planning on seeing the film? Leave your thoughts in the comments section below.