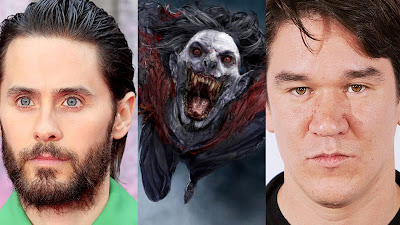 While Spider-Man is currently in the Marvel Cinematic Universe, Sony has been trying to make a series of films centered around Spider-Man characters just... you know, without Spider-Man. Venom hits theaters this fall, and the jury is still out on that one. The trailers haven't been extraordinary, but its all-star cast and incredible potential keeps me from immediately dismissing it. There is also Silver and Black, which was supposed to come out next year but has been pulled from the release schedule and is being completely reworked. We have also heard rumors of a Kraven the Hunter and a Mysterio movie, though the latter may prove to be tricky as Jake Gyllenhaal has been announced the play the character in the recently titled Spider-Man: Far From Home, which you can read more about here. But another film we heard awhile back that Sony was looking at doing was a Morbius movie, who is a character who has always interested me. I came to know him through the animated Spider-Man series, and he was one of my favorite characters on that show. He had a lot of complexity to him, and as a result I found him incredibly compelling. But now we know some new details on the Morbius movie. Academy Award winner Jared Leto (Suicide Squad, Blade Runner 2049) has been cast to play the Living Vampire, with Daniel Espinosa (Life) directing the film.

I was previously interested in this movie because I like the character, but I have never been a fan of these Spider-Man-less Spider-Man movies, as I like to call them. Venom can work because there is precedent for the character being on his own, but all of these other proposed movies center around characters who are innately tied to Spider-Man, and work best as Spider-Man villains. There isn't necessarily enough substance to these characters for them to lead their own films. But a Morbius movie could work, if it were treated as a regular horror vampire film with some comic book movie flavors added to it. But even though I thought Morbius could work, I haven't been thrilled about the idea of it so far. However, adding Jared Leto and Daniel Espinosa does pique my interest. I really liked Life, and I thought Espinosa proved he has talent when it comes to sci-fi/horror, which is what a Morbius movie would be. So I am very interested to see what a Morbius film would look like under his direction. And you're bringing in an Academy Award winner to play the leading role? How can that not get you at least a little bit excited? Now, I know there are a lot of people who don't like Jared Leto because of this or that, but you can't deny that the man is incredibly talented. Does a Morbius movie crack my top ten for my most anticipated movies of the next couple years? No, not at all. But with the additions of Jared Leto and Daniel Espinosa, am I interested to see what Sony is cooking up with this film? Yes, I definitely am. 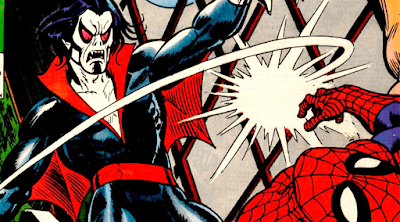 What do you think? Are you interested in seeing a Morbius movie? Do you like the additions of Jared Leto and Daniel Espinosa? Leave your thoughts in the comments section below.