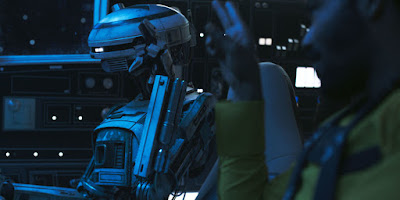 I don't think anyone was expecting Solo: A Star Wars Story to open as low as it did. Early projections said the movie would make around $150 million dollars opening weekend, which is a strong number for a movie like Solo. But it ended up actually making only $84 million. That is a terrible number for a Star Wars movie. And I actually liked the movie. It's nothing extraordinary, but it is entertaining and it is far better than I thought it was going to being. You can read our full, spoiler-free review here. It's sad that Solo opened so low (ha, get it?), but it's the unfortunate result of a series of factors that created a perfect storm. Nobody really wanted a Han Solo origin film, nobody wanted to see anyone other than Harrison Ford play the character, all of the film's production issues, the fact it was coming just a few months after the divisive Star Wars Episode VIII: The Last Jedi, the fact it was opening on Deadpool 2's second weekend... these all culminated in the movie opening to only $84 million dollars. You can read my special editorial here, where I go into more depth on these factors. With that opening weekend number, we knew things weren't going to be good for Solo's overall box office intake. And now we're hearing that Solo: A Star Wars Story will fall short of breaking even, and will most likely lose Disney $50+ million dollars.

Before Solo opened, this news would have shocked me. However, after seeing just how little it made opening weekend, and how it took a 65% drop in its second weekend despite the fact that nothing major opened to compete with it, this news doesn't really surprise me. In fact, it seems rather inevitable. This is going to be the first Star Wars movie that loses money, and that's crazy to think about. This is a warning to every filmmaker or producer behind giant blockbusters: your movie isn't guaranteed to make money. If a Star Wars movie can come out and lose $50 million dollars, any movie is susceptible. We just saw this happen with Justice League, which should have been a billion dollar film and only made about $600 million dollars worldwide, and Solo won't even reach that number! Studios can't just release anything and be guaranteed a hit; they have to take care of their franchises, and keep people invested. The DC movies divided fans, and it resulted in Justice League--their equivalent to The Avengers--making only $600 million dollars. The Last Jedi was divisive and Solo was underwhelming, and it now results in a Star Wars movie losing money at the box office. This needs to be a wake-up call for LucasFilm and Disney. This should show them that they need to reassess what they do with Star Wars going forward, because what they have been doing thus far is clearly not working. We go into more depth on this topic in our Solo: A Star Wars Story SPOILER Discussion, which you can watch here. Solo losing money is shocking because you wouldn't think a Star Wars movie could lose money, but it is not surprising when you consider all the factors that went into its poor opening weekend. Hopefully, we will now begin to see a change in how Disney handles Star Wars going forward, and Solo: A Star Wars Story will be the last Star Wars movie to lose money like this. 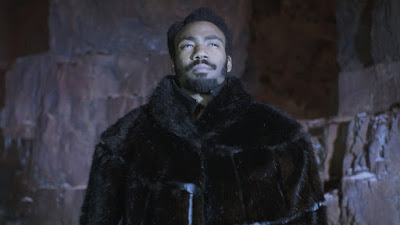 What do you think? Are you surprised Solo: A Star Wars Story is going to lose money? What should Disney do in the future to ensure this won't happen again? Leave your thoughts in the comments section below.

Written by: Nathanael Molnár
Email us your movie questions at: themovieparadise999@gmail.com
Like us on Facebook, and Follow us on Twitter and Instagram @movieparadise99
box office disney kathleen kennedy lucasfilm nate ron howard solo a star wars story star wars the hollywood reporter